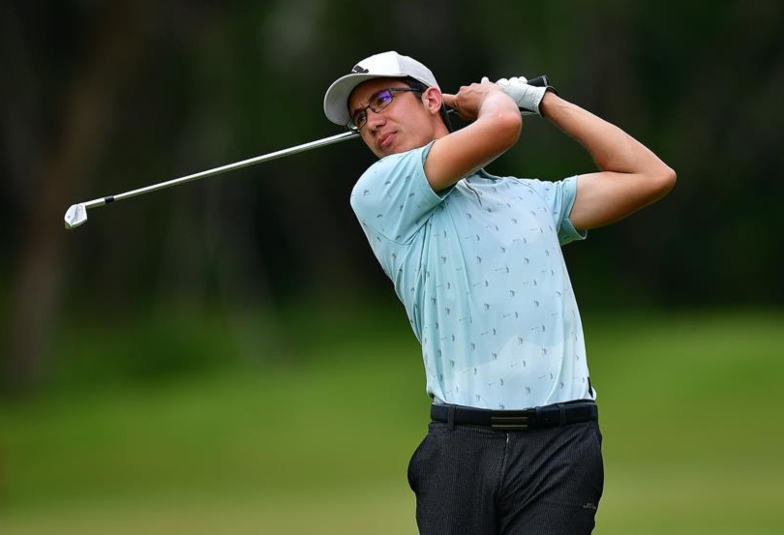 Jesse Yap missed the cut the last time he teed it up at Laguna Golf Phuket but it’s clear from his sizzling start to the Beautiful Thailand Swing that there is no lingering mental scar tissue five months removed from that eye-opening Asian Tour experience.

The 29-year-old Singapore professional bolted out of the blocks with a sensational six-under 64 Tuesday to snare the clubhouse lead at the $75,000 Laguna Phuket Challenge – albeit with an overnight asterisk after two rain delays meant 57 of the 143 starters were unable to complete their opening rounds.

Englishman Jack Floydd, the leading MENA Tour performer, shares second place a stroke back with Sarun Sirithon and Varanyu Rattanaphiboonkij on five-under, while another Thai duo, Suteepat Prateeptienchai and Pawin Ingkhapradit, carded 66s to be in the early mix.

After Tuesday’s big wet, the leaderboard will likely look different by the time those who ran out of light return early on Wednesday to complete their first rounds at the first of four BTS events to be jointly co-sanctioned by the Asian Development Tour (ADT) and MENA Tours over the next three weeks.

However it all shakes out early tomorrow, Yap has made a thoroughly impressive start in pursuit of a maiden ADT win– even taking into account his own, slightly more frustrating asterisk as he went off the boil late with a 62 or even better begging.

With four birdies in his opening five holes and two more before the turn, Yap negotiated Laguna’s outward nine in just 28 strokes. There were further gains on the 10th and 11th and by the time he walked onto the 14th tee, Yap was eight-under and had marked down no worse than a four on his scorecard. Sadly a bogey on 14 and another to close reversed some of the early momentum, not that Yap was grizzling.

After taking a teaching job at Sentosa Golf Club a year ago to help lessen the fiscal challenges most mini-tour pros faced during the pandemic, the fourth year pro is just happy to be back playing tournament golf. He’s clearly learned from his rounds of 71-72 for a three-over total at the Asian Tour’s Laguna Phuket Championship in December where he missed the cut by two shots.

“Yeah, started off very hot,” Yap said to also top the understatement of the day leaderboard.

“Hit a few shots in close and took the chances I had. I made three really good mid-range putts on 7, 10 and 11 to go 8-under through 11…a little disappointed with the finish dropping shots on 14 and 18 but still felt like I hit it solid coming in.

“I made a couple of mistakes there and the putts that dropped earlier in the round didn’t drop at the end. Overall very pleased and happy to start this stretch of events off on a positive note.”

While the focus was on Yap, Chanat Sakulpolphaisan’s opening 67 was noteworthy, the Thai making another solid start after finishing runner-up to American Dodge Kemmer at the ADT’s season-opening Gurugram Challenge in India early last month.

Kemmer has a start in the Asian Tour’s 41st GS Caltex Maekyung Open at Nam Seoul Country Club from Thursday and it seems Sakulpolphaisan doesn’t need a second invitation to ascend to the summit of the ADT Order of Merit.

He is one of seven players at three-under, Dubai-based Englishman Joshua Grenville-Wood among them. Grenville-Wood, who opened up on his battle with ADHD on the eve of the tournament, cancelled out two early birdies with a pair of bogeys in a topsy-turvy outward nine but came home with three birdies and a smile on his face. The hard work he has been putting in with UK-based short game specialist Alex Buckner is clearly paying off.

“I would’ve shot four over four weeks ago if it wasn’t for the short game work I’ve put in,” said the 24-year-old who sports the ADHD Foundation on his bag in support of the UK’s leading neurodiversity charity.

“I missed six greens and just scrambled so well. Had two really silly bogeys from being lazy but other that, it was pretty solid once I got going on the back nine. I definitely won’t hit it that bad tomorrow so should be good.”