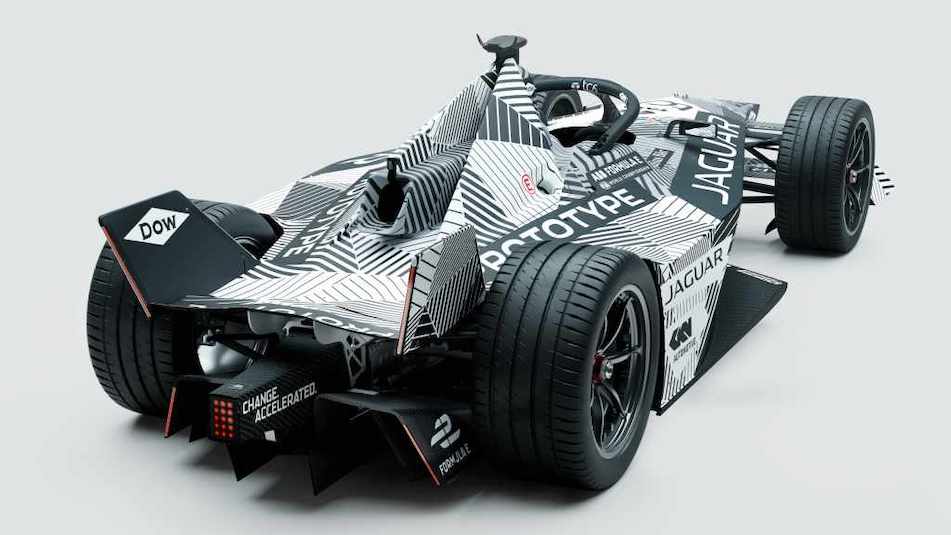 As part of a radical new approach, the team’s compelling test car livery gives a glimpse into the future for Jaguar TCS Racing

A bold and modern design, inspired by abstract art, the test car concept livery signals a dramatic presentation of the new Gen3 FIA Formula E race car for Jaguar TCS Racing as they commit long-term to the next era of Formula E.

The monochromatic scheme and impactful design adds a sophisticated feel to the British manufacturer’s test car, reflecting the wider Jaguar brand’s sustainability-rich reimagination of modern luxury. Jaguar will be reimagined as an all-electric luxury brand from 2025. The test car concept livery will be applied to the Jaguar I-TYPE Gen3 development race car during the important track test phase which starts shortly. The final livery for season nine will follow later in the year.

The lighter, more powerful and efficient Gen3 car will set a new performance benchmark for an all-electric race car. The Gen3 Formula E car will also demonstrate the rapid developments in fast-charging technology for electric vehicles and help deliver more exciting racing in some of the world’s largest cities. The Gen3 car will see power will increase to 350kW (currently 250kW).

The world’s most efficient race car will be capable of producing at least 40% of the energy used within a race from regenerative braking. As the first race car to feature both front and rear powertrains, 250kW regen is added to the front and 350kW regen added at the rear, more than doubling the regenerative capability of the current Formula E model. As a result, the Gen3 race car will be the first formula car not to feature rear hydraulic brakes. 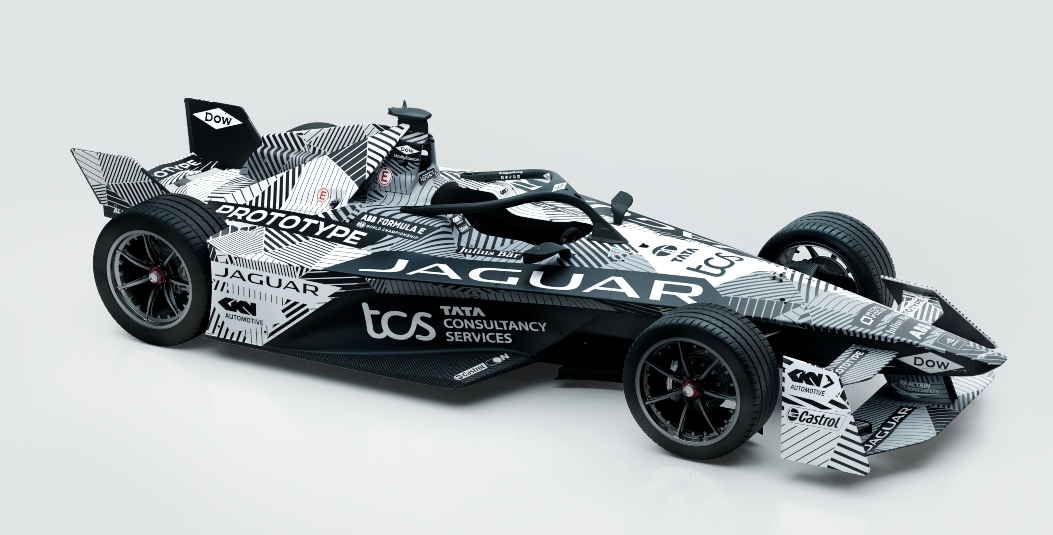 “Everyone is excited at Jaguar TCS Racing to reveal our test car concept livery for Gen3 with a fresh, modern design. The abstract livery marks a bold look for the team as we prepare for the next era of Formula E.

Gen3 is an important milestone for the World Championship with the most advanced electric race car we have seen. We expect the new Gen3 race cars to bring even faster, exciting and more dramatic wheel-to-wheel action in new city centre race tracks. The Jaguar TCS Racing team is ready to take on the new challenge and we are looking forward to compete with this new car and technology against the very best.” – JAMES BARCLAY, JAGUAR TCS RACING TEAM PRINCIPAL

From the start of next season, and for the new Gen3 era of Formula E, there will be four Jaguar powered Formula E cars on the grid. Jaguar will supply Envision Racing with its new powertrain technology including its high-voltage electric motor, inverter, transmission, cooling system, casing and suspension.

Jaguar TCS Racing engineers will now focus on the build, design and test of the Jaguar I-TYPE Gen3 challenger ahead of the official team and livery launch and Formula E testing later this year. This will sit alongside the team’s ongoing fight for the 2022 ABB FIA Formula E World Championship title with the sixth round taking place at the iconic Monaco street circuit at 15:00 local time on 30 April 2022.