Home 2020 Kiradech and Lahiri look for strong start to new season at Safeway... 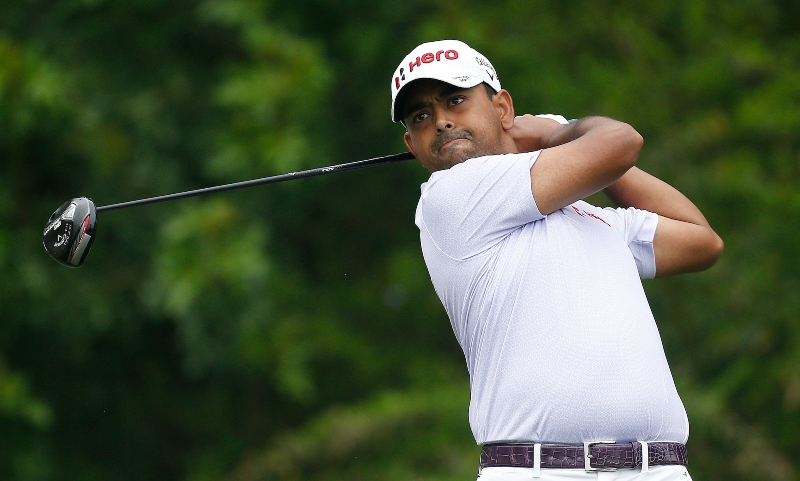 A new PGA TOUR season gets underway with the Safeway Open on Thursday and for some of Asia’s flagbearers competing on the world’s leading professional circuit, it is an opportunity for a fresh start.

Thailand’s Kiradech Aphibarnrat and Anirban Lahiri are amongst a strong Asian contingent gathered at Silverado Resort and Spa North in Napa, California this week where the 2020-21 season-opening event presents a chance for atonement for the duo.

For big-hitting Kiradech, the only Thai on the PGA TOUR, last season was almost a complete write-off as he featured in only seven tournaments and missed five cuts. No doubt, the three-month enforced shutdown due to the coronavirus threw a huge spanner in the works for the 31-year-old Thai star as he stayed primarily at his home in Bangkok to recover from a niggly knee injury and prepare for the new season.

“I’m looking forward to starting the new season on a good note,” said Kiradech on Wednesday.

“Missing out on the FedExCup Playoffs wasn’t fun but I just didn’t play well enough last season to qualify. Now that I’m rested, I’m ready to get going again and hopefully play some good golf which I know I’m very capable of.”

Starting in his third full season on the PGA TOUR, this will be Kiradech’s first visit to Silverado Resort, a course which rewards straight driving and where the par fives are scorable. In 68 career starts to date, the Thai, often dubbed as Asia’s John Daly, has posted nine top-10s, with a couple of third place finishes being his highest finish.

“It’ll be nice to put in a good week here and then build some momentum as we go into the new season,” said Kiradech ahead of what has been labelled as a “super” season featuring 50 official FedExCup tournaments – including 14 tournaments that were postponed or cancelled as a result of the COVID-19 pandemic.

Like Kiradech, Lahiri spent most of golf’s shutdown in his native India where he took the opportunity to rebuild his game from scratch with coach Vijay Divecha. The Indian featured in 13 starts last season, making five cuts.

His last top-10 on the PGA TOUR was nearly two years ago when he finished tied for 10th at the 2018 Mayakoba Golf Classic and Lahiri will be eager to regain the kind of form that saw him play in the Presidents Cup in 2015 and 2017.

“I’m feeling excited to start the new season here at the Safeway. Over the last few months, I’ve put in the hard work with my coach and I feel like I’m making really good progress and I’m eager to put my game to the test now,” said Lahiri.

“The important thing will be for me to play freely and to enjoy myself when I’m out competing again. It’s been a strange year with the pandemic but I think the TOUR has done a great job to get us out playing again in a safe manner. We’ve got a great schedule ahead for 2020-21 which I’m looking forward to playing my best golf again.”

Other Asians stars in the field this week include Korean trio K.J. Choi, Si Woo Kim and K.H. Lee, Chinese Taipei’s C.T. Pan and Xinjun Zhang, who enjoyed a small slice of history by becoming the first Chinese mainland golfer to qualify for the FedExCup Playoffs last month.