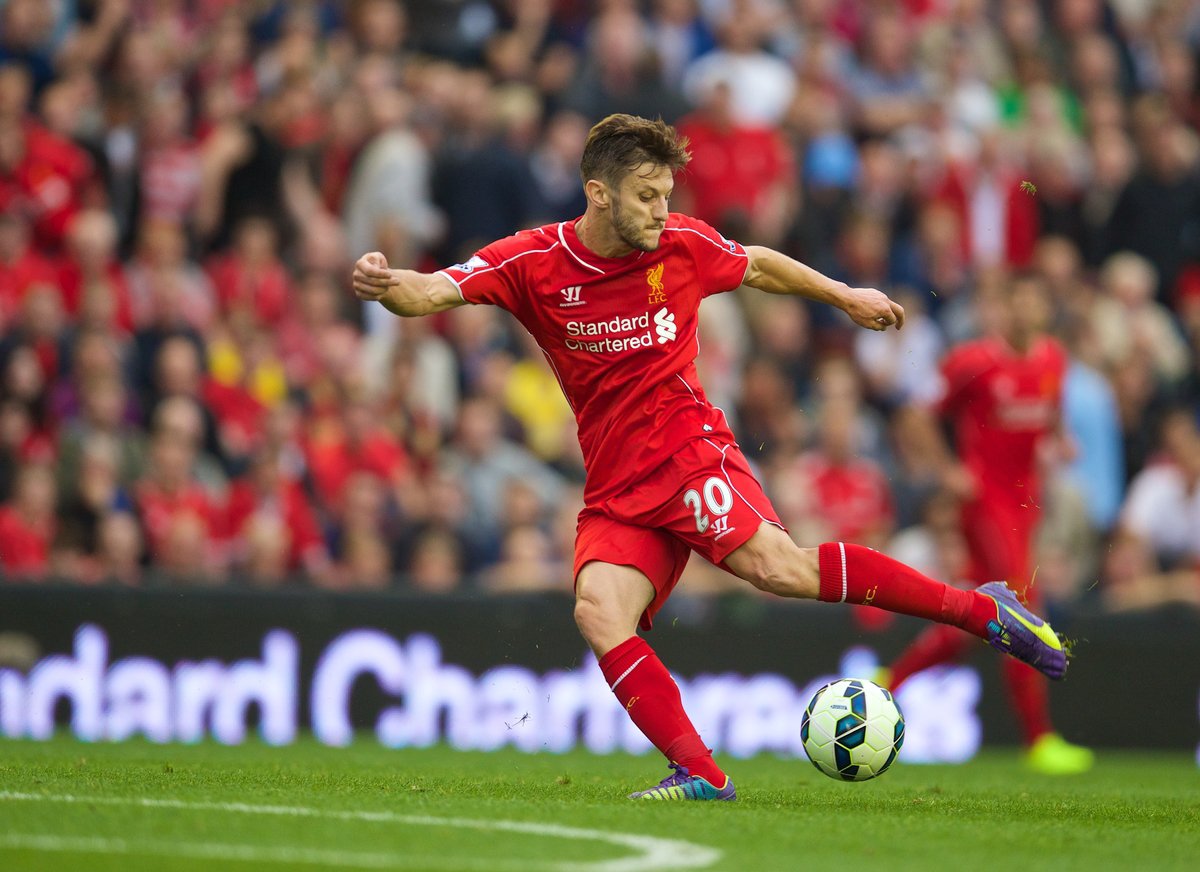 Adam Lallana fired Liverpool to their biggest home win of the season as the England midfielder’s brace inspired a 4-1 rout of Swansea on Monday.

Brendan Rodgers’ side scored four for the first time since March thanks to Lallana’s second half double after Alberto Moreno had put the Reds ahead in the first half at Anfield.

Jonjo Shelvey’s own goal completed the demolition of lacklustre Swansea, who had briefly threatened a revival when Gylfi Sigurdsson struck to reduce the deficit to 2-1.

As a result of their goal spree, the hosts climbed above Swansea into eighth place — five points behind fourth placed Southampton in the race to qualify for the Champions League.

With one defeat in their last 10 matches in all competitions and Lallana finally showing the class that persuaded Rodgers to pay £25 million (32 million euros, $38 million) to sign him from Southampton, Liverpool head into the new year with renewed belief that they can salvage a troubled campaign.

“It was a great performance against a very good side. I felt for the big part of the game we dominated,” Rodgers said.

“For me it was about getting back to performing well. Tonight we were convincing. We have to keep that intensity and work-rate.

“We know the work we need to put in but the players are starting to work together. We are a young side looking to settle in and play a type of football we find creative and exciting.”

Liverpool started brightly and Martin Skrtel towered above his marker at the far post to head straight at Swansea goalkeeper Lukasz Fabianksi.

The Reds threatened again as Raheem Sterling’s volley from Moreno’s cross drew a good stop from Fabianski but, when the rebound fell to Lallana, he blazed wildly over the crossbar from close-range.

While Liverpool were forcing Swansea back, they were still searching for the cutting edge that has been missing for much of the season and Philippe Coutinho could only produce a weak shot from the edge of the penalty area that was easily gathered by Fabianski.

Swansea enjoyed a sustained period of possession that ended with Wayne Routledge’s deep cross being met by Nathan Dyer, but the winger’s header was easy for Simon Mignolet to pluck from the air.

Rodgers’s side finally made the breakthrough in the 33rd minute with a flowing move started and finished by Moreno.

The Spanish left-back advanced to pick out Lallana, who in turn slipped Jordan Henderson into space on the left.

Moreno had carried on his run and met Henderson’s low cross into the six-yard box with a half-volley that crashed off Fabianski and into the net.

Coutinho fired into the side-netting from a tight angle after a mazy run as Liverpool pushed for a second goal.

Swansea midfielder Shelvey was fortunate to escape punishment from referee Andre Marriner before half-time when he caught Can in the face with a flailing elbow.

Liverpool have struggled to kill off opponents this season but they were gifted a second goal in the 51st minute.

Fabiasnki took an age on the ball after a back pass and his clearance smacked into Lallana and bounced over the embarrassed Swansea goalkeeper and into the net.

The visitors got one back a minute later when Sigurdsson converted from close range after Wayne Routledge’s cross dropped kindly for the midfielder.

But moments later Wilfried Bony was unable to beat Mignolet and Liverpool took advantage to kill off Garry Monk’s men in the 61st minute.

Coutinho’s deft flick sent Lallana through the midfield and he cut inside two defenders before striking low past Fabianski.

Seven minutes later, Henderson’s right-wing corner was flicked into his own net by Shelvey to seal the win.

There was still time for more controversy as Sterling flicked his hand in the direction of Federico Fernandez but avoided censure from Marriner. – Agence France-Presse