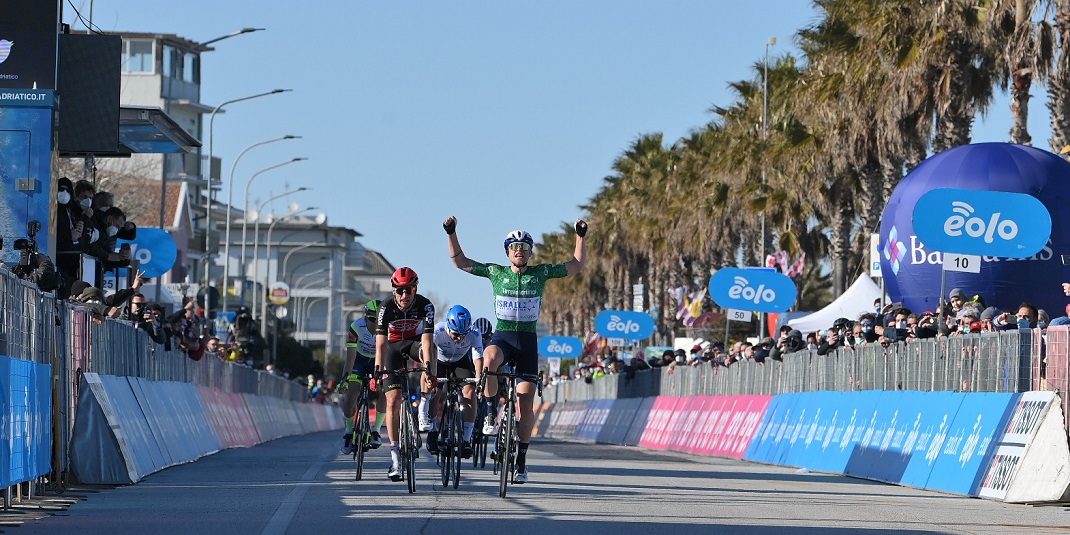 Mads Würtz Schmidt (Israel Start-Up Nation) has won the sixth stage of the 56th edition of the Race of the Two Seas, Castelraimondo – Lido di Fermo (169km), ahead of breakaway companions Brent Van Moer (Lotto Soudal) and Simone Velasco (Gazprom Rusvelo). Tadej Pogačar, who arrived with the peloton at 01’09”, retains the lead of the General Classification and wears the Maglia Azzurra.

The leaders and Mad’s quote

Speaking seconds after the stage finish, the stage winner Mads Würtz Schmidt, said: “I am extremely happy, after 5 years as a pro rider I’ve finally managed to win in the WordTour: it is incredible! On the last lap, I understood that we would make it and, with my breakaway companions, we cooperated until the final sprint. I want to thank my team, we came into this event with a plan to race in an aggressive way.”