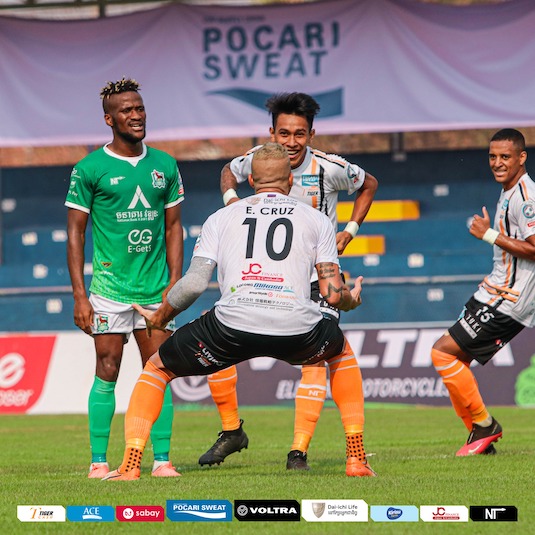 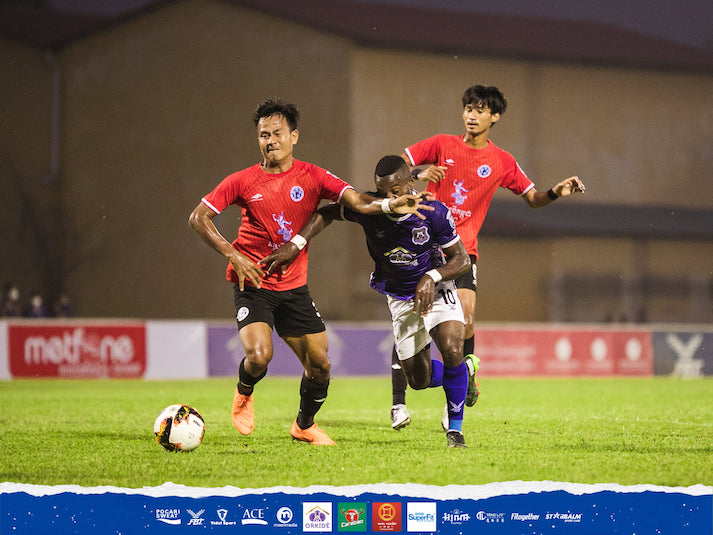 Angkor Tiger FC have taken the surprise lead in the Metfone Cambodian League (MCL) 2021 after picking up four points from two matches played so far.

Following from their 1-1 away draw against league newcomers Prey Veng in their season-opening tie last week, Angkor Tiger picked up their first full points of the new season when they dumped Kirivong Sok Sen Chey FC 2-0.

A goal in each half from Tang Sopheak (4th minute) and Long Menghav (64th) were enough for Angkor Tiger to deny Kirivong their second win of the season.

Kirivong had started their campaign last week with a 4-2 win over Asia Euro United.

On the other hand, Svay Rieng started the new season on a confident note when they thrashed Electricite Du Cambodge (EDC) 6-1.

The score at the end of the first half was 4-1 with Visal Soeuy (7th minute), Junco Martinez (19th), Prak Mony Udom (29th) and Marie Privat (31st) finding the back of the net for Svey Rieng as Sa Ty pulled a goal back for EDC in the 35th minute. 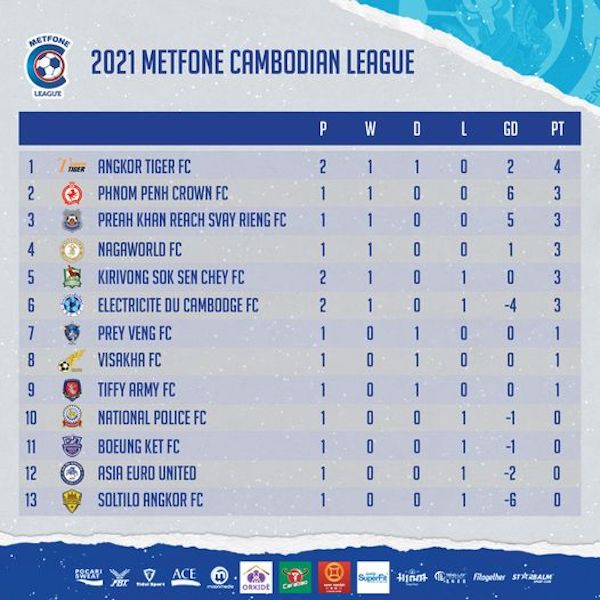