Home 2022 Magical Mugello – the “best place” to bounce back 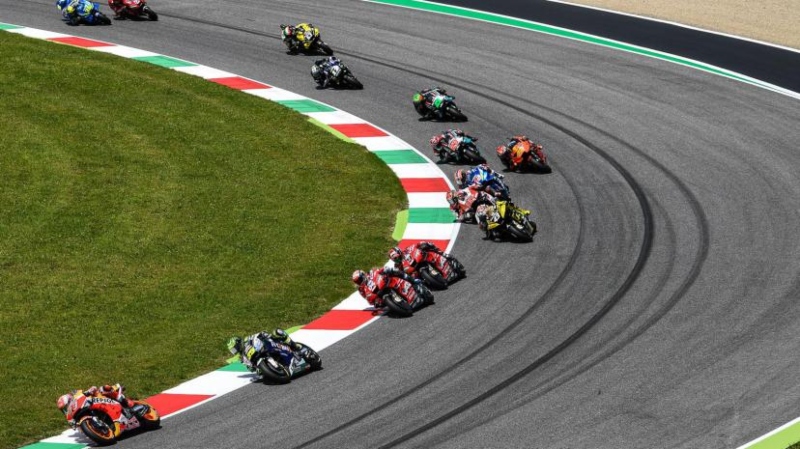 Track action at the Gran Premio d’Italia Oakley kicks off on Friday morning but as always, before the riders do their talking on the asphalt, it was time to chat all things Mugello as World Championship leader and 2021 Italian GP race winner Fabio Quartararo (Monster Energy Yamaha MotoGP™) was joined by Aleix Espargaro (Aprilia Racing), Enea Bastianini (Gresini Racing MotoGP™), Jack Miller and his Ducati Lenovo Team teammate Francesco Bagnaia in the pre-event Press Conference.

He may have won in Italy last year, but the question remains: how strong will Quartararo be on the Yamaha at a temple of top speed? Sector 2 and Sector 3 were pinpointed by the reigning World Champion as ones he’ll excel in, but the most important thing will be qualifying well and getting a good start.

Quartararo: “It’s difficult to say because it’s not bad tracks (including Catalunya) for us, but if we are in bad positions then it will be bad. I would say if we get a great start and great first lap it can change our race, the qualifying and first lap. Let’s see how it goes but I think the next two will be tough.”

The breaking news coming out on Thursday was Aprilia Racing announcing that both Aleix Espargaro and Maverick Viñales will be remaining with the Noale factory until at least the end of 2024. Coming into Aprilia’s home Grand Prix, Espargaro is on a run of three consecutive P3 finishes and second in the title race – and next week is the Spaniard’s home Grand Prix.

A huge couple of weekends face Espargaro and there is added pressure given where we’re going. But the same points are on offer, so the target remains the same.

Aleix Espargaro: “It’s two very important races for us. Mugello is very important for Aprilia, I’m very happy to ride in Italy in this way, with good results. We are actually leading the teams’ Championship for the first time in Italy for Aprilia, so it’s fantastic and next week it will, be my home GP.

A. Espargaro to debut “promising” new equipment in Italy

Following on from the Jerez Test, the Aprilia man believes the new RS-GP set up can help him maintain his Championship charge in Mugello

Mugello – the perfect place to bounce back for Pecco

It was a disappointing end to the French GP for Bagnaia after crashing out of second place, but lessons have been learned and the Italian admitted that there isn’t any better place to try and put things right than Mugello.

Bagnaia: “Yeah it’s normal sometimes you can make mistakes and my one was a bit too big, but it’s ok. I had time at home to learn from that and I think the best place to re-join is Mugello. I’m really looking forward to riding tomorrow, last year was good to me, everything went well apart from the race, but Sunday was one of the worst days we had during the season. Let’s think from the Championship and try to enjoy tomorrow.”