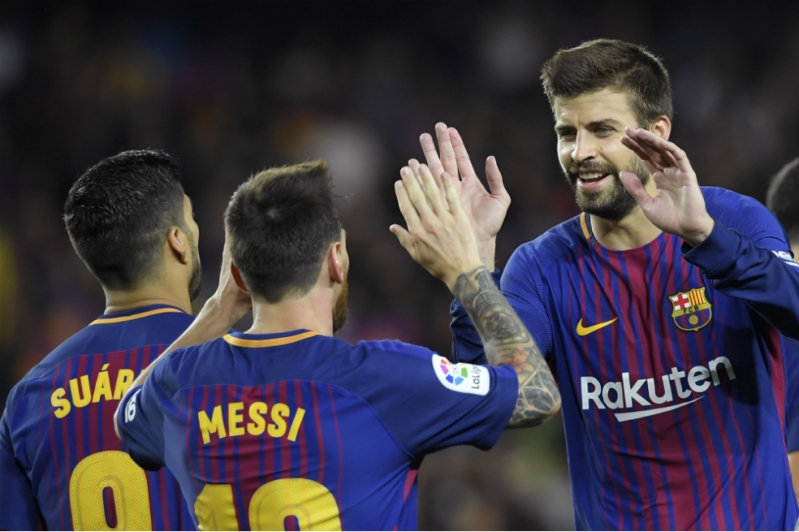 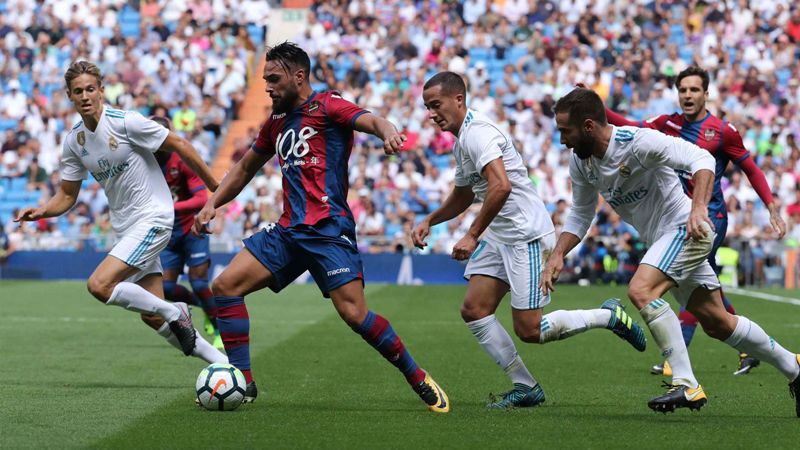 Lionel Messi’s hat-trick saw Barcelona move four points clear of Real Madrid at the top of La Liga as Ousmane Dembele marked his debut with an assist in a 5-0 rout of local rivals Espanyol on Saturday.

Earlier, Madrid paid for the absence of the suspended Cristiano Ronaldo and a series of missed chances by Gareth Bale as they were held to a shock 1-1 home draw by newly-promoted Levante.

Barca made no such mistake as for all their early season off-field problems, Ernesto Valverde’s men have taken maximum points from their opening three La Liga games.

Messi led the way with a virtuoso performance, but his opener also needed a huge slice of luck as he was wrongly not flagged offside from Ivan Rakitic’s through ball before blasting into the top corner.

Barca’s second arrived thanks to a counter-attack from an Espanyol corner led by Messi and Luis Suarez before Jordi Alba’s low cross was slotted home at the near post by the Argentine.

“It is a privilege to play with the best player in the world,” said Suarez.

“Game-by-game he keeps showing that Messi will be around for a long time to come.”

Messi put the outcome beyond any doubt by rounding off his hat-trick with another sharp finish from Alba’s cut-back.

Dembele has the unenviable task of replacing the departed Neymar and Barca’s 105 million-euro man had to wait until 22 minutes from time for his debut as he replaced Gerard Deulofeu to a standing ovation.

He showed why Barca have made the 20-year-old the third most expensive player ever as his pinpoint cross was swept home by Suarez to round off the scoring after Gerard Pique had headed home Barca’s fourth.

However, even a fine display didn’t dissuade the bad feeling towards Barca’s under-fire board after a chaotic summer in the transfer market and splits between the boardroom and the dressing room, with Messi and Andres Iniesta yet to sign extensions to their contracts which expire in 2018.

At the Santiago Bernabeu, a much-changed Madrid paid a heavy price for a slow start as they dropped points at home for the second consecutive game.

A Levante long-throw from the right was allowed to bounce inside Madrid’s six-yard box before Ivi Lopez spun and fired across Kiko Casilla into the far corner after just 12 minutes.

“We can’t be happy with our performance, above all in the first half,” said Real boss Zinedine Zidane.

“We don’t need to go crazy. We need to have patience and think about the next game, which is just around the corner.”

The hosts were dealt another blow midway through the first half as Karim Benzema limped off and with no other natural striker on the bench, Bale was forced to play as an auxiliary centre-forward.

Bale then had a huge chance to turn the game around, but was denied by a smart stop from the Levante keeper as he tried to curl the ball home with the outside of his left foot.

Marcelo saw a fierce effort from the edge of the box turned behind by Fernandez, but the Brazilian appeared to kick out at Jefferson Lerma as he hit the ground and was shown a straight red card.

Despite their numerical disadvantage, Madrid still nearly grabbed all three points as Toni Kroos’s effort from the edge of the area clipped the outside of the post.

Atletico Madrid also trail Barca by four points as without the suspended Antoine Griezmann they drew a blank in an intense 0-0 draw at Valencia.

Sevilla moved up to second, just two points behind the leaders, as goals from Paulo Henrique Ganso, Wissam Ben Yedder and Nolito secured a 3-0 win over Eibar. – Agence France-Presse 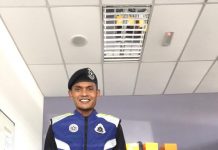 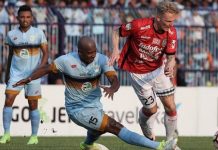