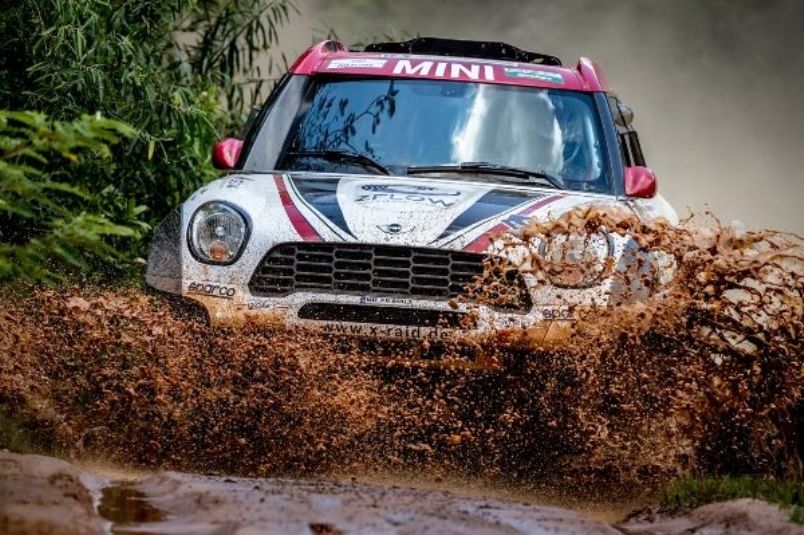 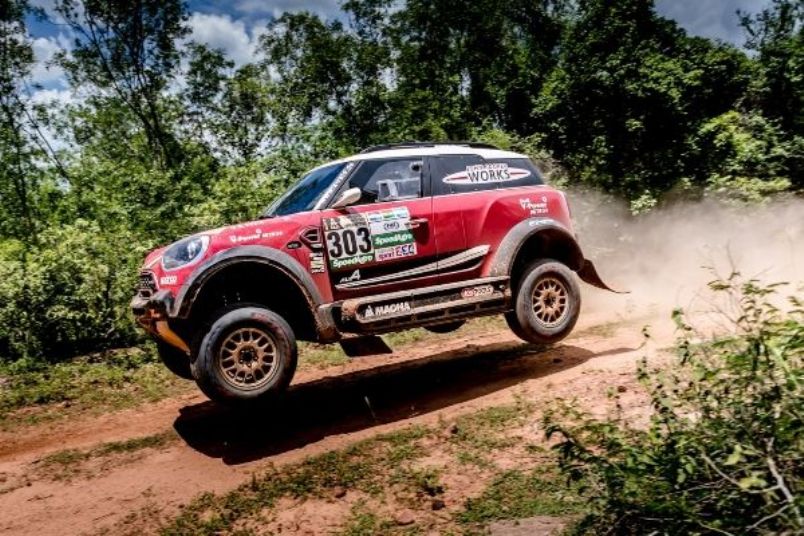 The 2017 Dakar Rally (2-14th January) is only hours away from its eagerly awaited starting time. Over 300 vehicles consisting of cars, trucks motorcycles and quads carrying nearly 500 competitors are readied and waiting for the start of the greatest off-road racing spectacle to be devised.

When the start flag drops, 316 vehicles will contest 9000 km of varied terrain, the elements and each other to achieve the honour of completing the Dakar Rally.

Three countries will play their part in the 39th edition of the Dakar Rally. The starting point this year is Asunción, the capital city of Paraguay. As the 12 stages of the 2017 Dakar Rally unfolds; the competitors will cross into Bolivia before completing (14th January) in Buenos Aires, Argentina.

Already in place after scrutineering and ready for the start are the eight MINI crews that make up this year’s MINI Family to contest the 2017 Dakar Rally.

Unfortunately, Bryce Menzies (USA) has had to step back from this year’s Dakar after a previous injury required surgery and further rehabilitation. Although a difficult decision to make with only a few days to go to the start of the 2017 Dakar Rally, X-raid and Menzies jointly opted for a ‘health-first’ approach in order to achieve a full recovery before the 2017 racing season.

Talking before the start of the 2017 Dakar Rally, fellow X-raid Team driver Mikko Hirvonen (FIN), who finished fourth in his first Dakar race in 2016, said: “Nothing still beats the experience from the Dakar itself so we just need to be humble and concentrate really hard for each day.”

Hirvonen is joined in the cockpit of the new MINI John Cooper Works Rally with his regular co-driver Michel Périn (FRA).

Also at the controls of a new MINI John Cooper Works Rally is the pairing of Yazeed Al-Rajhi (KSA) and co-driver Timo Gottschalk (GER). Like the rest of the MINI Family, Al-Rajhi is ready and waiting to start the 2017 Dakar Rally: “Everything is in place: I have a great car; a great co-pilot with Timo; and a great team to support us.”

Five other crews make up the MINI Family competing at the 2017 Dakar Rally to make it a truly international family of cross-country rally specialists.

Jakub Przygonski (POL) and Tom Colsoul (BEL) compete at Dakar under the banner of ORLEN Team. Przygonski’s experience with the MINI ALL4 Racing increased during 2016 and he and Colsoul are also keen for the Dakar to get under way.

Once again this international band of drivers and co-drivers of the MINI Family compete at the Dakar Rally with the knowledge that full race support comes from the experienced hands of MINI motorsport partner X-raid. This experience includes the MINI capture of four successive Dakar Rally wins (2012-2015), and four FIA World cup titles.