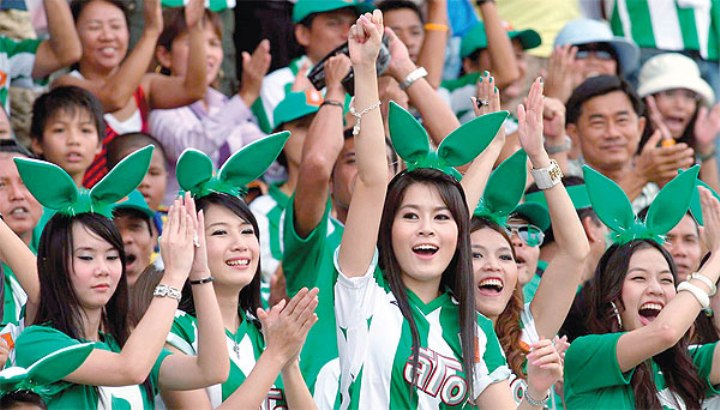 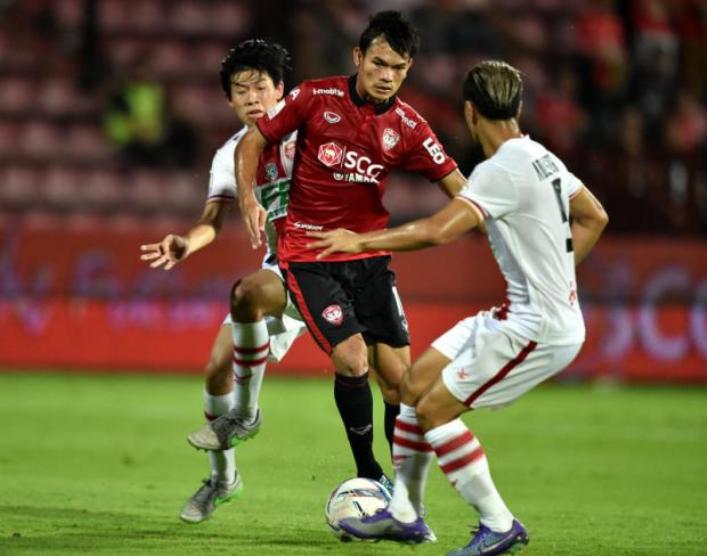 A red card each for Muang Thong and BEC Tero marred an otherwise even tempered match as Sivakorn Guiterrez struck the only goal of the game right at the hour mark.

Second-placed Bangkok Glass pulled up to the same nine points as Muang Thong when they beat Chainat 3-2 with midfielder Toti nailing the winner two minutes to the end.

Earlier, Toti had given Bangkok Glass the lead just before the break as Bordin Phala then added the second goal four minutes after the restart.

Chainat fought back with two goals of their own through Sho Shimoji in the 61st minute and then Jitpanya Tisut in the 84th minute.

Elsewhere, Bangkok United edged Army United 4-3 as Osotspa beat Siam Navy 1-0 and Suphanburi getting the better of Sisaket by the same score line.

Pattaya United were held to a 1-1 draw at home by Chiangrai United while Nakhon Ratchasima blasted BBCU 4-2.