Home International Nadal’s pursuit of No. 1 derailed by Canadian teen 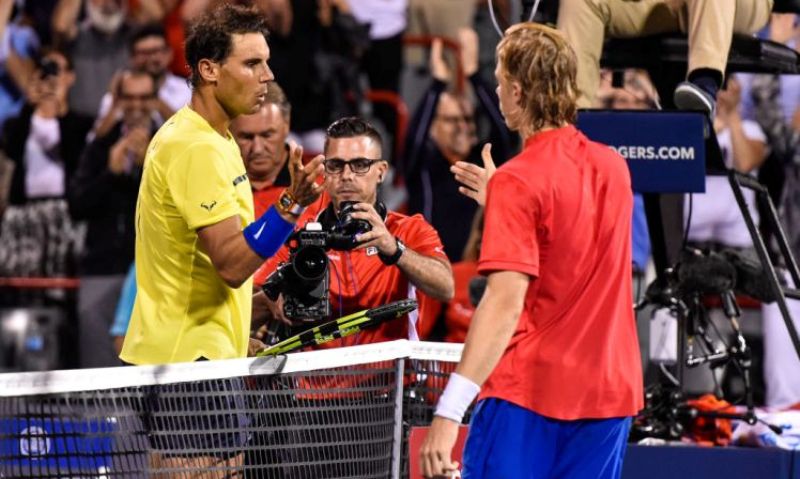 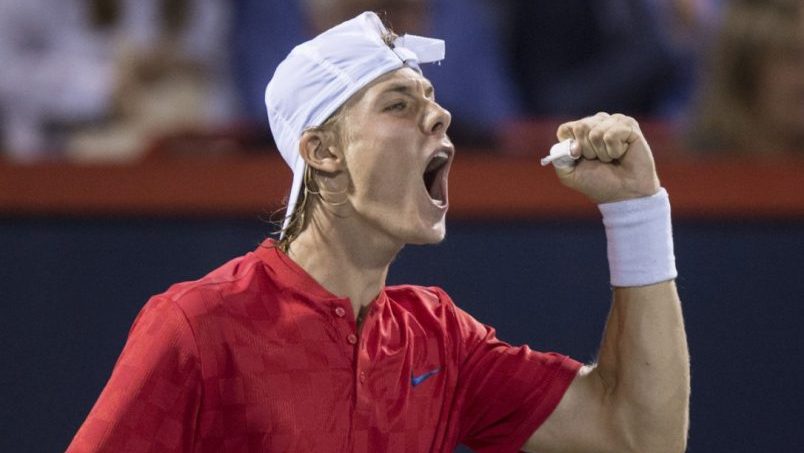 The 18-year-old Shapovalov continued his giant killing form at the hardcourt tournament by rallying to stun Nadal in three sets 3-6, 6-4, 7-6 (7/4) on Thursday.

“I was just swinging for the fences,” said Shapovalov, who needed a wild card to get into the tournament.

The 31-year-old Nadal would have returned to No. 1 in the world if he had reached the semi-finals.

But Nadal struggled to get the ball to Shapovalov’s backhand and didn’t have an answer for the Canadian’s blistering forehand winners.

Nadal described it as the worst loss of the season for him for a number of reasons.

“Worst loss of the year because I lost against a player with a lower ranking,” Nadal said. “At the same time because of the opportunity I had to get back to Number One.”

Shapovalov’s biggest win of his young career against the 15-time Grand Slam winner came as a result of some inspired tennis in front of a boisterous home crowd who cheered his every shot.

“He won. It is an amazing for him. It is a great story. I am not happy to be part of this story,” Nadal said.

Shapovalov, who is ranked 143rd in the world, quickly got on a roll in Montreal, beating Brazil’s Rogerio Dutra Silva in the opening round 4-6, 7-6 (10/8), 6-4. He then defeated former US Open winner Juan Martin Del Potro in the second round in straight sets 6-3 7-6 (7/4) to set up the showdown with Nadal.

Shapovalov fell behind 3-0 before winning seven of the final eight points of the third set tiebreaker. He closed out the match with a forehand winner down the line and celebrated by falling onto his back then covering his face with his hands.

Nadal easily won the first set but couldn’t put the free-swinging Canadian away with a second set victory.

The third game of the second set lasted 14 minutes with Shapovalov finally holding serve when Nadal’s volley sailed into the net. Shapovalov managed to win the game despite double faulting three times.

“Was it only 14 minutes?,” Shapovalov asked. “It felt like three hours.

“I just kept fighting. I knew it was going to be really tough. I went for my shots in the big moments and I caught a couple of lines got a little bit lucky.”

Shapovalov said he didn’t think he had a chance to win at all before the match. It wasn’t until he levelled the sets at one each that he realized he could beat the 10-time French Open champion.

“The whole day I was like – there’s no chance. I will go and have fun but there is no way I am beating this guy,” Shapovalov said.

“I went up a break in the second set early and even though he broke me back I felt like – OK, I am capable of breaking him.

“So when I won that second set I thought let’s go one more set and who knows, anything can happen.”

Shapovalov blasted a total of nine aces. He also had seven double faults and won 67 percent of his first serve points.

“It is incredible. I can’t even talk right now. I grew up watching Rafa so just to be able to compete with him is one thing but to come out winning is a dream come true for me.”

This is a setback for Nadal in the buildup to the US Open starting August 28 but he still has a chance to regain No. 1.

“The worst thing is playing bad in matches that really matter,” Nadal said. “You have to win these matches. I didn’t today. I have another week in Cincinnati and then I have the Grand Slam coming.”

Elsewhere on Thursday, Roger Federer maintained his career-long winning streak over David Ferrer with a 4-6, 6-4, 6-2 victory to reach the quarter-finals after a three-set battle with the veteran Spaniard.