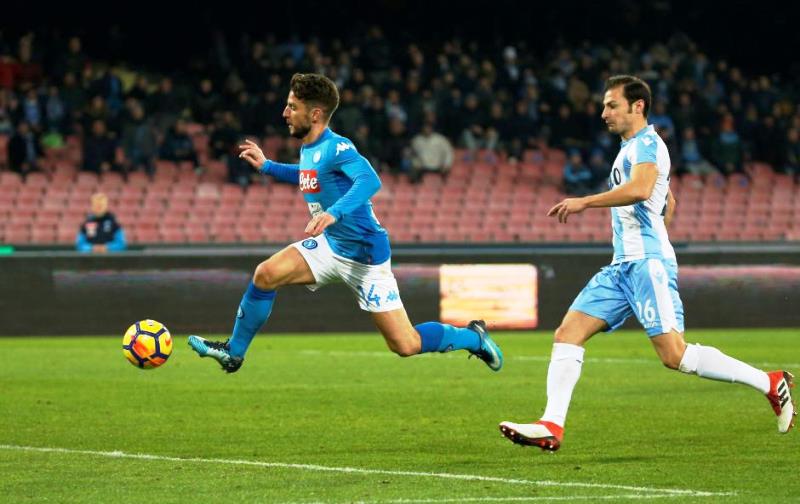 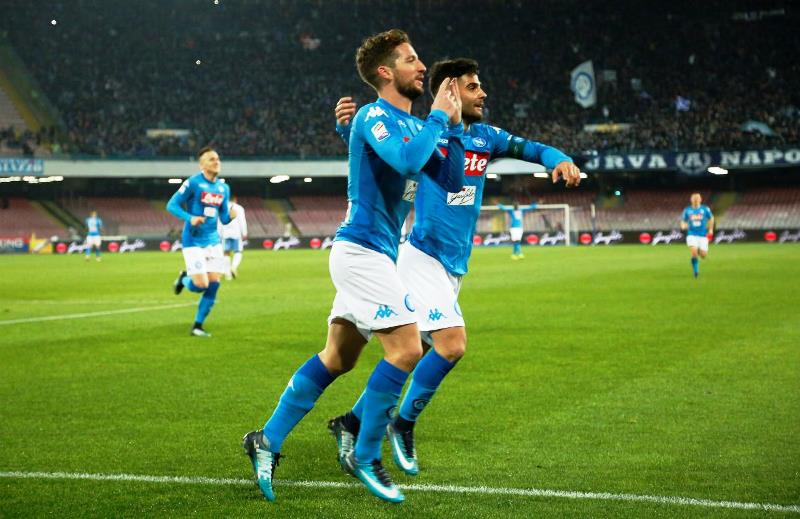 Napoli stamped their authority on the Serie A title race with a come-from-behind 4-1 thumping of Lazio on Saturday to reclaim top spot from champions Juventus.

Juventus’ 2-0 win in Fiorentina had put them top on Friday, but Maurizio Sarri’s side responded in style to maintain their one-point advantage over the six-time defending champions.

It was a third straight defeat for Lazio whose position in third — 17 points behind Napoli — is now threatened by Inter Milan and Roma who host Bologna and bottom side Benevento respectively on Sunday.

“It was a win earned with heart and soul,” said Napoli goalscorer Jose Callejon of his side who are targeting a third Serie A title and first since 1990.

“We are working together to achieve the dream. We’ll give our all to the end. We’ve had this dream in our minds since the first day of pre-season training and must continue like this.”

Lazio had taken the lead in Naples when Dutch defender Stefan de Vrij scored in the third minute at the San Paolo Stadium from a Ciro Immobile cross, before Spaniard Callejon pulled the hosts level just before the break.

Napoli’s second came from an unfortunate Lazio own goal as Brazilian defender Wallace tried to intercept a Callejon centre on 53 minutes only to send the ball past his own goalkeeper Thomas Strakosha.

Lazio were reeling two minutes later when left-back Mario Rui scored with a long-range effort which took a lucky deflection off Piotr Zielinski, with the Polish midfielder setting up Dries Mertens, back after an ankle injury, for the fourth and his 15th goal in Serie A this season after 72 minutes.

“I saw an unaccpetable Lazio,” said coach Simone Inzaghi. “We deserved to lose. We weren’t in the game in the second half and against Napoli you pay.”

Striker Cutrone, 20, took centre stage with Nikola Kalinic injured and Davide Calabria suspended, opening the scoring after two minutes in Ferrara off a rebound and doubling the lead from close range on 65 minutes.

Argentine Biglia got his first Milan goal on 73 minutes with Borini coming off the bench to score as Milan recorded a fourth win in their last five Serie A games.

“We mustn’t think that this result will solve our problems,” insisted Milan coach Gattuso.

“We have to keep working to improve. The only thing I ask the lads is not to stop believing in our possibilities.

Gattuso’s side move up to seventh, still just outside the Europa League places.

“The Champions League? We have to focus on one game at a time and the next one is a Europa League game next Thursday. We want to move forward in Europe,” said Cutrone.

“The decisions are not down to me, but I am convinced that we’ll achieve our objective,” said Semplici.

Atalanta — who take on Borussia Dortmund in the Europa League in midweek before an Italian Cup semi-final against holders Juventus — slipped behind Milan after a 1-1 draw under heavy rain at Crotone.

A goalkeeping error allowed Rolando Mandragora to open the scoring for the hosts in the 80th minute on a waterlogged pitch in Calabria, before Jose Luis Palomino grabbed the equaliser — his first Serie A goal — two minutes from time.

It was a missed opportunity for Atalanta in the race for Europe, when a win would have taken them up to sixth. – Agence France-Presse