Valencia boss Gary Neville admitted his side’s 7-0 Copa del Rey semi-final mauling at the hands of Barcelona on Wednesday was one of his worst nights in football but he refused to quit.

Luis Suarez scored four and Lionel Messi added a hat-trick as Barca rendered next week’s second-leg meaningless with what Valencia sporting director Jesus Garcia Pitarch described as one of the worst results in the club’s history.

Neville has yet to win in eight La Liga games since taking his first managerial role in December and with Valencia set to visit fellow strugglers Real Betis on Sunday, Pitarch refused to give his full backing to Neville staying in charge beyond the weekend.

“I wish Betis game started in 10 minutes. It’s going to be a painful three or four days,” said Neville.

“This was one of my most painful days in football. They happen, I had some as a player, now as a manager, but, when you give the ball away close to your own goal three times in first 15 minutes, you get punished.”

Neville refuted suggestions he may be considering resigning and refused to answer more questions when pressed on his future.

“Positivity has been immovable in my life. When I have moments like this I don’t enjoy them at all, it was painful. I stood out there both halves feeling helpless, trying to change it in some way, knowing the tide of the game was against us.

“We were playing against a fantastic team, keep that in perspective, but the scoreline is unacceptable.

“I need to make sure everything in the players’ minds now shifts to Betis. Be clear, we have to deliver on Sunday.

“I feel most for fans. It’s their club and tonight they suffer very badly. I have to make sure tomorrow morning I have a team in for training and work out how we can get in a positive frame of mind on Sunday.”

Pitarch also apologised to the club’s notoriously demanding fanbase and admitted he had met with club president Lay Hoon Chan after the match.

“We have had a meeting to see what our reflections were on the game.

“We know what we have to do. We know the situation the club is in is difficult. We have to reflect internally whilst recognising we have caused tremendous disappointment to our fans.” – Agence France-Presse 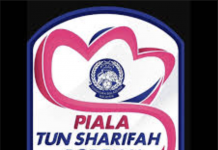