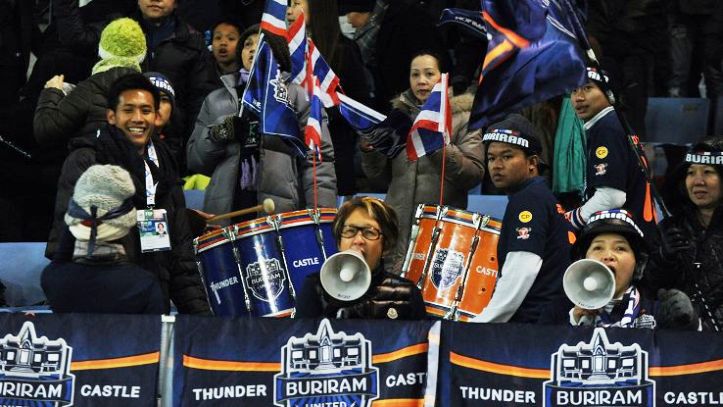 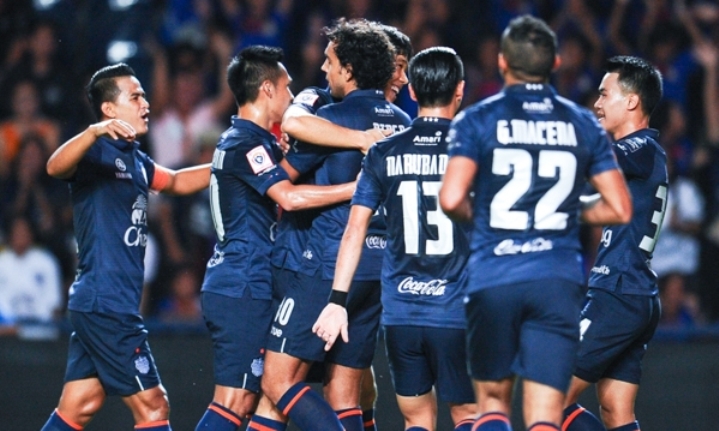 BURIRAM United president Newin Chidchob expressed anger yesterday after finding that several dozen Thais who said they were fans of the club went missing soon after arriving in South Korea for a match against FC Seoul on Wednesday.

“I felt disgusted and let down with the act by people, who claimed to be Buriram supporters, that damaged the trust South Korea have with general Thai fans,” Newin said.

“We had more than 100 people for this trip. We really thought they were genuine sport fans who came with the heart to support the team. But 13 of them were sent back home when we arrived at Incheon Airport because they were charged with trying to sneak into South Korea in the past.

“Then, just after we stepped out of the passenger hall, 40 more people got in a van that took them away from the airport.

“There were also other people who did not travel with our group but they sported a cap and the club’s jersey. But what disturbed me most was that they wore fake gear.

“They told Korean immigration officials that they came to support Buriram. However, I suspected that they also attempted to sneak into the country. It’s something that should never happen. What they did severely damaged the dignity of Thai people and sport fans.”

Newin, whose side has been knocked out of the competition at the group stage for three years in a row, said the club would try to ensure such an incident does not happen again in the future.

“From now on, we will have to check people more strictly who want to join our trips abroad. Whoever thinks of doing something like this, I beg you not to do it, because it tarnishes the image of the country.

“Should it happen again, it would have a negative impact on Thai fans travelling to support Thai teams in any kind of sport in South Korea next time. They are likely to face more difficulty in entering the country.

“I would opt not to have any fan at the venue rather than allow them to join the trip and do what damages the reputation of the club and country,” the Buriram boss said.

Newin said his club would send a letter to the South Korean Embassy in Bangkok to explain the incident and that they had nothing to do with what occurred.