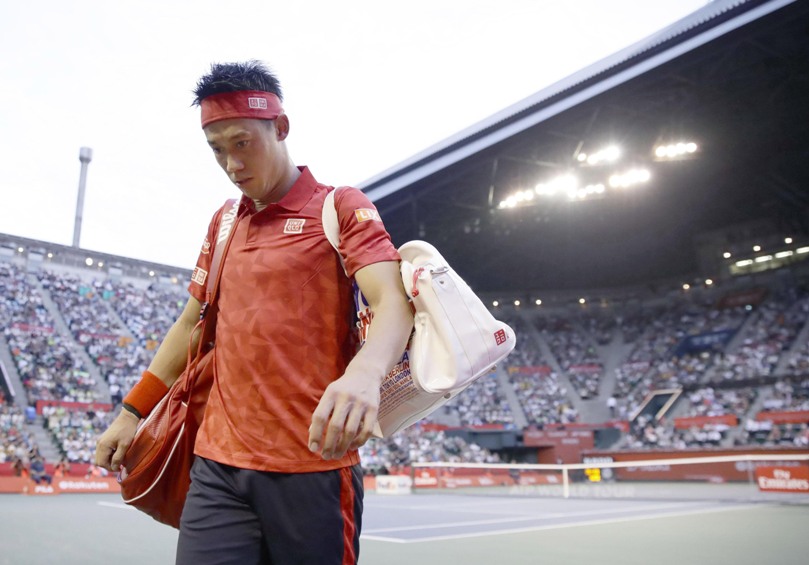 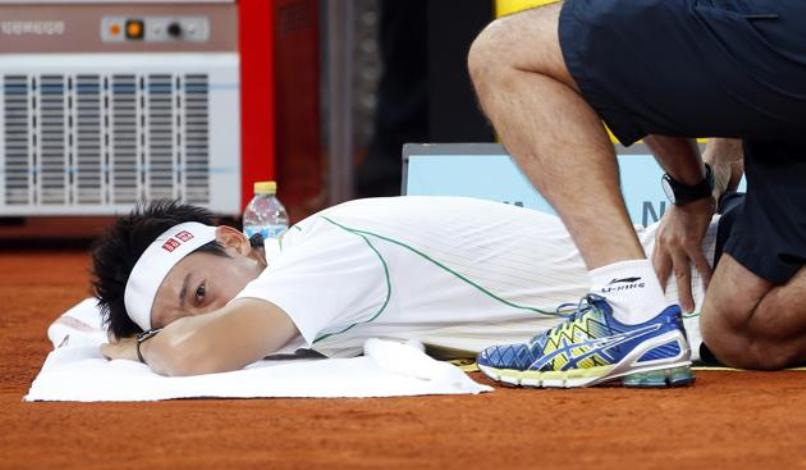 Top seed Kei Nishikori withdrew from the Japan Open Wednesday due to a buttock muscle injury, disappointing home fans hoping he could recapture the trophy.

The world number five became the latest star to pull out of the injury-plagued tournament, after US Open winner and defending champion Stan Wawrinka withdrew due to a back injury.

Nishikori retired during the first set of his second-round match against João Sousa of Portugal, ranked 34th in the world.

Going into the match, Nishikori looked to be in solid shape, comfortably building a 3-0 lead as he made his rival run back and forth across the hard court at Ariake Colosseum.

But the 26-year-old requested a medical timeout, asking his trainer to massage the left side of his lower back.

Resuming the match, Nishikori was clearly a different man, grimacing at times, although he managed to hold his service game to make it 4-0 before his legs gave up.

Sousa quickly made it 4-3, and Nishikori was forced to withdraw 41 minutes into the match.

The Japanese star, title winner in 2012 and 2014, voiced disbelief at the outcome.

“Until a second ago, I was feeling really good and made it 3-0” before things deteriorated, he told a press conference after the match.

“I still cannot believe what happened.”

Gilles Muller of Luxembourg advanced to the second round by defeating Czech third-seed Tomas Berdych, winning the first set in a tie break before dominating the second set to claim victory 7-6 (9/7), 6-1.

Berdych also asked for a medical timeout in the second set, but stayed on to finish the match. – Agence France-Presse