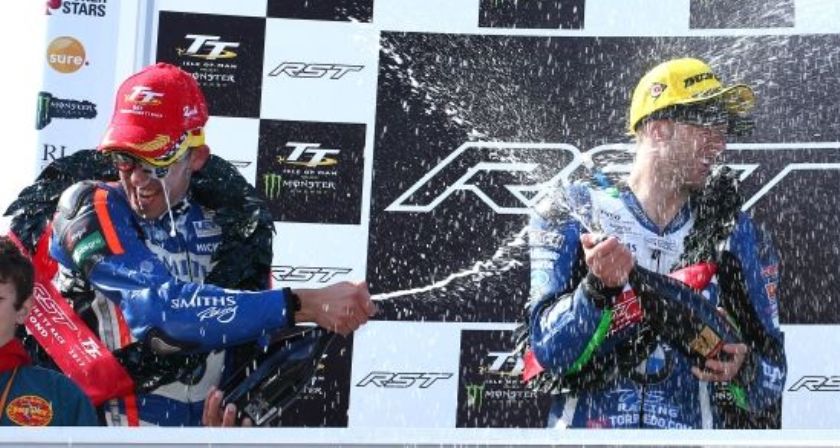 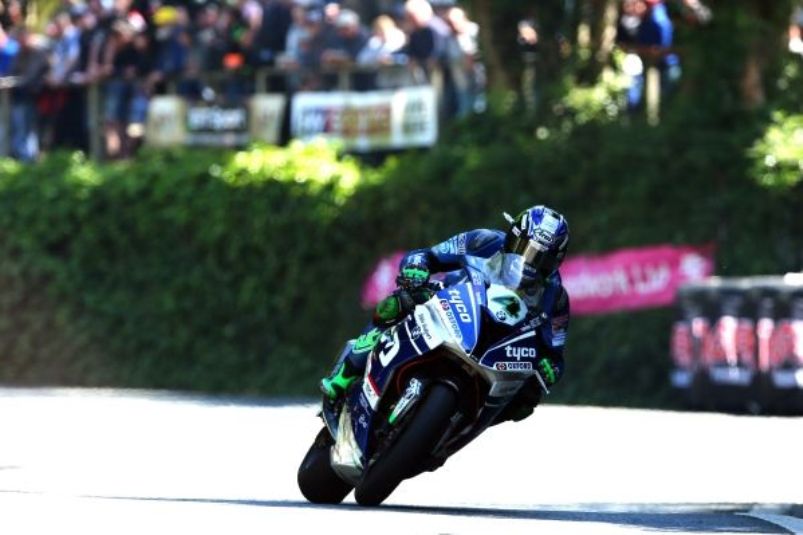 The first 1000cc race of this year’s Isle of Man Tourist Trophy is completed and it ended with a 1-2 victory for the BMW Motorrad Motorsport racers. In an exciting race, Ian Hutchinson (GBR) took the win and Peter Hickman (GBR) finished second.

The BMW S 1000 RR riders have also been in action in the USA at the weekend, and claimed a top-8 result in the MotoAmerica FIM/AMA North American Road Racing Championship (AMA).

The 2017 Isle of Man Tourist Trophy has kicked off with a fantastic result for the BMW Motorrad Motorsport riders: a 1-2 success in the opening Superbike race. Bad weather causes massive delays in the schedule; practice sessions had to be canceled and the six-lap Superbike race had to be postponed from Saturday to Sunday.

When the 1000cc racers finally took to the Mountain Course, they offered the countless fans along the roads an exciting battle for the win. Ian Hutchinson (GBR) took the lead with his Tyco BMW S 1000 RR at the end of lap three and extended it to 11 seconds.

However, he then lost time due to traffic and yellow flags, allowing his rivals, among them Peter Hickmann (GBR) on the Smiths Racing RR, to close the gap again. An ultra-quick pit stop of his Tyco BMW crew and Hutchinson’s speed and experience were the key to victory: Hutchinson took the win with an advantage of five seconds over second placed Hickman. It was “Hutchy’s” 15th TT victory, while Hickman celebrated his maiden TT podium.

Ian Hutchinson: “We had been practicing our pit stops throughout the week when it wasn’t raining and again in the morning before the race which has definitely paid off.  There was a lot of traffic through the race with back markers – but I have learnt through the years not to panic about them and just do your best and get past them as safely and as smoothly as you can – it’s part of a typical six lap TT race. A massive thanks to the whole Tyco BMW team that has delivered everything that I have asked for, and trusting what I thought would work. The team has deserved the big bike win – they put so much work and effort into all the bikes and they always look impeccable when you walk up to them – it makes you want to win on it.”

Peter Hickman: “I’m delighted with my first ever TT podium. Although I was a bit steady at the beginning of the race, I gradually got into it. The lack of practice has affected us all and we’re not lapping as quickly as we were last year and although I got to within two seconds of Hutchy, I knew how strong he’d be over the Mountain. P2 was a great start to the week.”

Dan Kneen: “It’s been a very good race and I am more than happy with this fifth in a big bike’s race. Its not only my best result in the Superbike and Senior races, but also for the whole Penz13 team and I am delighted to see everyone so happy.”

The bad weather continues to cause delays in the race week schedule. All racing planed for Tuesday was cancelled. This also affected the Superstock race that had been already postponed from Monday to Tuesday and will now be held later in the week.

As the Isle of Man Tourist Trophy is part of the BMW Combined Road Race Challenge (BMW RRC), the results are counted towards the BMW Motorrad Race Trophy. 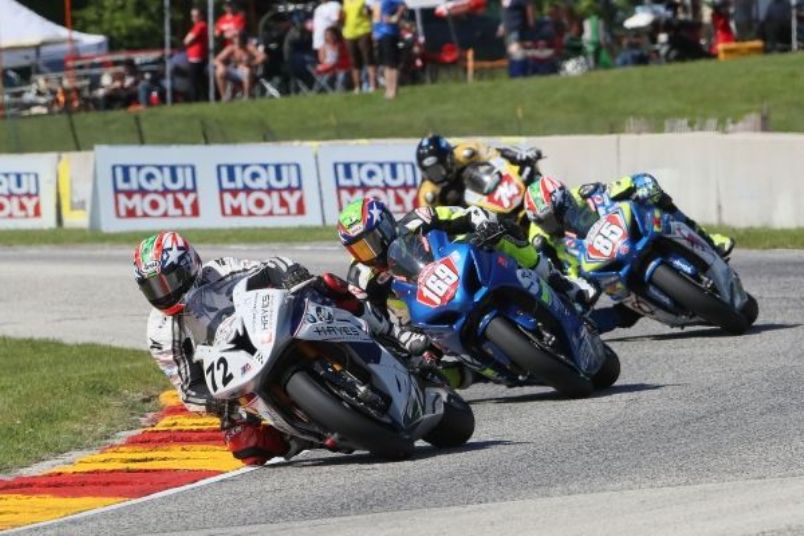 The BMW road racers were not the only ones in action at the weekend – the BMW S 1000 RR riders were also racing in the MotoAmerica FIM/AMA North American Road Racing Championship (AMA). They competed in the fourth round of the season at Road America (USA). The highest placed BMW racer was Larry Pegram (USA) on the BMW S 1000 RR of team Scheibe Racing / Hayes Brake. In race one, he was 11th while in race two, he secured a top-8 finish, crossing the line in a strong seventh.