The annually staged endurance race is scheduled to start at 1300hrs on Saturday and end around 2200hrs the same evening. Teams and their drivers will start to register on Thursday and undergo safety briefings and free practice sessions before taking part in the qualifying sessions on Friday evening

As with previous editions of this race, which is open to production cars below 1900cc, the competitiveness amongst teams is very high as they all try and outdo each other on the world-class circuit. This year will be no different as the reigning champions, the Honda Malaysia Racing Team, along with their rivals will be pushing themselves to edge in their quest for success.

Last year’s race eventually narrowed down to a four-way battle that was finally won by Aaron Lim and Eddie Liew, who sensationally snatched the chequered flag after 181 grueling laps.

“Due to the intense level of competition, teams have invested significantly on their drivers, machines and personnel. Teams take a long time to prepare for this event to ensure they are in the best of conditions to launch an assault on the title. Competing in an endurance race such the Sepang 1000km is serious business,” said SIC CEO, Datuk Razlan Razali today. “This race will cap a fantastic end to a brilliant year of racing at SIC.”

He added entries have started coming in and he expects a fully loaded grid this year. “This race always attracts the best teams and drivers in the country. Entries are still coming in and we will have a clearer picture of the teams by registration on Thursday.” International entries from Australia and Japan have also been received thus far.

In addition to the Sepang 1000km Race, there will also be the Asia Cup and the Asian Le Mans Series events taking place this weekend. There will also be an interesting Carnival, which includes activities like a car boot sale and car show on Saturday. 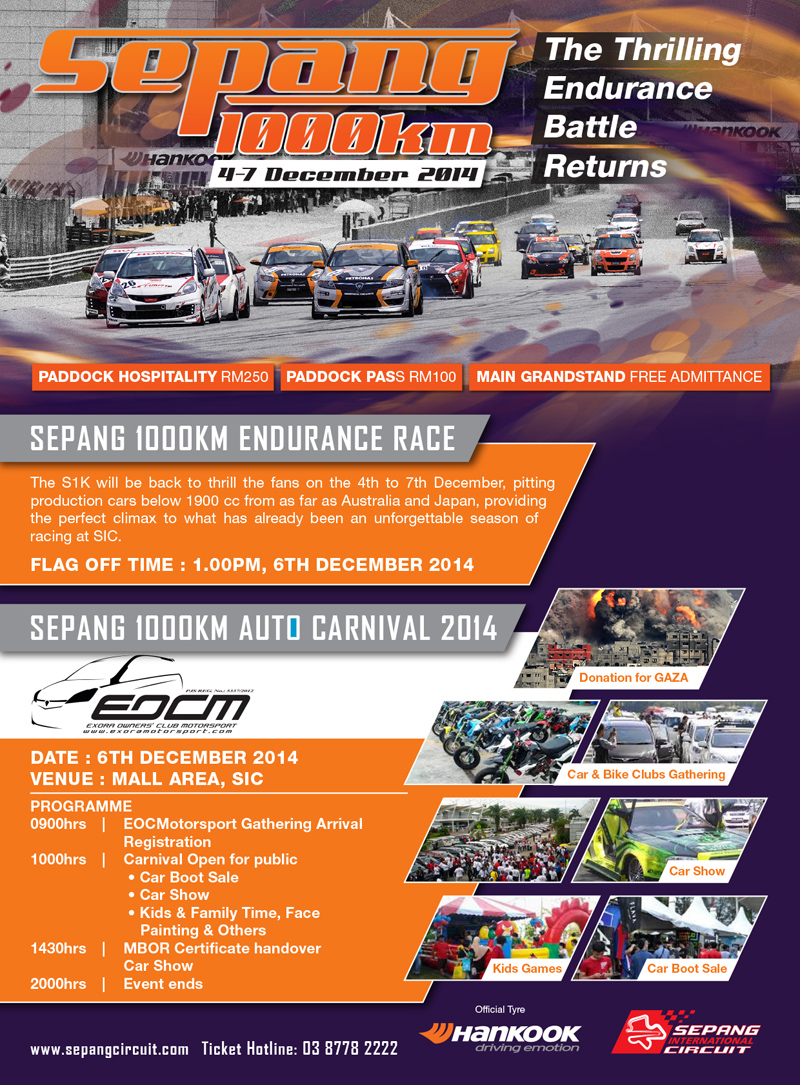