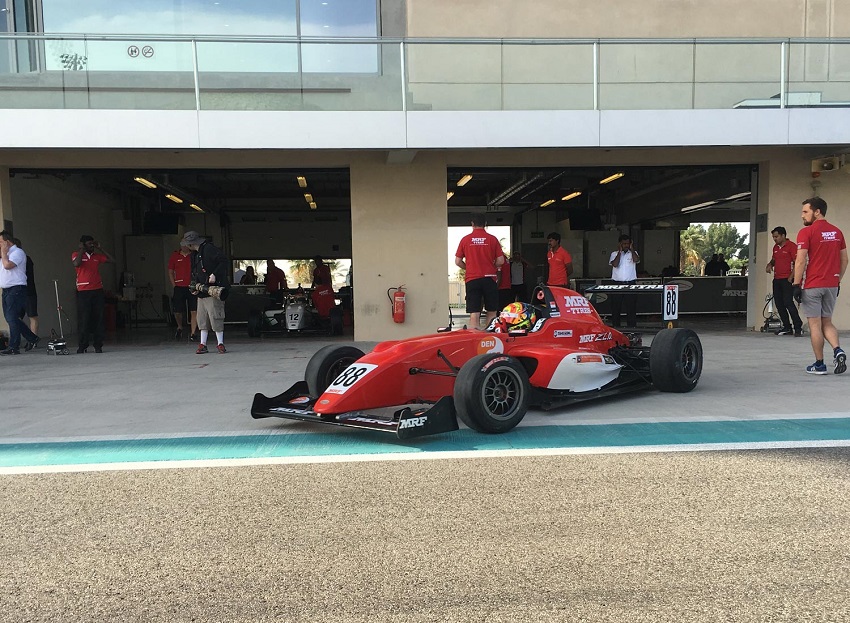 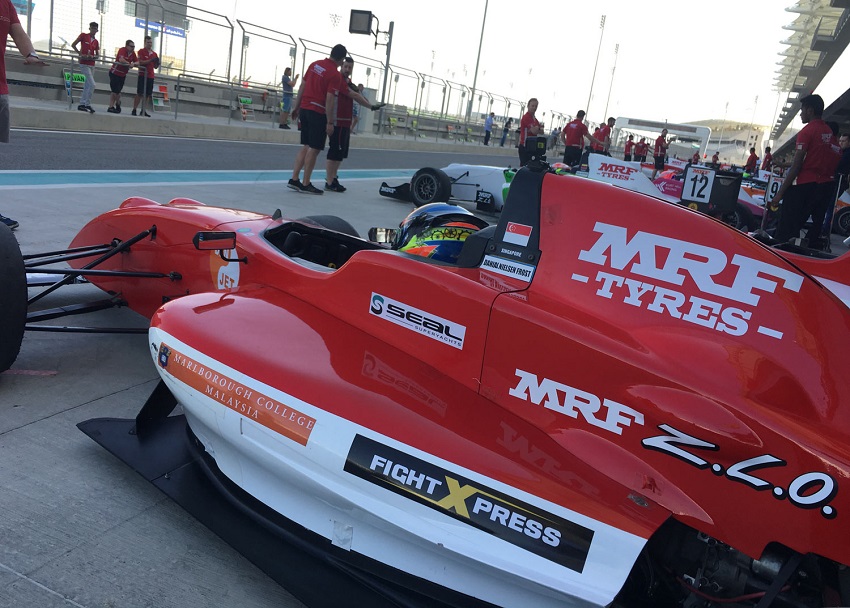 Having just concluded Round 2 of the 2017 MRF Challenge at the Dubai Autodrome last weekend, Singapore’s Danial Nielsen Frost was quickly back in his number #88 MRF racecar on Thursday.

The opening day of Round 3 at the Yas Marina Circuit in Abu Dhabi proved a satisfying one for Frost following a strong sixth place finish under the Yas Marina floodlights in Race 1.

With the reverse grid system for the next race, the result also earned Frost a pole position start for Race 2, scheduled for Friday.

Having spent most of the previous day getting acquainted walking the 5.554km-long anti-clockwise circuit, the round’s official proceedings kicked off on Thursday with a packed schedule that commenced with the two practice sessions on the first half of the day.

The second half of the day saw a dusk-time qualifying session and the first of the round’s four races held at night under the Yas Marina floodlights, a first for Frost.

Utilising the two practice sessions to better familiarise with the circuit, the second midday 30-minute session was also primarily useful to find the best setup ahead of the qualifying later that evening.

With dusk fast approaching, qualifying proved an interesting affair for Frost who managed to go quicker in the session. Despite being red-flagged, the teenager’s time of 2:12.093s was enough to secure him a P9 grid slot for Race 1.

Leveraging on his trademark start, the youngster was able to get a much quicker getaway from the line, which resulted in him gaining several spots on the opening lap of the 30-minute night race.

Despite two safety car periods during the race, Frost maintained his track position as well as pace after both restarts to eventually finish in a strong sixth place.

With the reverse grid for Friday’s Race 2, Frost will start from the front row for the first time in the series from pole position.

Frost comments, “It has been a really long day and a steep learning curve, especially having never driven on this circuit before. Starting with the two practice sessions followed by qualifying, it is definitely satisfying to end the day on a good note and a strong finish in the first race. The race itself was quite interesting especially at the start where I was able to gain three spots on the opening lap. After that, it was all about managing my pace and defend my track position particularly after the two safety car periods during the race. Finishing sixth in this race also means that I will have a front row start from pole position for Race 2 tomorrow morning.”

The second and final day of the two-day round will again see another bumper-packed schedule with three races on schedule on Friday, 15 December.