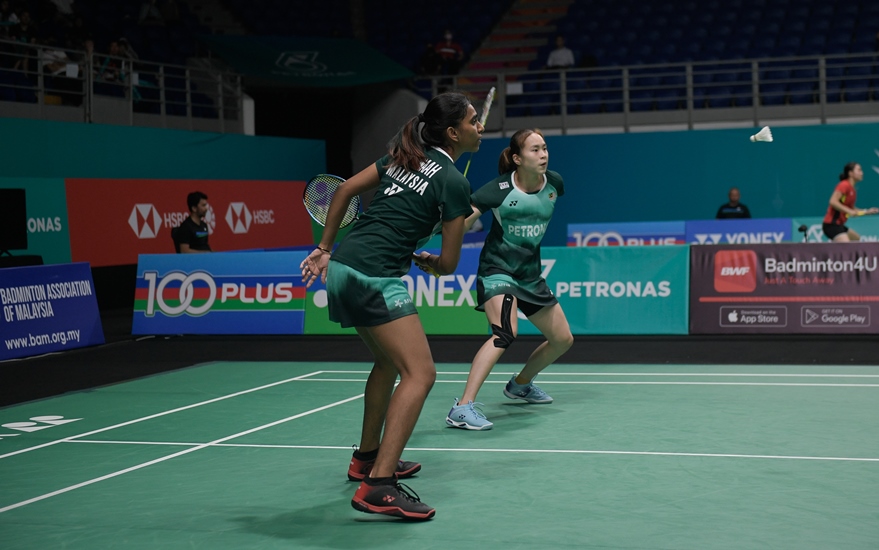 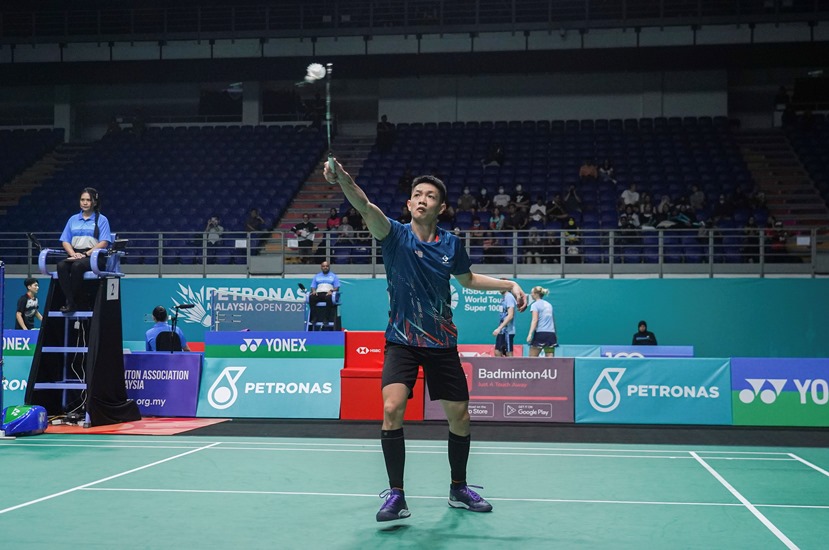 IT was a day of mixed fortunes for Malaysia as seasoned singles shuttler Liew Daren and mixed doubles pair Hoo Pang Ron-Teoh Mei Xing kept alive their hopes after winning their opening round encounters in the PETRONAS Malaysia Open 2023 at Axiata Arena here, today.

It was a disappointing result in front of the home fans by the 8th seed pair who were unable to absorb the Bulgarian’s aggressive and attacking play in the second set.

There was another major upset in the men’s doubles with Japan’s top seed Takuro Hoki/Yugo Kobayashi sent packing by Taiwan’s Olympic gold medallist Lee Yang/Wang Chi-Lin in the match which lasted only 30 minutes.

Daren, who made it into the main draw as a replacement for Japan’s Kento Momota, did not disappoint, booking his second-round berth following a three-set duel against France’s Tomo Junior Popov. The 35-year-old, who stepped into the court carrying a calf injury, prevailed 21-15, 14-21, 21-17.

“It was a tough match but my game plan was to take the first set and it pays. However, I’m still struggling with my calf injury and not sure if I can be fully fit for tomorrow’s second-round match,” said Daren.

It would be a tall order for Daren, who faces world number one Viktor Axelsen, who was surprisingly stretched into a one-hour duel, dropping a set before winning over compatriot Rasmus Gemke 17-21, 21-14, 21-12. 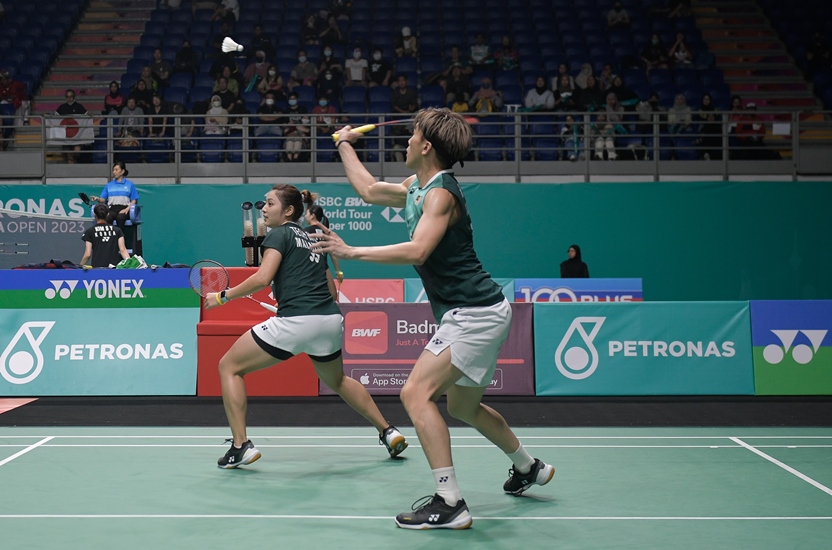 Hoo Pang Ron-Teoh Mei Xiang had the home fans on the edge of their seats before following up with a three-set victory, displaying good defense to down Japanese pair Kyohei Yamashita/Naru Shinoya 21-11, 15-21,21-19 in a marathon 54-minute  duel.

“Yes, we’re a bit nervous today as we just started our partnership only recently. But, we’re glad that everything went well,” said Pang Ron after the match. The pair have French pair and eight seed Tom Gicquel/Delphine Delrue as their second-round opponent. 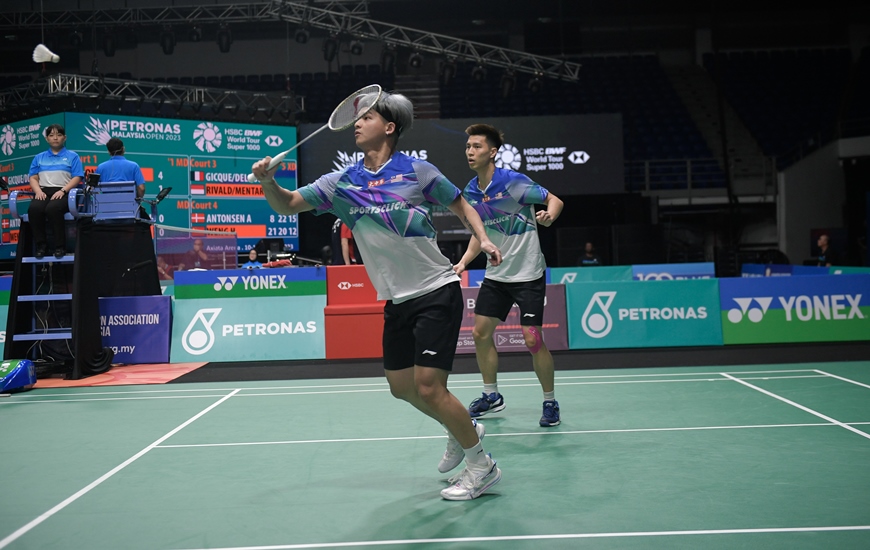 Malaysia’s eighth seed Ong Yew Sin-Teo Ee Yi are set for a duel against Taiwan’s Lu Ching Yao/Yang Po Han in the second round after brushing aside China’s Ren Xiang Yu/Tan Qiang 21-13, 20-22, 21-15 in a 63-minute encounter.

Goh Soon Huat-Shevon Lai also produced a convincing display,  earning a place in the second round with a 21-15, 21-13 win over Taiwan’s Chang Ko-Chi/Lee Chin Chen.

The pair will have to be at their best as they face top seed and China’s world number one Zheng Si Wei/Huang Ya Qiong as their second-round opponent.

Meanwhile, there was another upset as China’s fifth seed He Bing Jiao suffered a shocking defeat at the hands of Indonesia’s Gregoria Mariska Tunjung in the first match of the day.

The Indonesian, currently ranked world number 13, prevailed in just 37 minutes with a 21-11, 21-17 victory to send the Chinese packing home early. 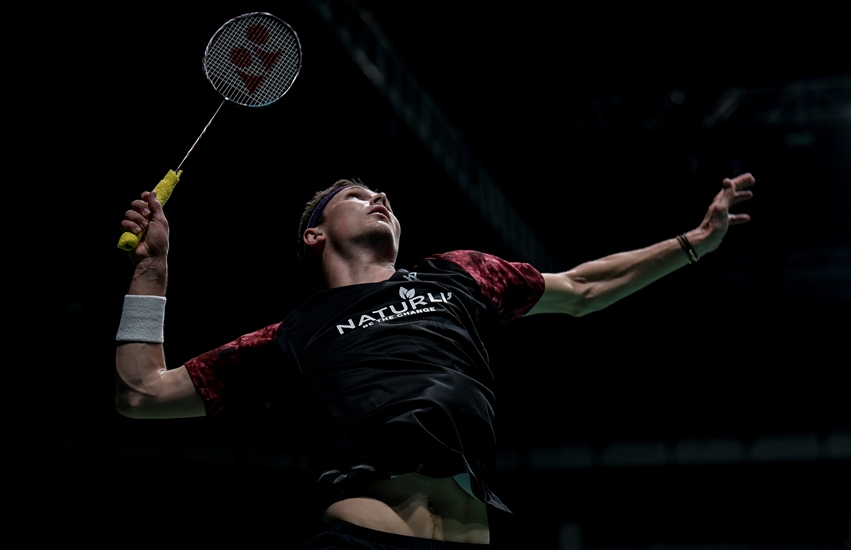 Elsewhere, it was business as usual in the men’s singles as top seeds Axelsen, Indonesians Anthony Sinisuka Ginting (6th) and Jonathan Christie (5th ) and Taiwan’s Chou Tien Chen (4th) all made it into the next round.

In the women’s singles, top seed Akane Yamaguchi and Tai Tzu Ying (3rd) are also through while apart from the major upset by Olympic gold medallist Lee Yang/wang Chi Lin on Japan’s Hoki/Kobayashi, Indonesian pair of Muhammad Ahsan/Hendra Setiawan (5th) and Fajar Alfian/Muhammad Rian Ardianto (3rd) cruised safely into the next round.

Goh Jin Wei has Yvonne Li as her women’s singles first-round opponent while barring any upsets, Malaysia’s top pair Aaron Chia-Soh Wooi Yik should sail through while Goh Sze Fei-Nur Izzudin faces a tricky route to the second round against world No. 17, Liang Wei Keng/Wang Chang of China.