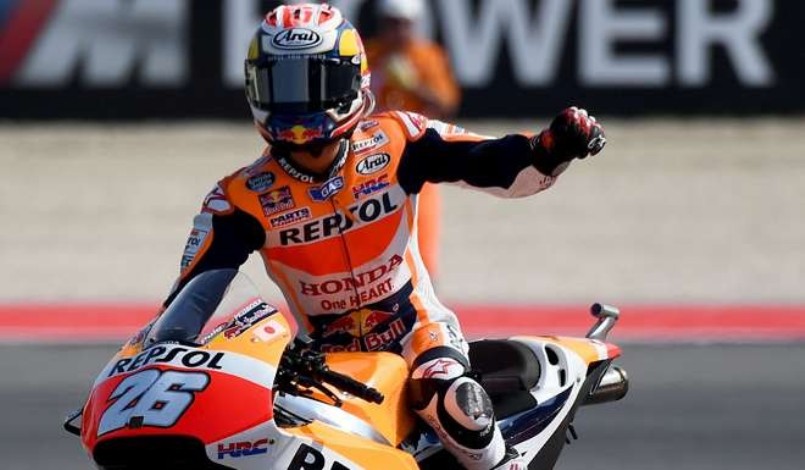 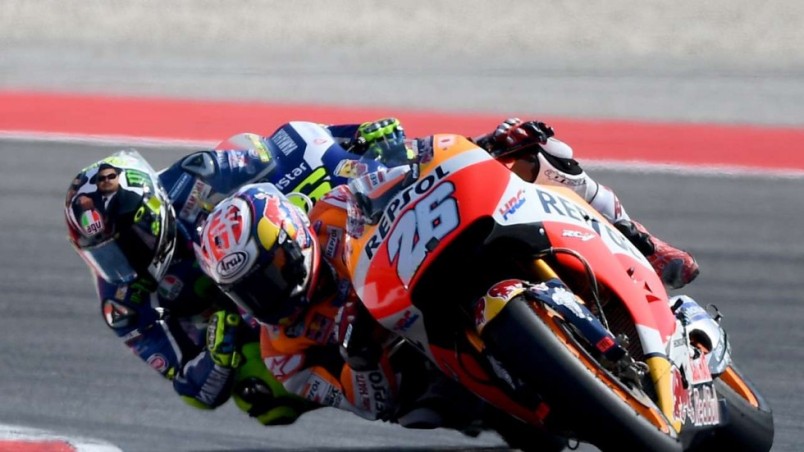 Spain’s Dani Pedrosa, on a Honda, secured an impressive victory in the San Marino Moto GP on Sunday after a superb overtaking move on Valentino Rossi ended the Italian’s hopes at his home track.

Pedrosa started eighth on the grid, several places behind compatriot and defending world champion Jorge Lorenzo, with Rossi in second ahead of Maverick Vinales.

But the Honda rider, one of only two in the field to employ a soft front tyre, produced a tactically flawless race to steadily move up to the front after Rossi had taken the lead from the second of the race’s 28 laps.

Pedrosa overtook Rossi with seven laps to go and was unassailable as he powered his way to his first win of the season and 52nd of his career. A frustrated Rossi finished a close second with Lorenzo in third.

Spain’s Marc Marquez, who finished fourth on a Honda, retains the lead in the world championship standings on 223 points.

“I’m very happy personally,” said Pedrosa, who collected two wins last year on his way to a fourth place finish in the championship.

“Today I focused on my rhythm and tried to do my race. This victory is for my fans, friends, family and team.”

Thousands of the estimated attendance of 100,000 fans at the track had shown their support for Rossi, the seven-time MotoGP world champion who is trying to win an eighth title in motorcycling’s top category but his first since 2009.

Although many of them spoiled Pedrosa’s podium celebrations by chanting for Rossi as he drank spumante from his boot — the Italian mimicking the antics of Australia’s Jack Miller when he won his maiden Moto GP race at Assen earlier this year — the Italian readily accepted defeat.

“I tried my hardest for Lorenzo and Marquez and when I saw that my pace would be good for the win, I was very happy,” said Rossi.

“But then I saw Pedrosa and I thought, ‘no way’. He was faster than me. I wanted to win here at Misano as it’s very special race.”

He admitted his disappointment at failing to challenge and is already looking ahead to the Aragon GP in three weeks’ time.

“They were faster than me, but I can’t be happy because I expected to fight for the win,” said Lorenzo.

“Now I have to wait for next time. I am very happy for Dani as he’s been through a very hard time.” – Agence France-Presse