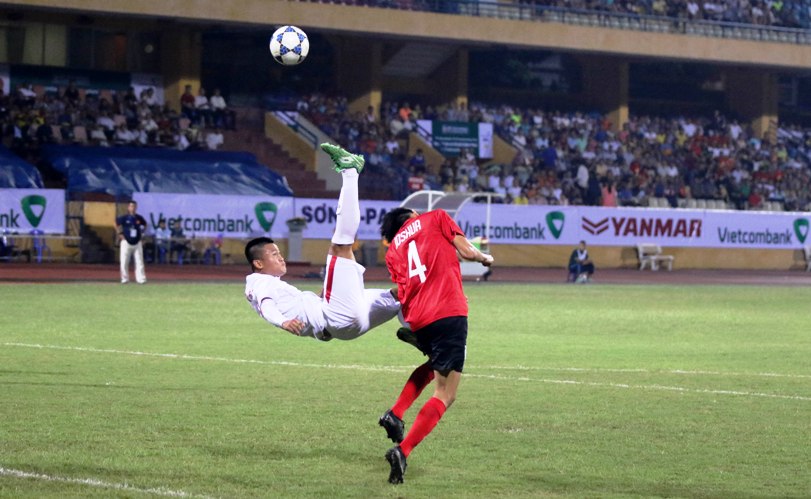 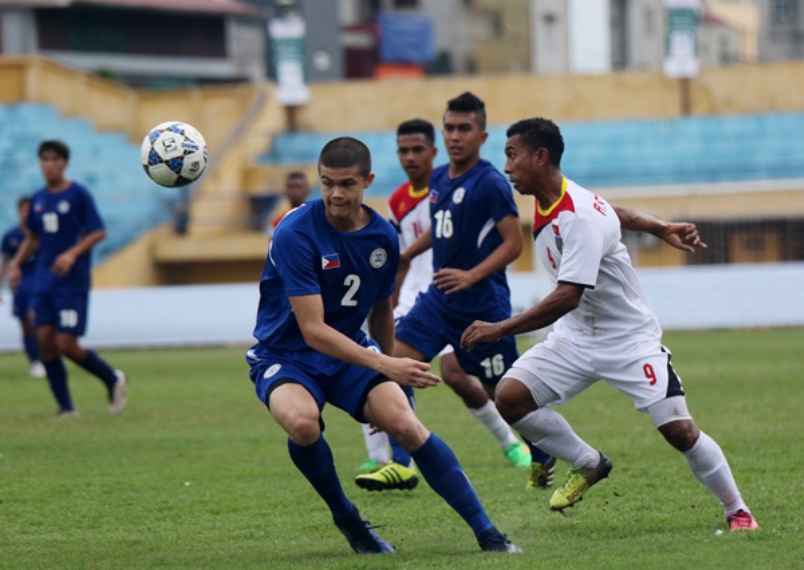 As hosts Vietnam struggled to a 0-0 draw against Singapore, it was Timor Leste who took the lead in Group A of the AFF Vietcombank Under-19 Championship here at the Hang Day Stadium.

Vietnam, who had only recently won the KBZ Bank U19 Cup in Mandalay, just found it hard to crack a Singapore side determined to play it defensive against their hard running opponents.

“We tried everything, that was obvious,” said Hoang Anh Tuan, the head coach of Vietnam.

“But this game will certainly have taught the players a lot of things. There are no easy game and that even when you are playing well, it does not mean that we can score goals.

“We hit the posts several times, near misses and then the goalkeeper made several good saves. It was a tough day.”

In front of a partisan crowd, Vietnam started well enough with Ha Duc Chinh and also Tong Anh Ty pushing forward. But with several chances not finding the back of the net, it was going to be a long day for the homesters.

Even when Singapore had to change goalkeeper with Muhammad Adib Nur Haim Azahari coming in for Muhammad Zhafran Rohaizad due to injuries, still the scoreline would not change all the way to the end.

“We had to play it defensive. We have no choice against such opponents. I don’t know how many times Vietnam had a crack at our goal,” said Inoue Takuya, the head coach of Singapore.

“At this point in time, this is the only sure way to play.”

While Singapore rejoiced with the point won as against Vietnam’s losing two, it was Timor Leste who grabbed the initiative when they edged the Philippines 2-1 in the opening game of Group A.

Midfielder G. Monteiro gave Timor the best of start when he fired in a rebound after just ten minutes before striker H. Wilson added the second goal of the game in the 37th minute.

“It was good to pick up the full points from the first game but there’s still a lot of work to be done,” said Timor Leste coach Shigeo Yamazaki after the match.

“We have to improve in the midfield if we want to make the next round.”

The Philippines were a little slow off the block and by the time the two Timor goals were scored, they finally sprang into action after the breather.

Mark Winhoffer was a handful each time he goes forward and after some persistence, the Philippines finally pulled a goal back in the 75th minute through Jordan Jarvis from the edge of the Timor box.

“We recovered a little late in the second half although generally we played well in spite of some mistakes here and there,” said Philippines coach Dan Padernal.