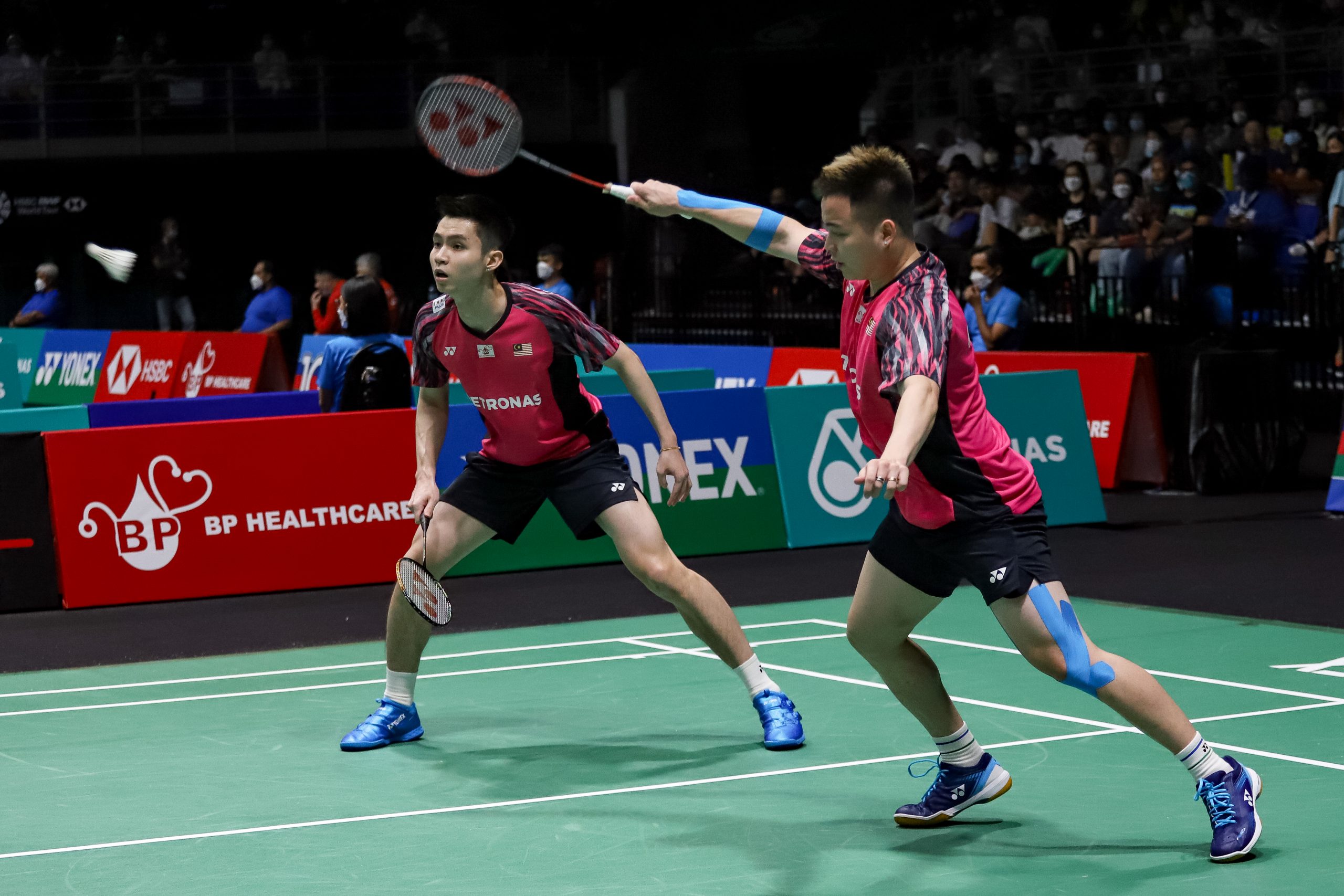 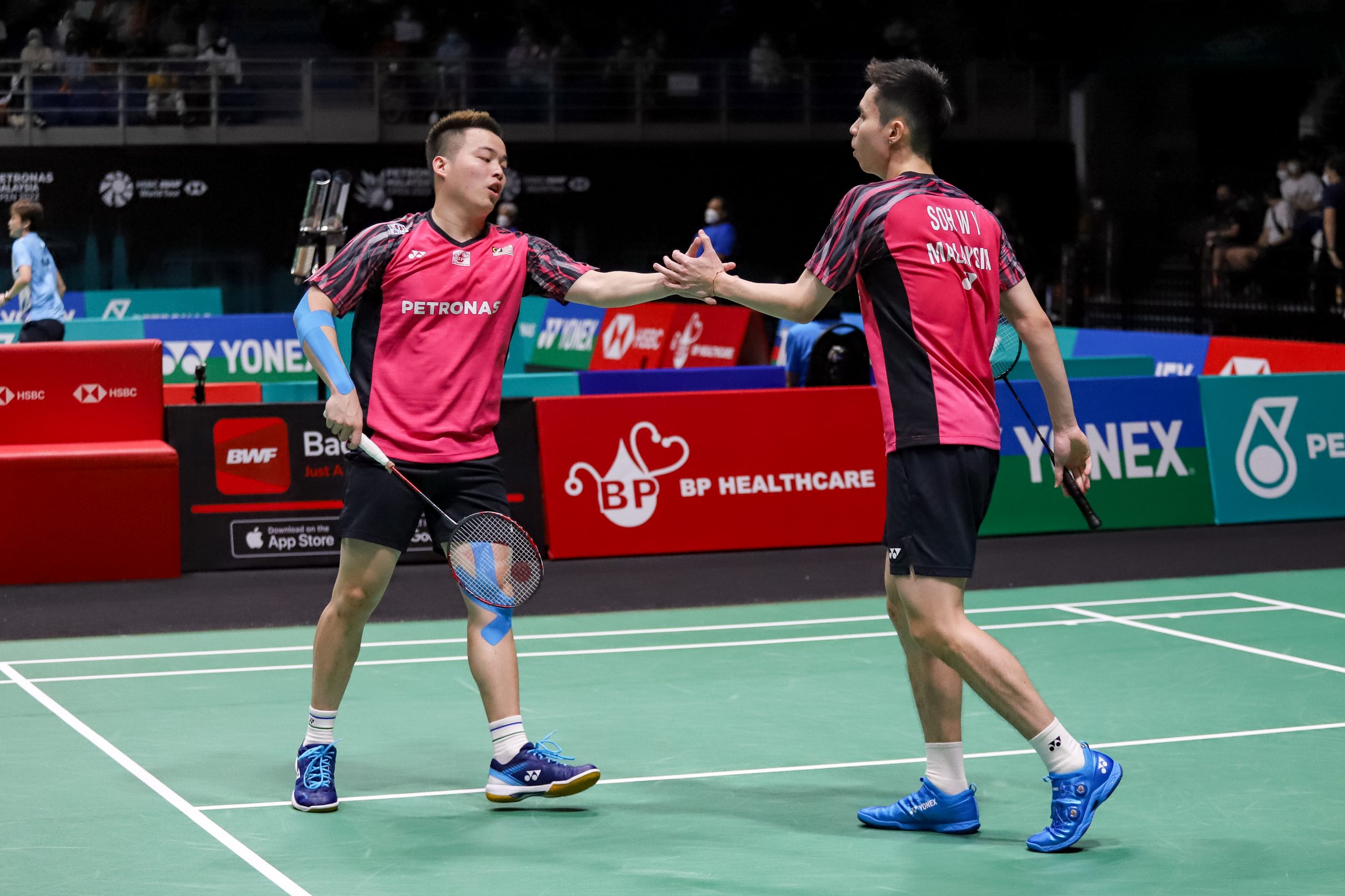 The Malaysians needed just 42 minutes to beat their opponents 21-18, 21-19 to make up for the defeat they suffered last year. “We executed our tactics well from the onset, and we were able to continue to maintain the momentum throughout our game,” Aaron said.

“Playing at home is quite important, as we don’t want to disappoint the fans. We are quite happy with the results today where we will now focus for the next match,” said Wooi Yik. Women’s double pair of Pearly Tan-M. Thinaah also advanced to the next round after defeating the Chinese duo of Liu Xuan Xuan-Xia Yu Ting 22-20, 21-14. The national doubles were given some fierce resistance in the first set by the Chinese pair but Pearly-Thinaah maintained their composure to take the game 22-20.

In the second set, the Malaysians showed their dominance as Pearly-Thinaah then wrapped things up in just under 42 minutes for the well-worked victory. “We are satisfied with our game today. Now, we just need to analyse and improve our tactics for the next match,” said Thinaah.

“I want to thank the supporters who were present for their support. I really didn’t expect so many people to come and watch us play, considering it was just the second day of competition,” said Pearly. 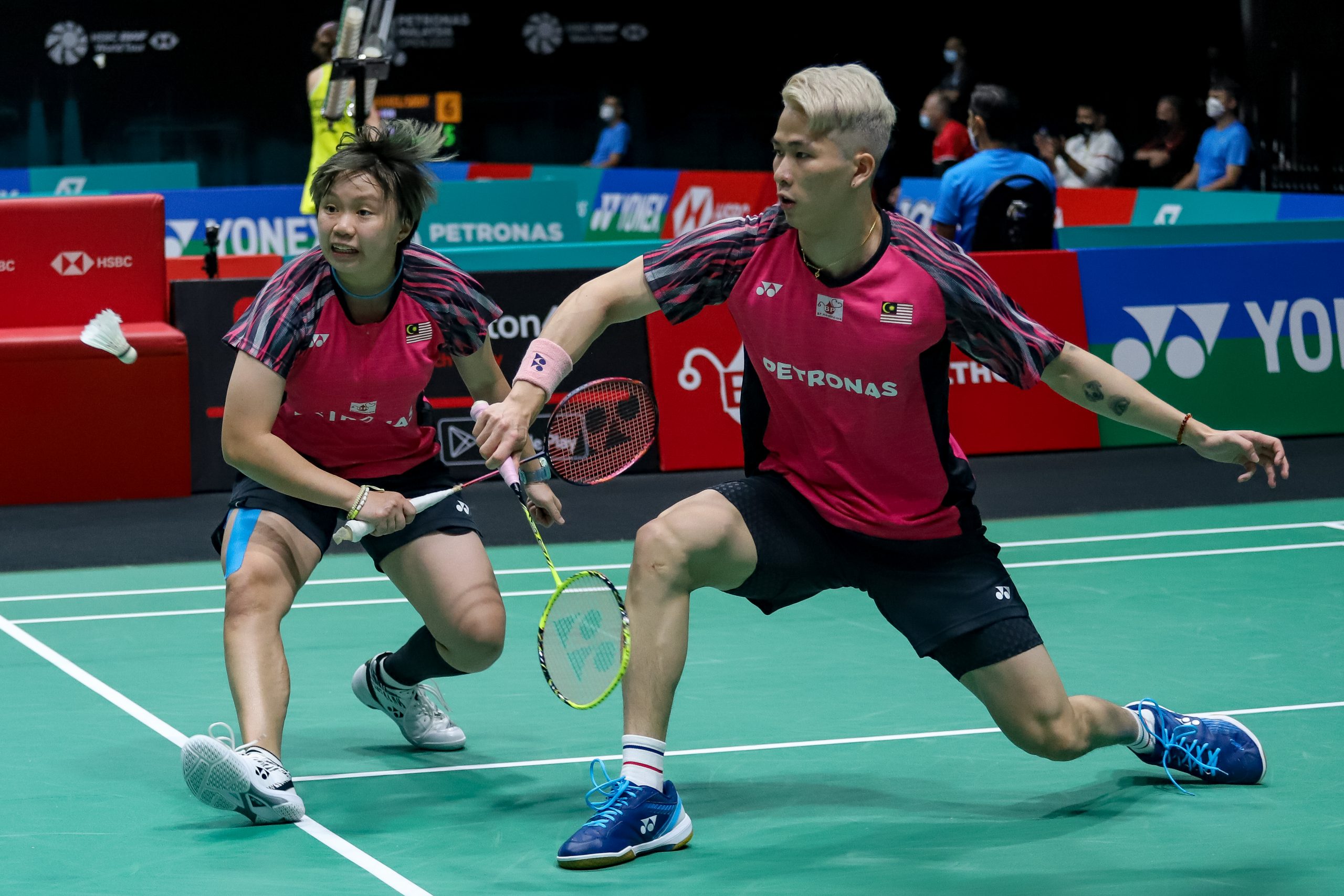 The newly formed national mixed doubles duo clearly did not disappoint the fans at the Axiata Arena by putting up an energetic performance to seal the 21-16, 14-21, 21-10 victory in 54 minutes. What was more exceptional for the duo was the fact that today was only their second appearance as a pairing after the recent Indonesian Masters.

“We tried to keep the tempo of the game at the same intensity throughout where it was also important that we remained calm. Our tactics turned out pretty well,” Tang Jie said. Valeree also extended words of praise to the country’s supporters who were solidly behind them. “Thanks to all the supporters who came. Their cheering really helped us through for the win today,” Valeree said.