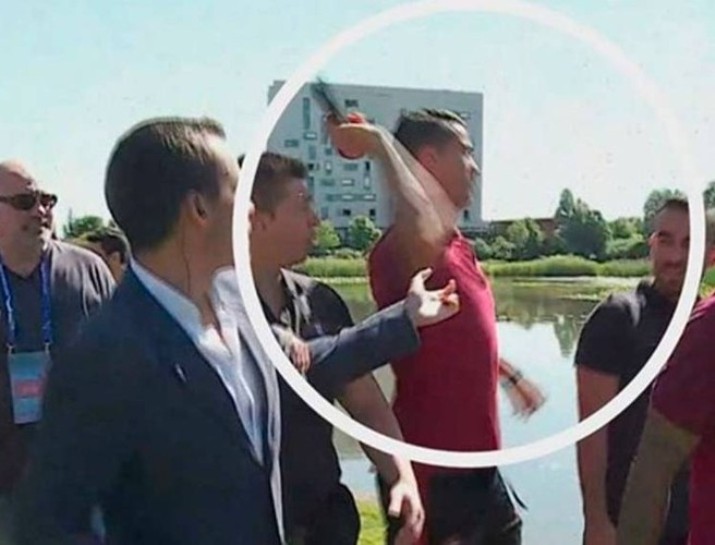 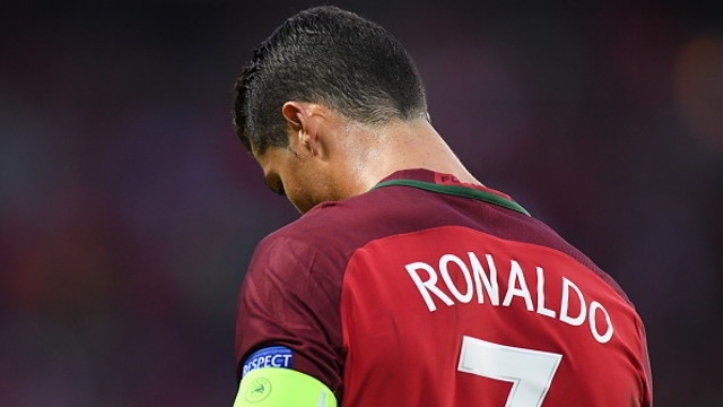 Portugal’s superstar captain Cristiano Ronaldo let the tension show as he prepared for his country’s crunch Euro 2016 match on Wednesday by throwing a reporter’s microphone in a lake.

The three-time World Player of the Year has had a frustrating time in France, hitting the post with a penalty in Saturday’s goal-less draw with Austria and failing to score in his side’s opening 1-1 draw with minnows Iceland.

Portugal must beat Hungary to be sure of qualifying for the last 16 and Ronaldo snapped when a reporter from the TV station of Portuguese newspaper Correio da Manha approached him during a team walk in Lyon, just hours before kick-off.

Video of the incident shows the reporter asking: “Ronaldo, ready for the game today?”

Without a word or a glance at the journalist, Ronaldo grabbed the microphone and lobbed it into the water, then carried on with the team stroll.

There is a history of bad blood between Ronaldo and Correio da Manha, which he successfully sued after the Portuguese newspaper printed details of his private life.

Portugal are third in Group F with just two points, leaving them with no option but to go flat out for a win against surprise leaders Hungary in a 1600 GMT kickoff.

The Hungarians are still pinching themselves after already reaching the knockout round in their first major international tournament for three decades.

Ronaldo meanwhile has another chance to become the first player to score in four different Euros.

“Ronaldo is a player who scores a lot of goals and I’m sure he will score in the next game against Hungary,” Portugal coach Fernando Santos said.

The second-placed finisher in Group F will face England in Nice on Monday — England will hope it is not Portugal, who beat them on penalties at Euro 2004 and the 2006 World Cup.

But England could instead be about to face Hungary and their 40-year-old goalkeeper Gabor Kiraly, who were handed a ticket for the second round on Tuesday without kicking a ball thanks to results in other matches.

“Who would have thought that we’d be top of the group with four points and that Portugal would need to win to qualify?” the Hungarians’ German coach Bernd Storck said.

“We have nothing to lose, Portugal have to win.

“This is a big surprise for everyone and I can’t compliment my team enough.”

It is all to play for in the other Group F game at the Stade de France because a win would also be enough to take either Austria or Iceland, on their debut in a major finals, through to the knockout stage.

Italy are more comfortable as they play their final Group E fixture against the Republic of Ireland with qualification already sewn up thanks to two wins out of two.

Italian minds will be on their mouthwatering last 16 match against title holders Spain on Monday, an unexpectedly tough match at this stage of the competition that was set up by Spain’s surprise 2-1 defeat by Croatia on Tuesday.

The Italians’ group is a logjam, with Eden Hazard’s Belgium, the Republic of Ireland and Zlatan Ibrahimovic’s unconvincing Sweden all still in with a last 16 chance.

With four points enough to ensure at least one of the four best third-placed finishes, Ireland need to beat Italy to seal their last-16 place in Lille.

Martin O’Neill’s Irish side were swept aside 3-0 by Belgium after a promising opening performance in a 1-1 draw with Sweden.

O’Neill does not want his side to go chasing the game too early and be caught on the counter-attack as they were ruthlessly for Belgium’s first and third goals.

“It’s a fairly lengthy evening. We know at the end of it we have to be in front and it’s a case of being very, very strong to begin with,” O’Neill said Tuesday.

Sweden captain Zlatan Ibrahimovic can also become the first man to score in four Euros if Ronaldo fails to achieve the feat in the earlier match.

The match in Nice at 1900 GMT could be 34-year-old Ibrahimovic’s last appearance for Sweden after he announced on Tuesday he will retire from international duty at the end of the Euros.

Sweden must beat Belgium to make the last 16.