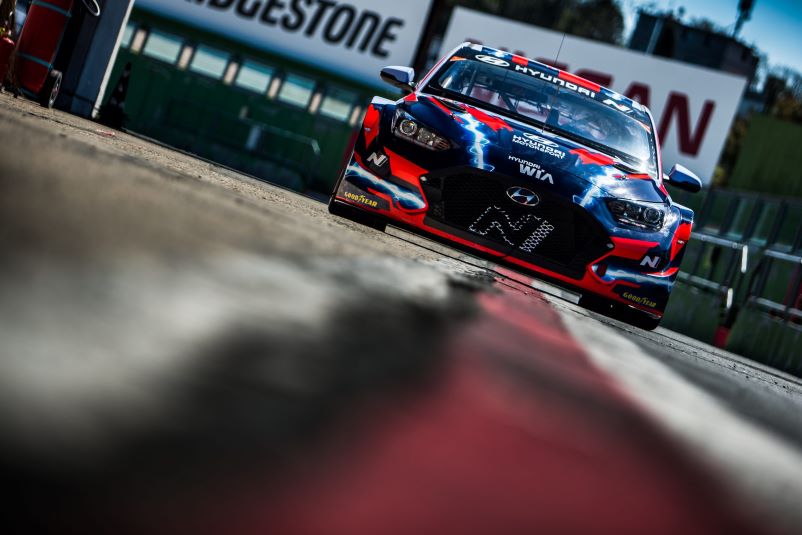 Eurosport Events is excited to announce that the PURE ETCR series has been chosen by global motorsport’s governing body, the Fédération Internationale de l ’Automobile (FIA), to become the first ever electric touring car World Cup from 2022.

After a tender process, a long-term agreement has been signed between Eurosport Events and the FIA with a wide-ranging commitment to promote the brand-new FIA eTouring Car World Cup at the highest level of international competition.

PURE ETCR’s debut season kicks off in June 2021 with a five-round calendar comprising four events in Europe and one in Asia. Its evolution into the FIA eTouring Car World Cup for 2022 will further enhance its position as the leading international electric touring car series, as well as awarding world titles for Drivers and Manufacturers.

Promoter Eurosport Events and the FIA share a joint vision of providing a global platform for manufacturers to showcase racing versions of their latest electric production vehicles in an intense competitive on-track environment.

Throughout this time it has consistently enhanced the global visibility of elite touring car racing while evolving the delivery of compelling content on and off-track in a changing society and enabling a new generation of touring car fans to feel more connected to exhilarating door-to-door racing than ever before.

Created by Eurosport Events around WSC’s ETCR technical concept, PURE ETCR pits the most powerful touring cars ever built against one another in a series of intense on-track Battles as part of a thrilling knock-out contest across a mix of classic racetracks and urban street circuits.

With world-first circuit-racing innovations such as the giant Starting Gate and the fan-friendly Energy Station, as well as a commitment to furthering the promotion of electromobility and to banish the use of air freight, PURE ETCR has already identified many ways of blending a spectacular show with a vital sustainability message.

Confirmed for Season One of PURE ETCR are Hyundai Motorsport with the Veloster N ETCR, CUPRA Racing with the e-Racer and the Alfa Romeo Giulia ETCR by Romeo Ferraris.

Peter Bayer, FIA Secretary General for Sport, said: “I’m pleased to witness the growth of the FIA’s portfolio of motor sport discipline by the addition of a new and exciting competition that the FIA eTouring Car World Cup will surely turn out to be. This new concept is sustainable, relevant to manufacturers and fans, and the innovative format guarantees action-packed events. In Eurosport Events we have a proven partner experienced at promoting world-level motor sport and I’m confident the series will thrive.”

François Ribeiro, Head of Eurosport Events, the PURE ETCR promoter, said: “We are thrilled to receive confirmation from the FIA that the Series will become the FIA eTouring Car World Cup from 2022. The automotive industry is rapidly moving towards electrification and we are working incredibly hard in partnership with WSC to build the world’s first all-electric touring car series with racing and innovation at its heart, and offer car manufacturers a platform to showcase their electric production vehicles in intense authentic on-track battles that touring car fans love. The FIA’s recognition emphasises the key role the governing body is performing in the push towards greater levels of electromobility. The sporting expertise of the FIA, together with Eurosport Events’ know-how in promoting international motorsport properties, will make this future FIA eTouring Car World Cup a strong platform to allow car makers to promote their technology and products.”

Alan Gow, FIA Touring Car Commission President said: “It is with great pleasure to see the FIA family of touring car competitions further broadened with the addition of the FIA eTouring Car World Cup. It’s the ideal scenario for FIA-sanctioned touring cars to have the traditional combustion-engined WTCR coexist with a new all-electric competition discipline utilising an innovative format. This is an important step for all parties involved and I’m looking ahead with great excitement to see this new competition take shape.”

Marcello Lotti, WSC Group President, said: “We are obviously very proud to see that all the work we have done on the ETCR project over the last three years is starting to bear fruit as we’d hoped, arousing the interest of manufacturers together with anticipation of further growth. The FIA’s decision to grant the status of eTouring Car World Cup to PURE ETCR, based on the ETCR technical regulations, is the icing on the cake for us and further consolidates the effective collaboration between the FIA and WSC that began in 2018 with the choice of the TCR technical regulations on which to launch the WTCR – FIA Touring Car World Cup.”