Home International Raonic, Halep out of Olympics over Zika 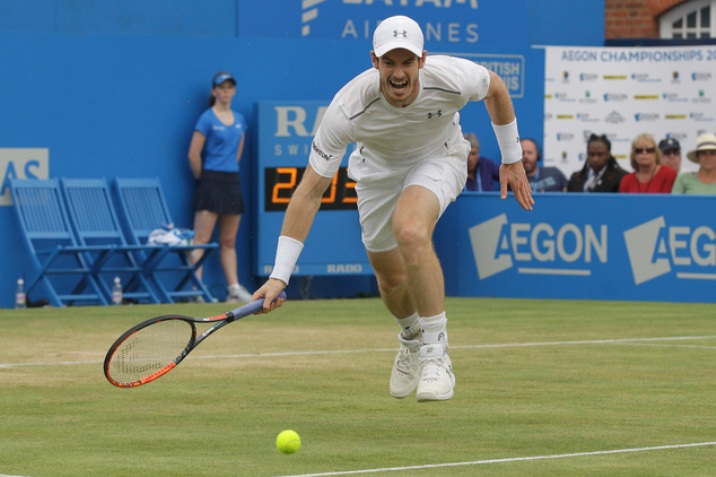 Raonic, the world number seven from Canada who was defeated by Andy Murray in Sunday’s Wimbledon final, said he had taken the decision “with a heavy heart”.

Halep, the 2014 French Open runner-up, said she too was concerned over the Zika virus and did not want to damage her hopes of having a family when she retires from playing.

“It is with a heavy heart that I am announcing my withdrawal from participation in the Rio 2016 Olympic Games,” the 25-year-old Raonic announced on his Facebook page.

“After much deliberation with my family and coaches, I am making this decision for a variety of health concerns including the uncertainty around the Zika virus.

“This was a difficult, personal choice and I do not wish for it to impact the decision of any other athlete heading to the Games.”

Halep, 24, also took to Facebook to announce her withdrawal, just hours after the International Tennis Federation (ITF) had published its final list of confirmed entries for the Olympics which get underway in Rio on August 5.

“I regret to announce that I have decided I will not compete in the Olympic Games. The reason for my decision is the concern regarding the danger posed by the Zika virus,” wrote Halep.

“After several talks with doctors and my family, I concluded that the risks are too high for my career and for my health, especially as a woman.

“Family is much too important for me and I can’t risk not being able to have one of my own after my career in tennis is over.”

John Isner of the United States, Austria’s Dominic Thiem, Australian duo Bernard Tomic and Nick Kyrgios as well as Spanish veteran Feliciano Lopez have all opted, for various reasons, not to take part in the Olympics.

Italy’s former French Open champion Francesca Schiavone has turned down the opportunity while former world number ones Maria Sharapova and Victoria Azarenka will also be missing.

Sharapova is serving a doping suspension while Azarenka announced Friday that she is pregnant and won’t compete again in 2016.

Eccentric Latvian player Ernests Gulbis described the Rio event as “tennis tourism” as the Olympics do not offer either prize money or ranking points.

Tennis Canada said it respected Raonic’s decision and that it will seek to nominate 43-year-old Daniel Nestor to partner Vasek Pospisil in the men’s doubles.

Fears over Zika have already seen the image of the golf event in Rio badly tarnished with the sport‘s top four players — Jason Day, Jordan Spieth, Rory McIlroy and Dustin Johnson — all choosing not to play.

Earlier Friday, Spanish superstar Rafael Nadal was included on the tennis entry list after appealing to the ITF.

The 14-time Grand Slam champion had not met the qualifying criteria, which involves a set number of Davis Cup appearances in an Olympic cycle.

World number four Nadal hasn’t played since a wrist injury forced him to withdraw from the French Open and also ruled him out of Wimbledon.

Nadal was the gold medallist at the 2008 Beijing Olympics but missed the 2012 London Games because of a knee injury. He is due to carry Spain’s flag at the opening ceremony in Rio on August 5.