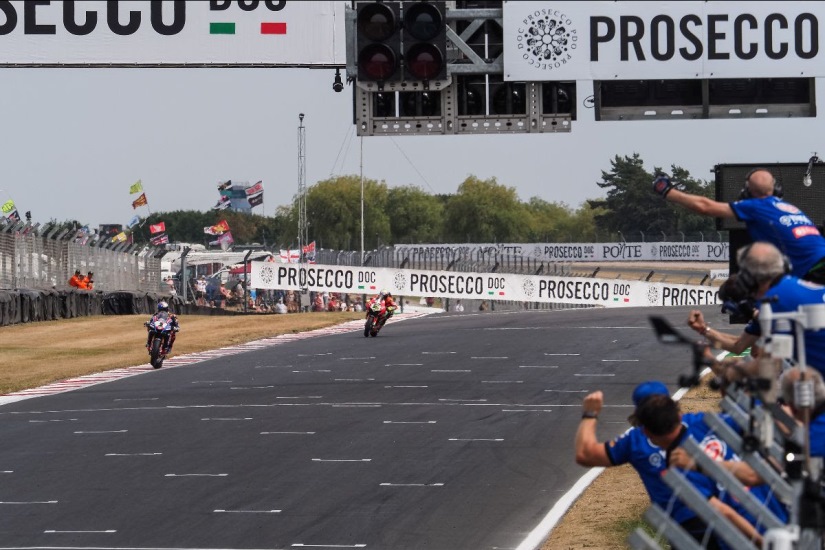 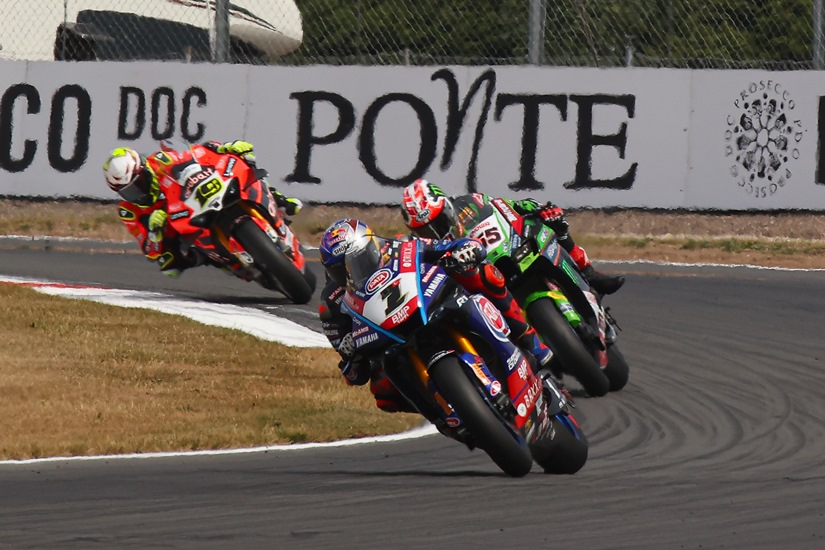 “This year, we did not have a good start but, finally, this weekend, we got three victories. This was normally my dream. I am really happy this weekend. Now I am feeling like last year’s Toprak, because my riding style is like last year’s style. The Superpole Race was very fast, because everybody was pushing every lap. The pace was unbelievable. I saw many 1’26s, this is an incredible lap time. Race 2 was very important for me because a full race is always very hard, and Jonny was faster. I know Jonny was following me, I was waiting and kept the rear tyre. I saw my board said 0.3 and after I was pushing again.”

” Today has been more positive than yesterday. We knew this track would be difficult for the Ducati. I didn’t expect today’s performance. Yesterday was a pity but today I changed a bit the line in that corner and I felt more comfortable. Today I struggled a little bit with right wrist pain. I’m happy and I’ll try to maintain my performance, to keep enjoying the bike. And let’s see what will happen in Most because I never raced there with the Ducati.”

“I felt really good for half of the race. Everything was working really well and I was able to understand where I was good, where I had to improve. There were some areas where I was better. I really overcooked the front brake. I was right behind Toprak in the slipstream, always. I went into Melbourne loop two times, and the lever was coming back to the bar. I used all my power to not hit Toprak sometimes. So I had to take some time to fix my rhythm. And then Alvaro was coming with a really strong rhythm. Unfortunately he came through. It was all I could do, just keep my rhythm. We made some good changes from yesterday to today. We’re learning a lot with the bike in hot conditions. We can be happy, especially after Misano. I’ve felt a lot closer here. It’s encouraging.”

“I’m really happy about the weekend. The team worked in a good way. Today I tried my best to get the podium. In the last lap, when I saw Rea I though ‘ok, I try’ but then the tyre was dropping and I didn’t have much energy left. I almost crashed so I decided that fourth would be fine for Donington. I gave my 120% for the race. It was the toughest race of my career because I’ve never pushed like that. I’m really happy about this result.”

“That was a hard race! I got a good start; we knew we’d been working on that area yesterday. Today we got the start. It makes it a bit easier. I felt like I had a little bit more pace, but I thought they’re just controlling the race a little bit. I tried to save the tyre. The last few laps, I saw Alex and Alvaro behind. I thought ‘keep my head down, no mistakes’. Alex came and I thought ‘not like yesterday!’. Made it on the podium. Slowly we’re getting there.”

“I was actually a similar distance off the winner as I was yesterday. I struggled a bit more on the front today. The lap time dropped a bit. I was still able to break well and get the bike to the apex. This afternoon the wind was a little bit stronger and the temperature even a bit higher than yesterday. I was having some big slide on the front and it couldn’t feel comfortable in the second part of the race. But it’s been a good weekend and we know the areas where we need to improve in hot conditions.”

To note:
Honda’s lead rider was Iker Lecuona (Team HRC) in tenth place. He remains the only rider to have scored top ten finishes in every race this season.

The Prosecco DOC Czech Round will take place from the 29th to 31st of July at the Autodrom Most.

Championship standings (after Race 2 – Round 5)