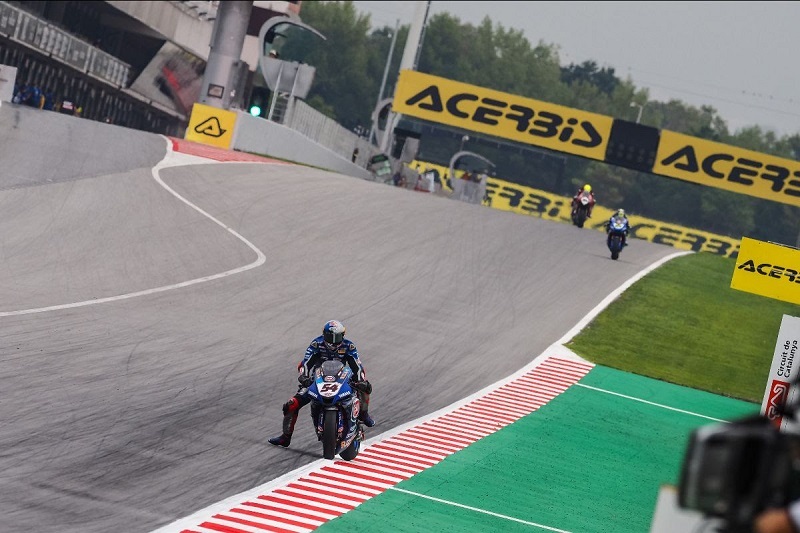 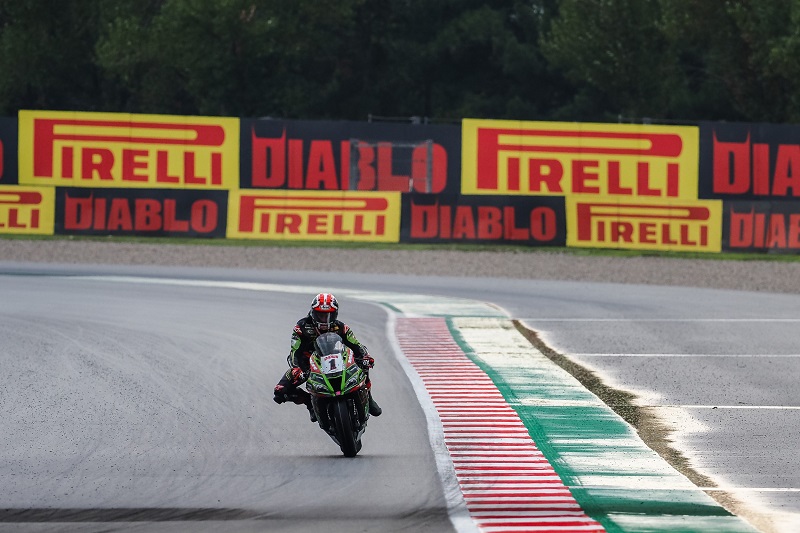 Day one of the Acerbis Catalunya Round for the MOTUL FIM Superbike World Championship was a day of two halves as the mostly dry weather in the morning made way for mixed conditions in the afternoon; the track conditions at the Circuit de Barcelona-Catalunya slowly improving after a shower soaked the track. Toprak Razgatlioglu (PATA YAMAHA WorldSBK Official Team) ended the day fastest after posting the best lap time in the dry Free Practice 1 session.

All three riders were running as the session came to a close and kept improving their lap times with Gerloff putting in a stunning lap for third place right at the end of the session; allowing him to finish the day nearly a second clear of teammate Federico Caricasulo (GRT Yamaha WorldSBK Junior Team); the Italian in 14th place.

Alvaro Bautista (Team HRC) had led the majority of the running in the opening practice session of the day but was one of a handful of riders who did not take to the track in the last few minutes of the session; the Spanish rider finishing the day in fourth place ahead of reigning Champion Jonathan Rea (Kawasaki Racing Team WorldSBK). Bautista’s Team HRC teammate, Leon Haslam, finished the day in 18th place but was running towards the front of the field in the wet Free Practice 2.

Rea had appeared to be unhappy during the early stages of Free Practice 1 but found lap time as the session progressed and ended the day in fifth place, with Alex Lowes (Kawasaki Racing Team WorldSBK) in eighth place as KRT finished with both bikes inside the top ten as they celebrated their home race. Rea ended the Free Practice 2 as the fastest rider in the wet session.

Tom Sykes (BMW Motorrad WorldSBK Team) finished the day in eighth place as BMW, who were strong in a test at the circuit in July, continue to show good pace at the Circuit de Barcelona-Catalunya. Teammate Eugene Laverty finished the day in 12th place, just two tenths outside the top ten.

Scott Redding (ARUBA.IT Racing – Ducati) was classified in ninth place for the day’s running, around seventh tenths away from Razgatlioglu’s pace, with Redding looking to start clawing back some of Rea’s 36-point Championship lead. Teammate Chaz Davies was in 11th place but with little to separate the two Ducati riders on the timesheets.

Loris Baz (Ten Kate Racing Yamaha) was inside the top ten after Friday’s two practice sessions but was another who showed strong pace in the mixed conditions in the afternoon, finishing sixth in the second practice session although the Frenchman crashed in the latter stages of the session at Turn 7. Xavi Fores (Kawasaki Puccetti Racing) finished the day in 13th place after edging close to the top ten, finishing half a second away from Baz in tenth.

Jonas Folger (Bonovo Action by MGM Racing) was 15th after his first day of WorldSBK action after showing promising pace early in the opening session but falling down the order as others improved their lap time. Sylvain Barrier (Brixx Performance) was 19th for the day with Samuele Cavalieri (Barni Racing Team) in 20th on his WorldSBK debut, and rookie Valentin Debise (OUTDO Kawasaki TPR) completing the order.

Leandro Mercado (Motocorsa Racing) was declared unfit for the weekend following a crash in Free Practice 1 after he came off his bike, with the Argentinean taking to a local hospital where he was diagnosed with a right wrist fracture (radius and scaphoid). Takumi Takahashi (MIE Racing HONDA Team) crashed during the wet running at Turn 4; finishing the day in 17th place. Maximilian Scheib (ORELAC Racing VerdNatura) suffered a crash in the wet running in Free Practice 2 at the Turn 4 right-hander causing the session to be Red Flagged; Scheib taking to the medical centre for a check-up following the crash and later declared unfit with a right acromioclavicular joint injury and taken to a local hospital for further assessment.