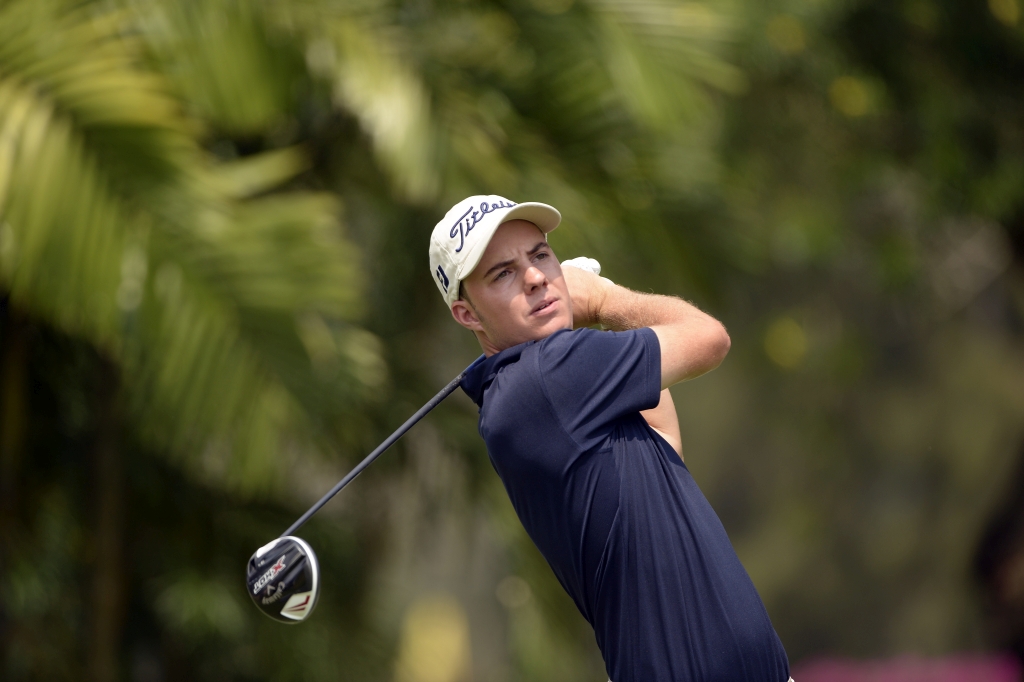 A refreshed Lionel Weber of France set the stage alight when he carded a four-under-par 68 to take the first round lead at the US$650,000 Mercuries Taiwan Masters on Thursday.

Thailand’s Prom Meesawat, who was victorious in Taipei three weeks ago, American Sam Cyr and Australian Marcus Both were joint fifth with two others on 71s at the long-running Mercuries Taiwan Masters, which is celebrating its 28th edition this week.

Defending champion Scott Hend of Australian posted a disappointing 76 to tie for 75th place in the Asian Tour event.

Weber, who started his round from the 10th tee, rode a hot putter for his impressive start and needed only nine putts on his back nine. “My putting was really good. I think this is the first time I’ve got only nine putts in nine holes. It was like a perfect day for me. The playing conditions are good. I’m happy with how I played,” he said.

“I think you have to take advantage of the par fives to play well here. You need to play smart. You can’t be too aggressive out there, especially on the par fours and par threes. Your short game has to be good too,” added Weber, who is playing in his second year on the Asian Tour.

Current ranked 70th on the Order of Merit, Weber is fighting hard to break into the top-60 to safely keep his Tour card for next season. He hopes to keep his foot firmly on the pedal in his chase for a strong finish at Tamsui.

“I will try to play my best game in every tournament. I had a good break last week. I came to Taipei one week earlier with my best friend and we went to Fulong beach to relax. I feel recharged coming into the week,” added Weber.

Despite closing with a bogey on the 18th, Malaysia’s rising star Fung, who was a member of Team Asia which drew with Europe in the inaugural EurAsia Cup presented by DRB-HICOM in Malaysia in March, is excited about his prospects as he moved into contention for a maiden win on the region’s premier Tour.

“I started really well. I recovered quickly after making a bogey on the third. I didn’t expect myself to birdie the par three 10th hole. I thought I wouldn’t even par that hole because it is really long. I hit my tee shot to about one foot from the hole and almost got a hole-in-one!” said the 24-year-old Malaysian.

“It’s my first time playing on this course. A lot of my friends have encouraged me to come and play this tournament because they think this course suits my game a lot. I’m glad I finally had the chance to come here,” added Fung.

Lewton took advantage of his impeccable short game to cap a good round. He birdied the second hole before stumbling with a double-bogey on the sixth but stormed back gallantly with three more birdies on his way home.

“My short game was really good. I chipped and putted very nicely. I dropped two shots on the sixth hole after hitting the ball out of bounds but I recovered well on the back nine. I hit very good iron shots which kept me close to the pins,” said Lewton, who is 31st on the Order of Merit.

The Mercuries Taiwan Masters is the penultimate tournament for players to qualify for the CIMB Classic in Malaysia and WGC-HSBC Champions in China.

Scores after round 1 of the Mercuries Taiwan Masters 2014 being played at the par 72, 6,923 Yards Tamsui Course course (a- denotes amateur):