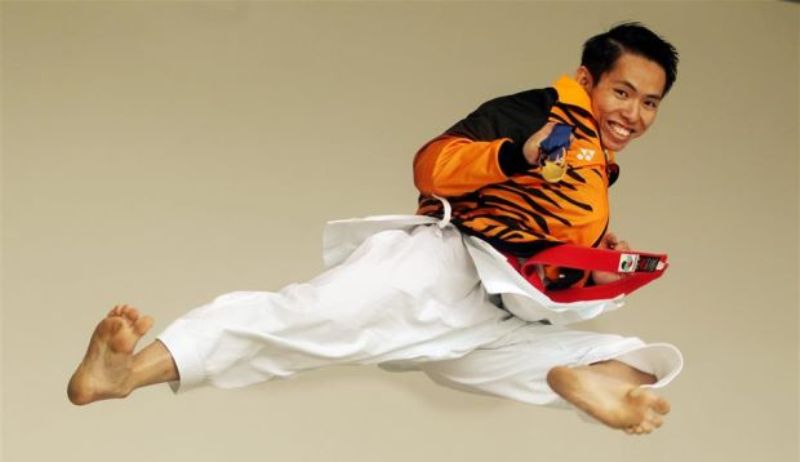 SEA Games double gold medallist Lim Chee Wei was expecting a medal in the 17th Asiad but winning the gold medal in Incheon was a “real surprise” as Malaysia retained the men’s karate kata gold on the first day of the karate competition at the Gyeyang Gymnasium on Thursday.

However, while Chee Wei celebrated his golden outing in Incheon, it was all gloom for R. Sharmendran who was beaten in the men’s kumite below 67kg category. After clearing the first round with comparative ease with a 4-0 win over Mukhammadzaid Iminov of Uzbekistan, Sharmendran took a 4-1 beating at the hands of Kuwaiti Abdulaziz Ali in the quarter-finals.

However, it was a roaring start for the karate team in Incheon when Chee Wei fought tooth and nail against Indonesia’s Fidelys Lolobua for a narrow 3-2 win to land the gold medal – Malaysia’s fifth gold medal in the Games. Malaysia’s gold medal through Tai Chean Xuen in the nanquan-nandao has been taken away after the Malaysian was allegedly tested for a banned stimulant.

Four years ago in Guangzhao in 2010, Ku Jin Keat put an end to Japan’s domination in the event. And Chee Wei did not disappoint Jin Keat who is now his coach.

Fittingly, Chee Wei was quick to thank Jin Keat for the gold medal.

“With the coach I would be celebrating the gold medal. He sacrificed a lot for me for what I am today. I thank my coach for this (gold medal). The colour of the medal (gold) is a real surprise although I was confident of winning a medal…but the gold was not on my mind,” said Chee Wei, who hails from Penang.

In the quarter-finals Chee Wei whipped Nepal’s Ram Bastolai Parshu 5-0. In the semi-finals Chee Wei knocked out Japan’s Issei Shimbaba 4-1 – a win that served as a morale booster for his final round against the Indonesian.