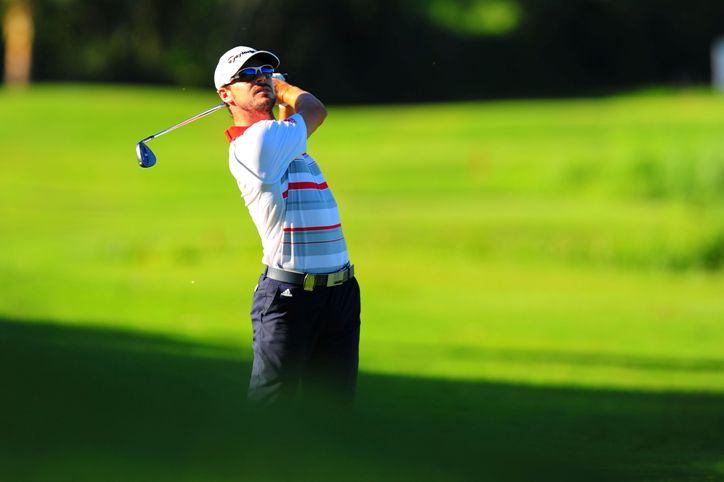 Spain’s Javier Colomo will be seeking to extend his domestic bliss onto the golf course when he tees up for the second edition of the €1 million (approximately US$1.09 million) AfrAsia Bank Mauritius Open, which is the first tri-sanctioned event by the Asian, European and Sunshine Tours.

The 32-year-old Spaniard welcomed the arrival of his baby daughter, Lola earlier this month and is equally excited with his return to the international financial and lifestyle destination of Mauritius where he fired the first ever ace on a par four ninth hole during the second round of the inaugural event last year.

Thanks to that unprecedented albatross, Colomo will enjoy complimentary flights and accommodation when he heads to the Four Seasons Golf Club Mauritius at Anahita for the AfrAsia Bank Mauritius Open. The albatross was also the first hole-in-one on a par-four recorded in the Asian Tour, European Tour and Sunshine Tour history.

“I have great memories of Mauritius. The place is incredible and my hole in one on a par four really made my week last year. The impression is still vividly imprinted in my mind. I am really excited to go back and play the AfrAsia Bank Mauritius Open.

“The atmosphere was fantastic last year and I am pretty sure it will be even better this time. Nice weather, nice golf course and nice people, these are all we need to enjoy during a tournament,” said Colomo of the event which will be played from May 12-15.

Colomo, chasing for a breakthrough win on the Asian Tour, hopes to turn the corner as he has been struggling to hit top form this season having only made the cut thrice in six starts.

“My game is feeling good. I have been working a lot on my putting and short game. I think I am on the right track. The results are not very good but I am very confident that good things are coming,” added Colomo, currently placed in 60th position on the Asian Tour Order of Merit.

Sam Brazel, who finished tied-20th last year, is also looking to improve his results when he heads to the holiday isle next month.

“It was a great experience last year and I have been looking forward to playing the Mauritius Open again. I would love to improve my results this time round. The hospitality in Mauritius and at the event was fantastic and I really had an enjoyable week,” said the 37-year-old Australian.

Brazel enjoyed his best season on the Asian Tour in 2015 where he secured three top-10 results to finish in 13thplace on the final Order of Merit.

He continued his good form in 2016 where he finished inside the top-15 at first two events in Singapore and Myanmar but has been trying to better his results since.

“It was a solid start to 2016 but the form hasn’t been up to standard the last few weeks. My game has been very inconsistent, so with hard working and some luck I hope to return to some good form.

“I am just trying to play golf to the best of my ability, and control what I can control. At the end of 72 holes if my best is good enough then that would be awesome,” added Brazel.

Colomo and Brazel will feature in the AfrAsia Bank Mauritius Open alongside Thai veteran Thaworn Wiratchant, who holds an unprecedented 18 Asian Tour titles, compatriot Prayad Marksaeng, India’s Rashid Khan and Filipino talent Miguel Tabuena, who is currently second on the Order of Merit.