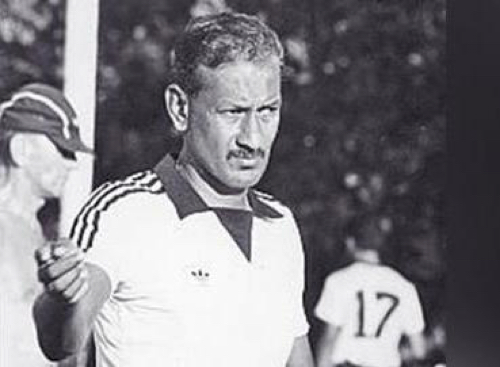 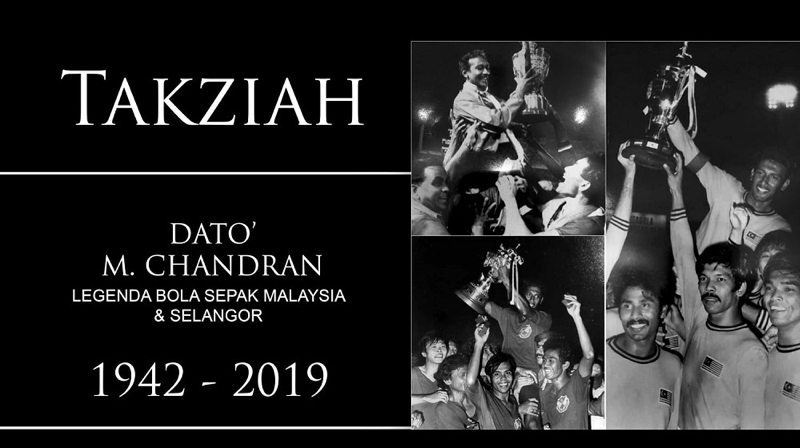 FROM royalties to politicians, celebrities to sporting heroes, lawyers to the laymen, Malaysia moaned the loss of an extraordinary role-model football skipper, Dato’ Muthuveeran Chandra, who led the Harimaus to qualify for the first-ever 1972 Munich Olympic Games.

The 77-year-old Asian All-Stars defender died at his home in Ampang Jaya on Saturday after a 17-year battle with motor neuron disease (MND). He is survived by wife, Datin A. Puspalatha, two sons (Kumarason and Vicnaraj), daughter-in-law Adeline Chew and two grandchildren (Vilas and Marissa).

RIP Dato’ Chandran. He was incomparable in multiple ways and recognised as Malaysia’s most accomplished football hero with 163 ‘A’ caps.

The football-loving Yang di-Pertuan Agong, Sultan Abdullah Sultan Ahmad Shah, said Chandran’s death was a “profound loss to the country”. He said: “Dato’ Chandran had been an inspiration to all Malaysians with his passion and dedication to football. His role in the development of Malaysian football was legendary and both my late father (Sultan Ahmad Shah Sultan Abu Bakar) and I have tremendous respect for our former captain. 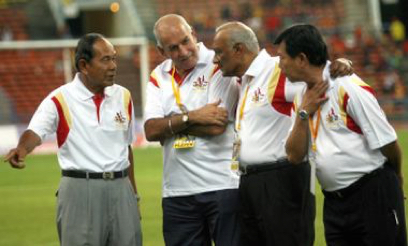 GEM OF A FOOTBALLER

“He was an unassuming man who let his work do the talking and his work ethics was very admirable.”

Deputy Prime Minister Dr Wan Azizah Wan Ismail said: “The country has lost a gem of a footballer who had brought honour to Malaysia.”

Former Asian Football Federation (AFF) Secretary General Datuk Seri Azzuddin Ahmad hailed Chandran as the best centre-back Malaysia ever produced. He praised: “He gave a good picture for Malaysia football. He will be missed. When he was the coach, it was hard. The training was very hard. That’s why we were good back then.

“He was the best centre-back. It was very hard for any striker to defeat him in Asia. Back then, South Korea was the best team, but we defeated them. Of course, because of his talent.”

Asian Football Confederation (AFC) general-secretary Datuk Windsor Paul hailed him as a “legend”. He said: “He was close to being unparalled as a player, coach and even a family friend. He was a man of integrity, few words and a big heart. He was my mentor when I was beginning my coaching career. I’ll go on record to say he’s not a man who would boast about his achievements and always stayed humble.”

I absolutely concur with Datuk Paul. Personally, I must admit I missed watching Chandran at his peak as he quit international football in 1974 and I became a sports journalist only in the very late 1970s. But in subsequent encounters with him as Selangor and Malaysia coach, and FAM administrator, I found him to be a “one of a kind gentleman, with minimum words on tactics or teamwork but showing that as an outstanding footballer, he let his feet do the talking”.

Over the three decades I got to know him intimately, the last was two years ago at an award-evening in Kuala Lumpur, organised by the Malaysian Sportswriters’ Association, he was uncomfortably holding on to a walking-stick. But Chandran’s attitude and personality, which inspired Selangor and Malaysia, never changed. I will never forget him as a hero with little words who led football and life by example. 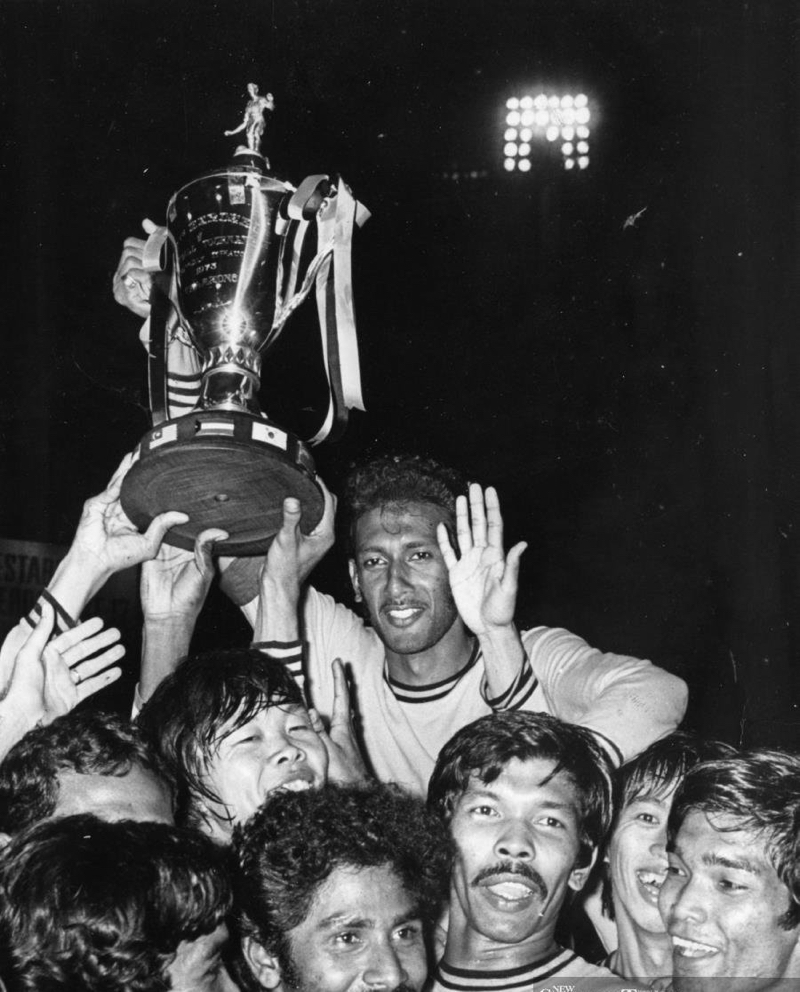 In my opinion, on either side of the Causeway, Chandran belonged to an iconic generation of players who were both respected and feared in the 1970s. He was not only one of the best centre-backs in Asia in his heydays but also a great coach, leading his beloved Selangor to several Malaysia Cup titles.

The Perak-born son of a railway engine driver from Sungei Siput was a talented centre-back who not only perfected the art of defending, thanks to his astute reading of the game and burst of speed but was also skilled with the ball. After his father was transferred to Malayan Railways in Kuala Lumpur, Chandran hit the limelight, first with the Selangor Indian Association (SIA) and then to the state youth team.

The railway quarters where he stayed in Jalan Travers was in close proximity to football training hubs in Brickfields, hatcheries of the football talent that rose to youth, state and national prominence.

His phenomenal rise as a steely and tough-tackling centre-back was simply exemplary. He went on to captain Malaysia for three years and Selangor for five years before calling it a day in 1975. 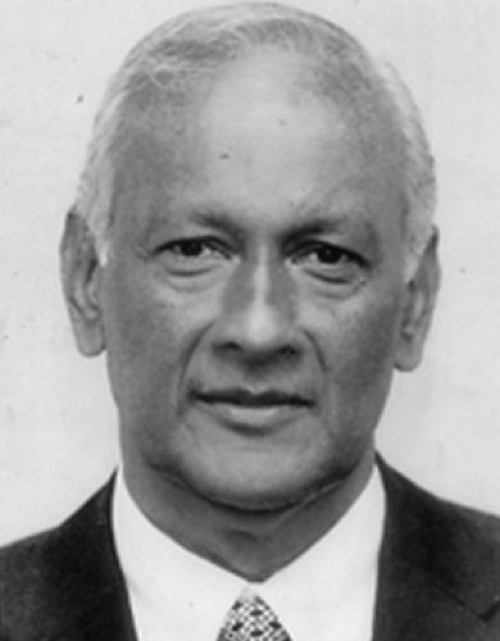 Undoubtedly, his greatest moment of his remarkable football career was helping Malaysia qualify for the Olympic Games for the first time in 1972 in Munich. The Harimaus (Malaysia’s football nickname) did not concede a goal in the final round of the Olympic qualifiers in 1971.

Chandran made sure the Harimaus roared on the field as Malaysia were then among the most feared teams in Asia. They were unstoppable in the qualifiers with wins over South Korea (1-0), Japan (3-0), China (3-0) and the Philippines (5-0), thanks mainly to Chandran’s leadership in inspiring his team to fight hard and seal the country’s first-ever Olympic berth.

Malaysian defender legend Datuk Soh Chin Aun, nicknamed “The Towkay”, said: “He had excellent leadership qualities and was respected by his teammates and the football fraternity. A great role model as a player and administrator, who was a highly-perfect disciplinarian. He led the (ex-national players) association with distinction as president and it’s a responsibility I found very hard to fulfill when I took over in 2014.”

The Ex-National Footballers Association of Malaysia president added: “We had to play the strongest teams – Japan and South Korea – in the first two matches. Both teams were very powerful in attack. Despite the challenge, we knew our strengths. I had formed a strong partnership in defence with my senior, Chandran. Together we were near invincible defensively.” 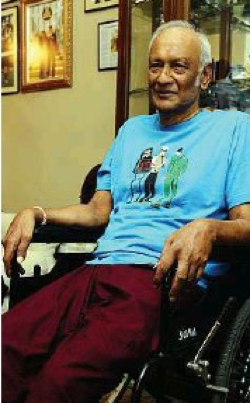 Like Singapore’s solitary Asian All-Stars midfield hero Majid Ariff, Chandran’s impressive show on the international stage earned him a spot in the 1968 Asian All-Stars team that played against English Premier League side Arsenal.

He was also played an instrumental role in Malaysia’s bronze medal feat at the 1974 Tehran Asian Games. He also led Malaysia to podium finishes in the 1969, 1971 and 1973 SEAP Games.

To classically show his versatility even in the trademarks of coaching, he quickly switched after hanging up his boots to be an inspiring football-teacher and educator in a no-nonsense and astute tactician-way.

After his coaching era of multiple trophies, he was co-opted into the FA of Malaysia’s technical committee and also served in FIFA’s development office in Kuala Lumpur.

I know he suffered a stroke in 2006 but kept active in every aspect of football at various points. For his services to football, Chandran was bestowed a datukship by the late Sultan of Pahang and former AFC president Sultan Ahmad Shah in 2000. He was also honoured with a datukship by the Sultan of Selangor Sultan Sharafuddin Idris Shah in 2010.

I recollect a Chandran interview with The New Straits Times where he said the 36-km open car ride for Chandran from Subang Airport to Harun Idris’s Menteri Besar residence in Jalan Raja Muda in Kuala Lumpur on the national team’s return from the Olympic qualifier in Seoul in September 1971 was an indelible moment for the skipper.

“It was like I was walking on air,” recalled Chandran, decades after the experience which saw ecstatic crowds, several lines deep, lining the route to cheer the conquering captain.

Former New Straits Times (NST) sports editor Datuk Lazarus Rokk vividly recalled his first meeting with Chandran. He said: “I didn’t have the privilege of writing about Chandran as a player. He had quit in 1974, a year before I had embarked on my journalistic career.  My first encounter with him, when he was coach of the Selangor Malaysia Cup squad, was quite uncomfortable. I was a rookie sportswriter, and he was a huge football icon, so you can imagine my nervousness.

“And it didn’t help that Chandran, to my horror, turned out to be a man of very few words. Getting him to talk on the team was like trying to squeeze water out of a stone. As I grew into the profession, and with more meetings with him, I realised that he had always been a silent achiever. Just as he did his talking on the pitch when he skippered the national team, he allowed his team to do the talking for him.

“But the one thing that endeared me to him was his humility. Despite being an all-time great of Malaysian football, his quiet demeanour didn’t reflect his iconic status. I have never heard  him boasting of how great a player he was. He believed every player was good.  And Chandran was honest to the bone, both as a player and a coach. His country came first before anything else, and until his last days, he loved Malaysia.”

If I need to reiterate why he was hailed as Malaysia’s most accomplished footballer, it was simply his deference and not a little discretion that endeared him to managers and coaches, who simply regarded him as uncomplaining and trusty.

Yes, you could say star-striker Mokhtar Dahari, who died in 1989, was more famous. Perhaps centre back Soh Chin Aun was more skilful, and goalkeeper Chow Chee Keong, who passed away in 2017, was rated world-class by no less than Pele, whose Brazilian star-spangled Cosmos team came up against Chee Keong in an exhibition match in Hong Kong in the late 1970s.

But Chandran was a class-act on his own. He was not as renowned as the aforementioned three but he was more illustrious simply from having gained the unique trifecta in a 10-year span, from 1964-74, of an iconic international career that was notable in being relatively free of injury and controversy.

Datuk M. Karathu described Chandran as a “very patriotic Malaysian and highly-disciplined player who always plays to win”. He said: “Chandran was special, in that for him, defeat wasn’t an option. We were room-mates in the national team and we worked very well together. He was highly respected by Asian teams in the 1960s and early 70s.”

Award-winning Singapore coach Jita Singh, who won the SNOC ‘Coach of the Year’ 1981 and the S-League ‘Coach of the Year’ 1998, regrets not coming up against Chandran as a player. He said: “I did not have any opportunity to play against Chandran, a legend whom I revered since my rookie playing days with my national team. The Malaysian team then had so many illustrious players yet I idolised Chandran for his astute leadership of the team and as an outstanding defender.

“After his playing days, he went on to coach Selangor, just like I did for Singapore. My only regret was not getting a chance to play against him. Anyhow, the nuggets and pointers that I picked up from him as a player and coach helped me immensely, Rest in peace, Sir.”

Truly a Malaysian sporting statesman who befittingly deserves to be forever recognised as Malaysia’s most accomplished football hero. – BY SURESH NAIR