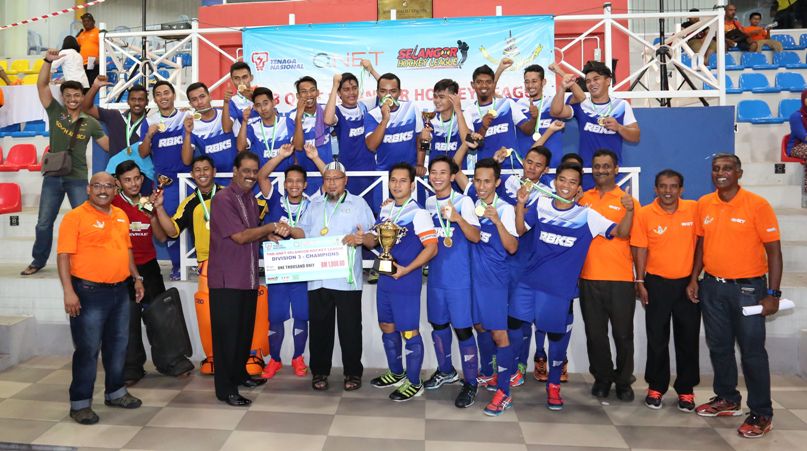 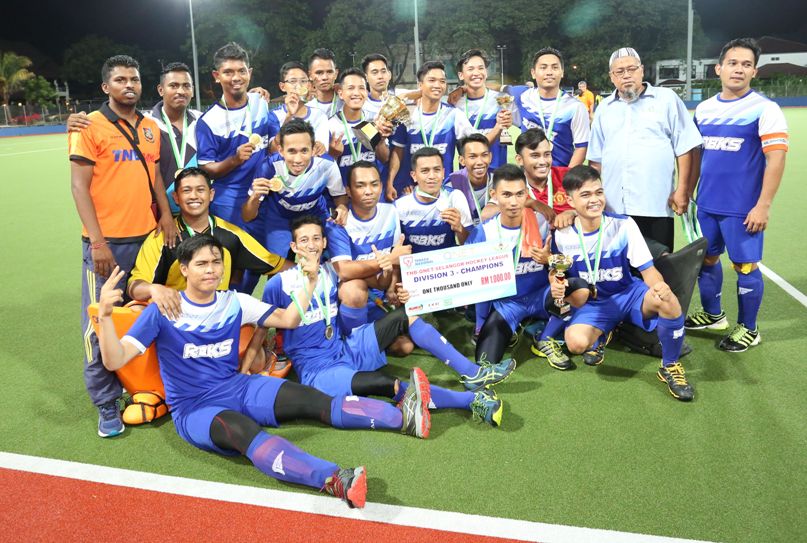 River Blue Kuala Selangor won the Division Three of the TNB-QNET-SELANGOR Hockey League 2016 when they beat blasted IIUM Mustang 4-1 in the final that was played at the MBPJ Hockey Stadium this evening.

In an intense tie, IIUM Mustang finally scored the lead in the second quarter through Muhammad Noraiman which pushed River Blue into a more attacking option. But as they grew frustrated in the third quarter, River Blue finally got the goals they were looking in the last quarter of the tie.

River Blue managed to sound the backboard with Mohd Faiz scoring a brace with goals in the 54th and 56th minute.

Rafidzul Affendi then scored the third goal in the 58th minute as Helmi Sazrim then finished things off right at the end.

Other than winning the title, Blue River also won the Best Goalkeeper award for Mohd Aizat and the Best Player award for Azrul Amri.

“ I am happy with my team where they did not give up even when we were down. We only won in the last 15 minutes of play.”

“ In the early stage of the game we were slow and did not play very well but we did not give up.”