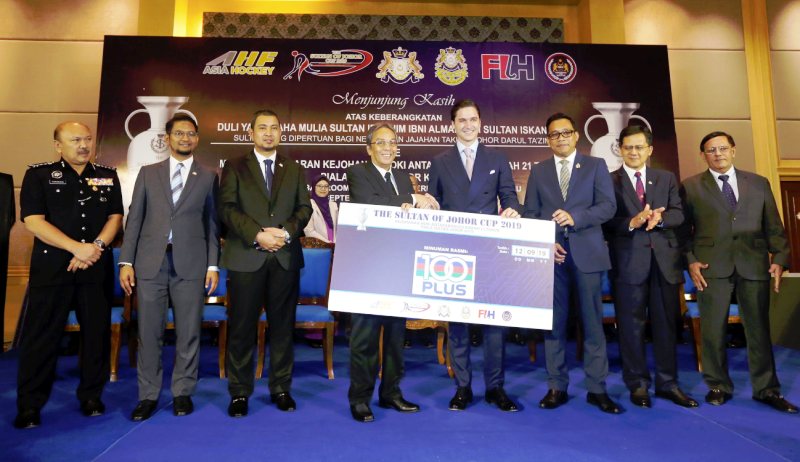 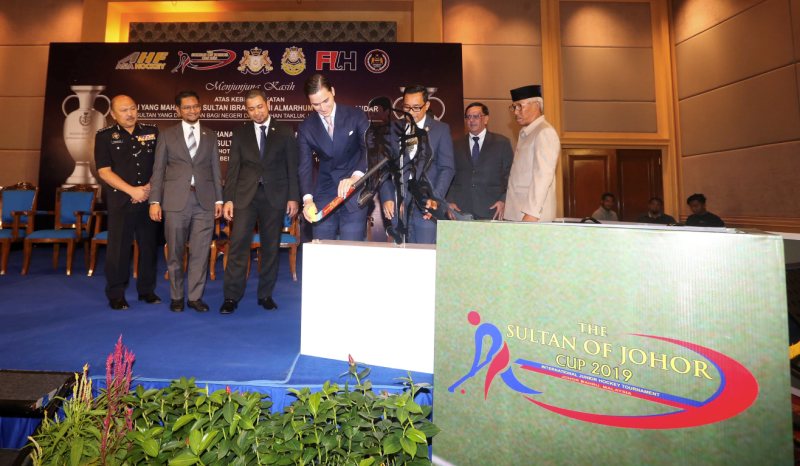 On a day when UM Land handed over the keys of a four-story building worth RM1.8 million as Johor Hockey Association’s property, a total of RM1.6 million in sponsorship was raised for the ninth edition of the Sultan of Johor Cup.
This year’s tournament will be held at the Taman Daya Hockey Stadium from Oct 12-19 with defending champions Great Britain, two-time champions India and Australia, next year’s Olympics hosts Japan, New Zealand, and host Malaysia, the inaugural champions in 2011.
Topping the list of sponsors is the Johor State Government with a pledge of RM500,000 followed by Radio Television Malaysia (RTM) with RM200,000 followed by Johor Corporation (JCorp), Iskandar Waterfront, Tenaga Nasional Berhad and Atlan Holdings with RM100,000 each.
Astaka Padu, JBB Builders, Berjaya Times Square, Genting Malaysia, MMC, KH Land, and Syarikat Air Johor contributed RM50,000 each while Southkey pledged RM30,000.
The Puteri Pacific Hotel is the official hotel for the tournament while 100PLUS is the official supplier of drinks. Regent Sports is the other contributor in kind.
“The Sultan of Johor Cup has grown from strength to strength and is one of the most sought after hockey tournament in the world. This tournament is the perfect avenue for countries to groom their young talent,” said organizing secretary Dato Manjit Majid Abdullah.
“We are also pleased and grateful to HRH Sultan of Johor and the Royal Family for their continued support of this tournament which is a key tournament in the FIH calendar.”
Manjit revealed that due to the worldwide economic downturn the sponsorship figures are not as high as in previous years but JHA has taken some “cost-cutting mechanism” without taking away the class and glamour of the tournament. – BY RIZAL ABDULLAH