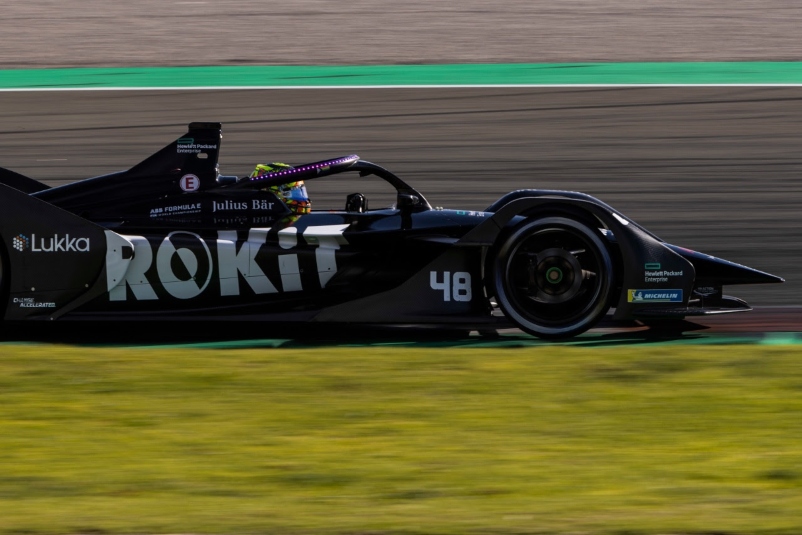 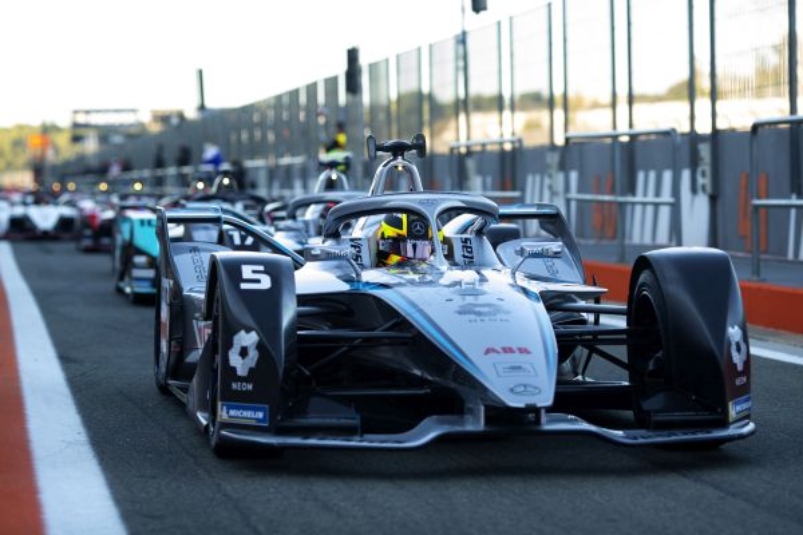 Season 8 of the ABB FIA Formula E World Championship to start in Diriyah, Saudi Arabia on 28 and 29 January 2022

ROKiT Venturi Racing’s Edoardo Mortara recorded the fastest time of the week during the final session at Circuit Ricardo Tormo, Valencia as the ABB FIA Formula E World Championship’s official pre-season test drew to a close.
Mortara set a lap time of 1m25.763s mid-way through the session, besting the previous benchmark set by Mercedes-EQ Formula E’s Stoffel Vandoorne on Tuesday by almost a second.
DS TECHEETAH’s double champion Jean-Éric Vergne placed the next best time of the week, just 0.041 seconds back, while another Mercedes-EQ powertrain closed out the top three times of the week, with Vandoorne’s Silver Arrow 02 also within a tenth of-a-second.
A late lap from Jaguar TCS Racing’s Mitch Evans saw the Kiwi place fourth, and another last-minute effort from TAG Heuer Porsche Formula E Team’s Pascal Wehrlein hurled the German up the order into fifth spot. Reigning champion Nyck de Vries followed next, with the Envision Racing pair of Nick Cassidy and Robin Frijns also within the 1m25s mark.
The top 17 drivers recorded times faster than Antonio Félix da Costa’s pole position qualifying lap from last season. Over the week, ABB Formula E teams and drivers racked up more than 4,100 laps, totalling almost 14,000km of the Valencia circuit as the Season 8 ABB Formula E cars hit the track for their only test session.
Season 8 of the ABB FIA Formula E World Championship will start in Diriyah, Saudi Arabia on 28 and 29 January 2022, as the first of 16 races in 12 locations including Jakarta, Vancouver, Mexico City and London before concluding in South Korea in August.
Edoardo Mortara, ROKiT Venturi Racing, #48, said: “It’s always nice to top the timesheets for the week of testing and this is extremely positive. There is still a lot of work to do ahead of the first race to improve but overall our performance shows we are going in the right direction. The team performed well this week and working with Lucas for the first time we showed a good understanding and as a team ROKiT Venturi Racing are benefitting from his experience. I’m looking forward to Diriyah, it’s one of my favourite tracks of the calendar and it’s important to keep pushing until January.”
Jean-Éric Vergne, DS TECHEETAH, #25, said: “Valencia was a very positive test, potentially our best winter test yet, so I’m very pleased with the programme we had. We tested everything we wanted to and now we have a good amount of data to analyse and understand to be ready for the first race in Diriyah. Everybody is very motivated and I’m looking forward to getting started and a good season ahead.”