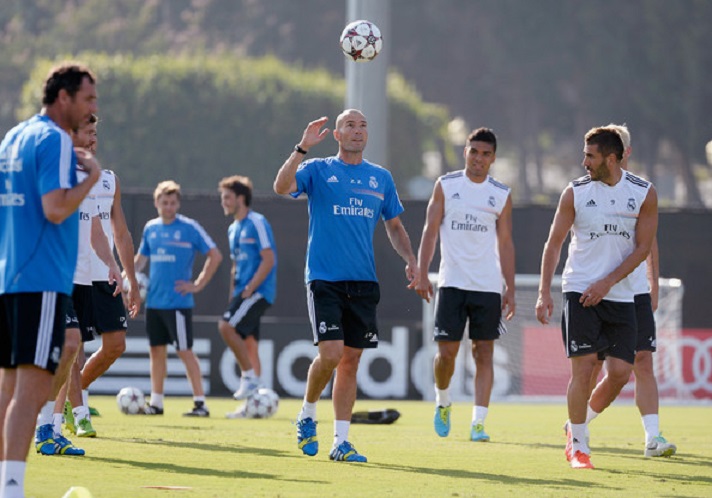 Newly-appointed Real Madrid coach Zinedine Zidane warned Friday that star striker Cristiano Ronaldo would not be leaving the club under his tenure.

“Cristiano is more than untransferable, he’s the soul of this Madrid. As long as I’m here he won’t leave, that’s for sure,” the Frenchman told a press conference ahead of his first game in charge on Saturday.

“Cristiano will play along the wing and he’ll play whatever happens. I’m going to give few instructions to Cristiano, his record talks for itself. The only thing I want is that he feels happy, at ease.”

And the world player of the year fueled speculation concerning his future by stating several times that he was uncertain what he would do next season.

Zidane, who took over from Benitez last Monday, said that he would not be making transfer requests during the transfer window.

“Possible departures, I don’t think and I don’t want. Signings neither, I have a big squad and am satisfied with it.”

Ten years after his last official appearance on the pitch of the Santiago-Bernabeu Stadium, former playmaker Zidane will have a baptism of fire on Saturday against Deportivo La Coruna in La Liga.