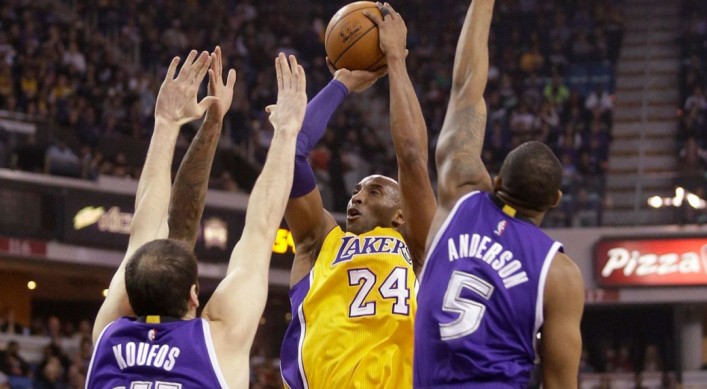 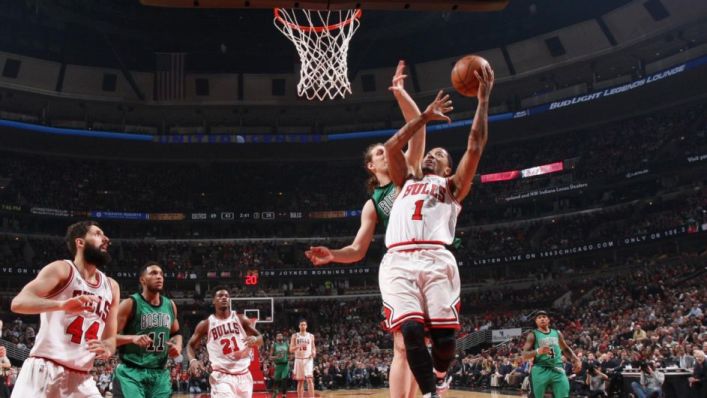 The Sacramento Kings squandered a 27-point lead but dug deep late for a 118-115 NBA victory over the Los Angeles Lakers in Kobe Bryant’s last game in the California capital.

Kings guard Rajon Rondo made a running basket to put Sacramento up by one with 21 seconds left and then forced a Lakers turnover as a contest that looked like a certain blowout came down to the wire.

Sacramento center DeMarcus Cousins then made two free throws and Lakers guard Louis Williams missed a three-pointer at the buzzer.

Bryant, the Lakers superstar who will retire at the end of this season, scored 28 points in his 34th and final regular season appearance in Sacramento.

Bryant, who led the Lakers to three playoff series victories over the Kings, made 10 of 18 shots from the field and six of eight free throws, and became the third player in NBA history — and at 37 the youngest ever — to score 33,000 points in his career.

He took his tally to 33,010, but was on the bench for the night by the time the Lakers charged back into contention.

Rookie D’Angelo Russell scored 11 of his 27 points in the fourth quarter for Los Angeles.

Although the Lakers fell to 8-29 — the second-worst record in the league — Bryant said the heart his young teammates showed late was encouraging.

“It’s important for them to figure out how to close those games out without me on the floor.”

The Chicago Bulls consolidated their second spot in the Eastern Conference with a sixth straight victory, downing the Boston Celtics 101-92.

Down 43-33 late in the second quarter, the Bulls out-scored Boston 15-4 in the final four minutes of the frame to lead 48-47 at halftime.

They rolled from there, continuing an impressive streak that has seen them score at least 100 points in their last nine games.

That’s a feat the Bulls hadn’t accomplished since the 1995-96 season when Michael Jordan led the team.

“That’s what really won us the game,” Butler said.

“We were out there guarding, we rebounded, and we got a lot of easy baskets. When we’re playing like that, we look really good out there.”

The in-tune Bulls had an appreciative audience in Spanish tenor Placido Domingo, a friend of Gasol’s who attended the game.

Down by five to Utah on their home floor at halftime, the Houston Rockets picked up the pace in the second half to beat the Jazz for the second time in four days.

Rockets guard James Harden scored 33 points in the 103-94 victory as Houston overcame the absence of center Dwight Howard, who sat out with tightness in his back.

Houston, who defeated the Jazz 93-91 in Salt Lake City on Monday, scored 64 points in the second half, connecting on 65.7 percent of their shots from the floor.

After the break, they produced 12 fast-break points, including 10 in the third quarter.

“I think we were playing for the most part pretty well defensively. Offensively we were too slow,” Harden said of the first half.

“We wanted to put an emphasis on pushing thebasketball, getting stops and just running out.” – Agence France-Presse