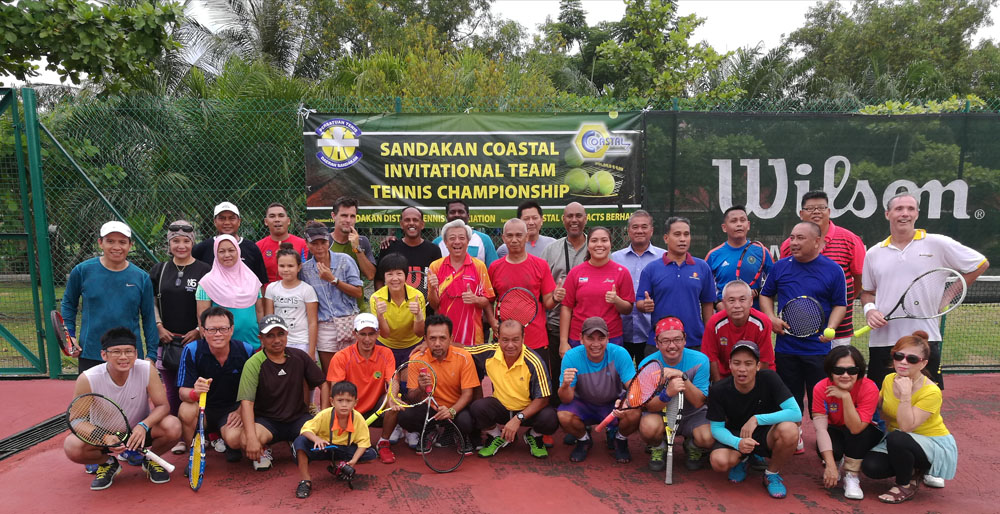 The Sandakan Coastal team tennis that is running for 5 years saw 8 strong teams participating this year. The 2 teams are from KL are MALKOR & WILSON MEERKATS. Tarakan with PRIMABAHAGIA PERMAI SEJATI, while KK send 2 Teams, KK BUGZZZS HER and KK BUGZZZS YOU. Tawau send the TAWAU TONG TONG and Sandakan with SFK TURTLES AND SFK RHINOS.

All teams have either national or state players in their team. The round robin went off this morning after a early morning scare heavy rain which lasted more than an hour. The two ties went as scheduled for the first day. 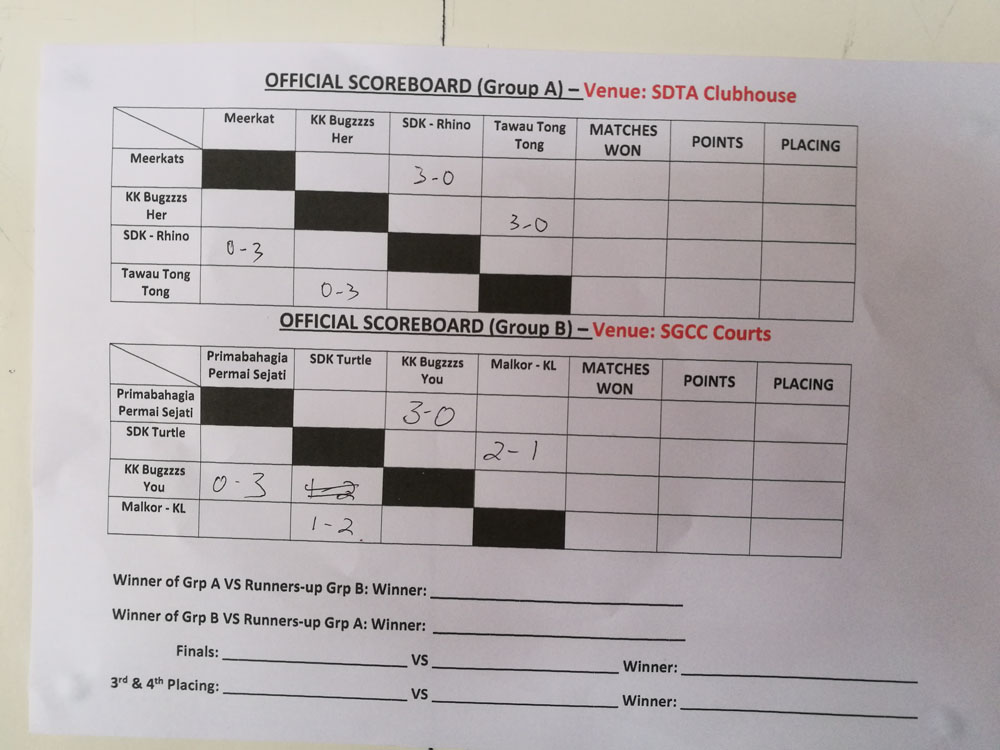 The stronger teams are WILSON MEERKATS and PRIMABAHAGIA TARAKAN . However the other teams are still capable of upsets. A total of 80 players are converging to Sandakan for this tournament. The categories are 3 doubles with total combined age of 101 & 91, while the last category is the mixed doubles combined age of 81.

The prize money is RM 5000 for champion, RM 2500 for runner up, RM 1250 for third place and RM 600 for 4th placing. The others have to foot their own bills. Tomorrow will have the semi-finals and Sunday morning the finals.