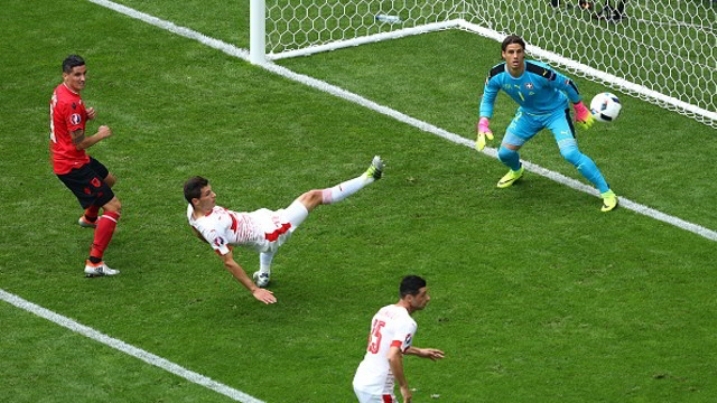 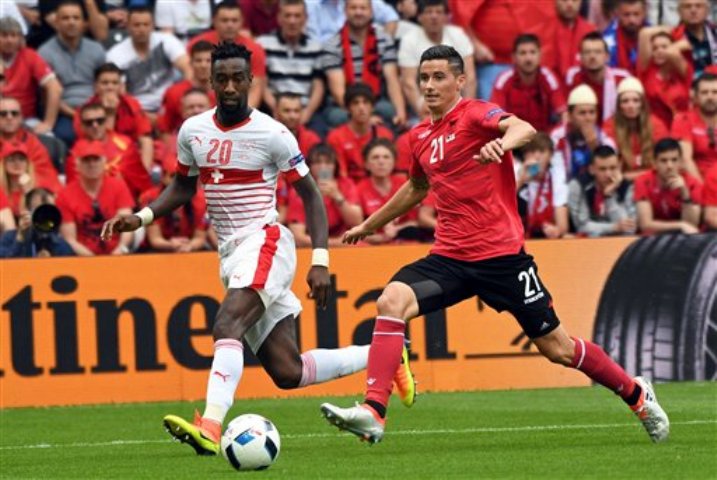 Fabien Schaer’s powerful header gave Switzerland a narrow 1-0 win over 10-man Albania on the second day of the European Championship finals on Saturday.

The Group A match, in the spotlight with brothers Granit and Taulant Xhaka playing for opposing sides, was decided by the sending off of Albania captain Lorik Cana.

The Albanian underdogs were continually scrambling to get back into the game while Switzerland, who now lead the group with France, never took firm control.

After just five minutes, Hoffenheim centre back Schaer rose above the Albanian defence to head in from a corner by Xherdan Shaqiri.

The 1.86 metre (6ft 2in) defender makes a habit of scoring for the national side, with five goals in 19 appearances now.

He was also a rock in defence and was booked in the 12th minute for chopping down Emir Lenjani.

Albania had their chances. Taulant Xhaka, the elder of the Kosovo-origin brothers, was put clear in the 26th minute but shot well over the top.

Referee Carlos Velasco Carballo had a busy time dishing out six yellow cards and a red.

He showed a first yellow card to Cana in the 13th minute for sliding in on Haris Seferovic.

Former Marseille player Cana was again in trouble in the 36th minute.

Chasing Seferovic, Cana fell and headed the ball away on the edge of the penalty area and when it bounced flicked it away with his hands.

His protests had no effect. Carballo produced a second yellow and a red.

Albania had several desperate moments, Ergys Kace nearly ripped the shorts off Valon Behrami and then tripped him. That meant another yellow.

Switzerland, who next play Romania on Wednesday, also had their chances but desperate defence and poor finishing meant there were no more goals.

Seferovic was put clear through but his shot went off keeper Berisha. The Swiss player kicked post in frustration and anger that summed up the match. – Agence France-Presse