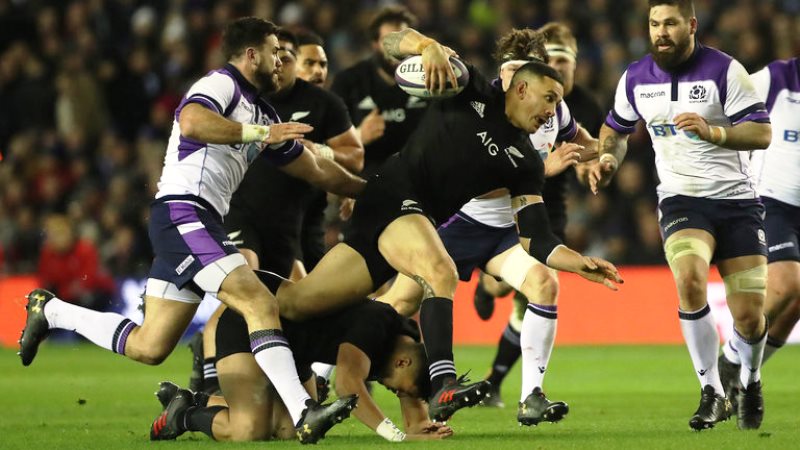 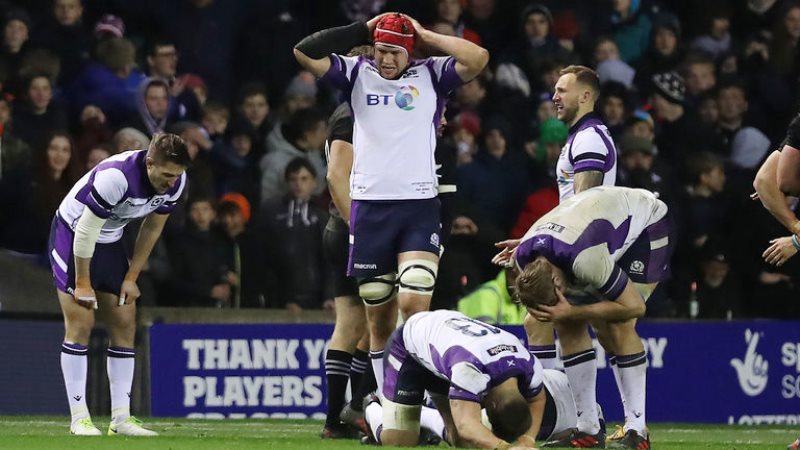 Scotland captain John Barclay was left rueing ‘the one that got away’ after his inspired side came close to an historic victory against New Zealand in a 22-17 defeat against the world champions.

Scotland have never beaten the All Blacks but a converted 76th minute try by centre Huw Jones put Gregor Townsend’s team within five points and the capacity 67,500 crowd at Murrayfield was at fever pitch when Stuart Hogg threatened to break through for a last second try that would have tied the scores –- and given fly-half Finn Russell a shot at a winning conversion.

Only a copybook cover tackle by New Zealand outside half Beauden Barrett denied the flying Glasgow full back.

“We’re gutted,” said Barclay, whose side kept the All Blacks off the scoreboard until the 38th minute and were level at half-time, 3-3.

“We feel that maybe that’s the one that got away, but I’m very proud of the effort and the intensity that we put in out there. We had a great mentality today to have a go.

“It’s great that we took it to the last play. When Stuart Hogg went through at the end, I thought he was going to go round him. On another day, maybe he would have slipped round him.”

Hogg himself lamented: “We were on the brink of something pretty special. But credit to Beauden Barrett. That was a cracking tackle.”

Second-half tries from New Zealand hooker Codie Taylor, full back Damian McKenzie and fly-half Barrett –- plus two conversions and a penalty from Barrett — proved just enough to overcome a Scotland side for whom lock Jonny Gray and centre Jones crossed the All Black line in a pulsating second half.

The 17-22 scoreline was the closest the Scots had come to the All Blacks since their 1990 Five Nations Grand Slam winning team were beaten 21-18 at Eden Park in Auckland in June 1990.

“I’m pretty proud,” said Townsend, the former Scotland fly-half who assumed the reins as head coach from Vern Cotter in May.

“The effort by the players was outstanding. The courage to keep on going was great to see and encouraging for the future –- also the belief in the squad.”

Barclay and Townsend acknowledged that the home team had been inspired by the emotional presentation of the match ball before kick off by former Scotland lock Doddie Weir, who suffers from motor neurone disease.

“When Doddie walked out, it was very special,” said Barclay. “The atmosphere today, I’d say, was the loudest and the most passionate I’ve ever experienced at Murrayfield.”

All Black head coach Steve Hansen insisted that he was relieved at the sound of the final whistle.

“I was pretty satisfied,” he said. “I thought it was a great game. Scotland stood up to be counted and so did we.

“I’m happy that we came out on top. There are a few things that we’ve got to improve on.

“Scotland are a team on the rise. They were well in the hunt tonight and could well have won the game.”

Having lost to the British and Irish Lions in June and to Australia last month, the back-to-back world champions have not exactly enjoyed a vintage year and the struggle to overcome Scotland is likely to intensify criticism in New Zealand.

Hansen said: “People at home are telling us they are bored with us being so dominant. Well, go have a cup of tea and have a think about it.

“We played against a very good team who put us under pressure and we found a way to win. There are positives for us. Everyone else is getting better. We have to.”

The All Blacks have played 13 Tests in five months now and they end their year with a Test against Wales in Cardiff next Saturday.

Scotland host Australia, who they defeated 24-19 in Sydney in June, in Townsend’s second match in charge. – Agence France-Presse