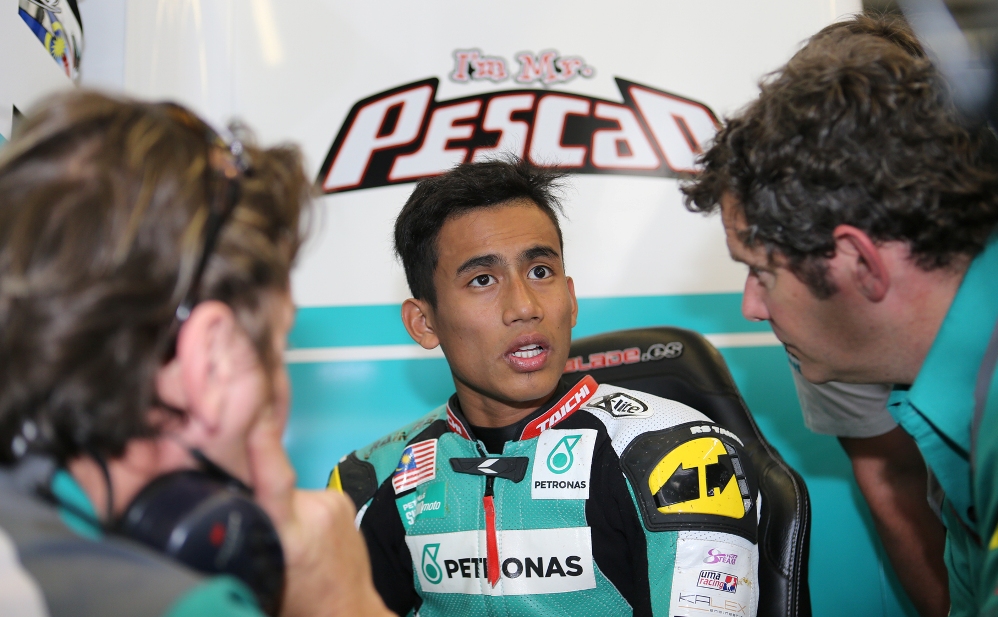 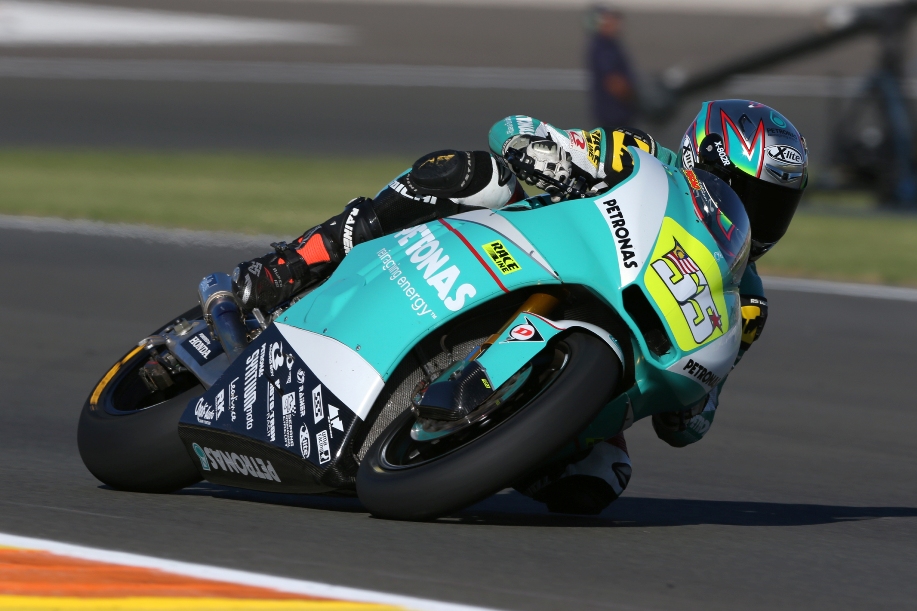 Hafizh Syahrin Abdullah endured a difficult start in the Moto2 World Championship opening practice in the Spanish Grand Prix at Jerez on Friday.

The PETRONAS Raceline Malaysia rider who bagged impressive results in the past two rounds was hoping to bring forward his momentum for the first European leg of the season but struggled with setup issues instead.

Hafizh completed the day 26th overall on the combined Moto2 timesheets based on his FP2 laptime of 1’44.723s, shaving off 0.349 seconds from his best time in FP1 after the team engineers made some changes to the Kalex’s
geometry and rear shock.

“In FP1 I was sliding at every turn and the bike could not hold the line. The rear feels like jelly and it was not possible to push harder. I had to wait for the bike to settle down before opening the throttle. It was
frustrating as I want to be able to have a good start and push forward,” said Hafizh.

He added, “Fortunately the bike was better in FP2 after the engineers made some changes. However I still need to make sure that we are able to have a fast bike for the qualifying as it will make my job of working up the lap
times much easier. I will go through data with the team and make sure there we do not leave any stone unturned.”

PETRONAS Raceline Manager, Barry Leong commented, “We tackled few issues from FP1 and the bike seems to be performing better now. Nevertheless, we need to make sure we cover everything. The other riders are very familiar with this track and it won’t be easy  for us unless we keep working hard. Hafizh is pumped up and eager to deliver.”