Home 2020 Stars of motorsport and esports ready to take on 24hrs Le Mans... 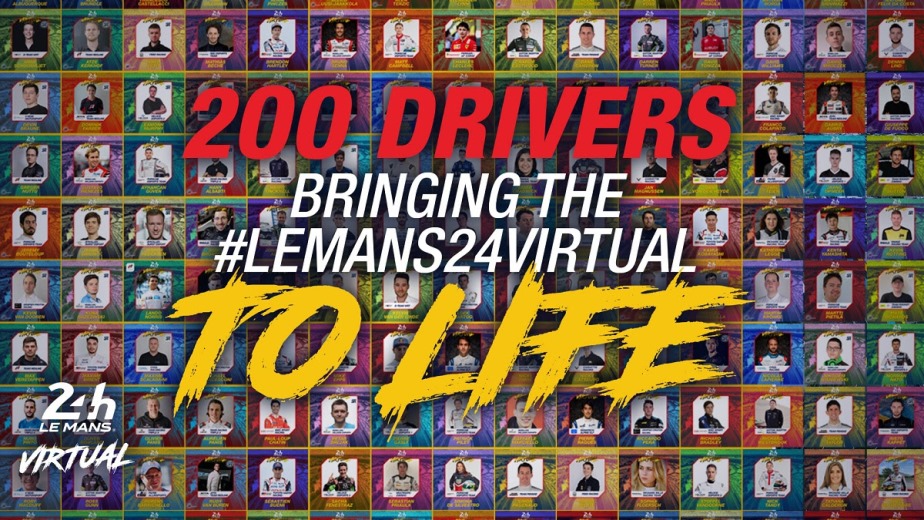 The entry list has today been revealed for the 24 Hours of Le Mans Virtual, to be held on 13/14th June, and it shows that the lure of motorsport’s greatest endurance race is very real…even if the race is to be held in the virtual world on this occasion.

An all-star roster of drivers has signed up to take part in the event which has been created to bring together endurance racing’s top manufacturers and teams and the world’s best esports squads.

The aim is not to replicate the entry list for the 2020 edition of the 24 Hours of Le Mans, round 7 of the FIA World Endurance Championship now taking place on 19/20th September, but to shine a spotlight on the sportscar classic and to provide 24-hours of top entertainment for competitors and fans around the world during this period of track inactivity due to coronavirus.

Add in names such as Barrichello, Fisichella, Fittipaldi, Massa, Panis, Rosenqvist, Vandoorne and Vergne plus world-renowned esports stars such as Greger Huttu, Rudy Van Buren, David Tonizza, Joshua Rogers and Jimmy Broadbent and there is a true feast of entertainment ahead both on and off track!

More details will be revealed next week about the different car liveries, plus how you can follow the 24 Hours of Le Mans Virtual on TV, online and on social media channels around the world.

A press kit containing press releases, visuals, official poster and a presentation can be found HERE.

All information on the event can also be found on https://24virtual.lemansesports.com/

*Image above does not show every driver