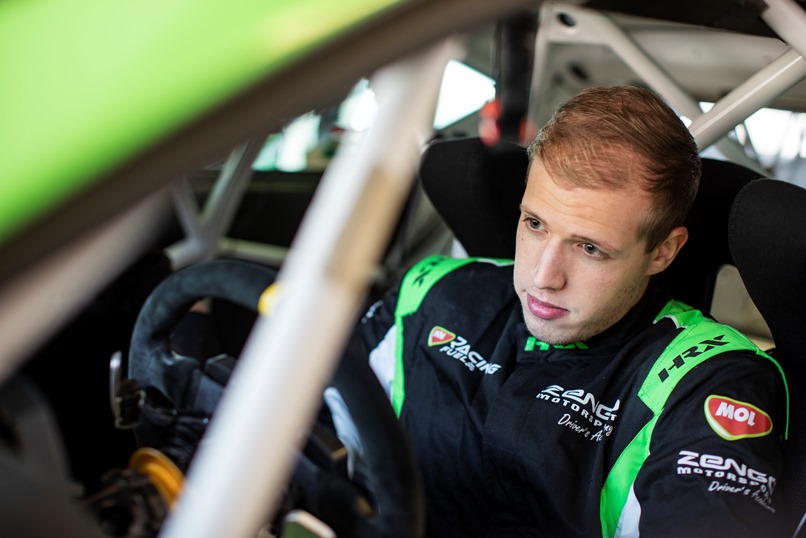 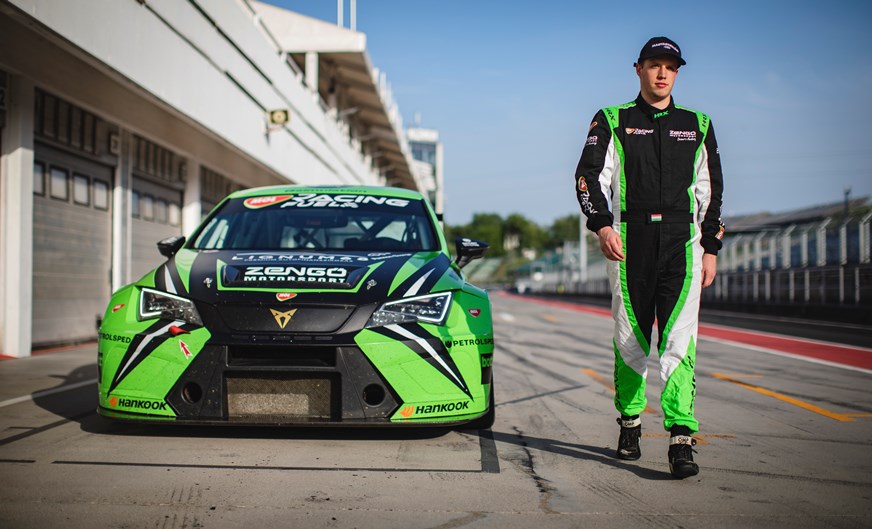 Bence Boldizs will follow in the wheel tracks of his FIA world title-winning compatriot Norbert Michelisz when he steps up to World Touring Car racing with Zengő Motorsport, the renowned talent-spotting team from Hungary.

Returning to the WTCR − FIA World Touring Car Cup for 2020, Zengő Motorsport is entering a two-car line-up. It is in discussion with CUPRA to use the all-new Leon Competición and plans to announce its second driver, described by the team as “experienced and talented”, soon.

Introducing Bence Boldizs
Boldizs, who won two talent-search competitions at the start of his career, was schooled in the Hankook Racer Cup, the one-make series for the Suzuki Swift in Hungary, which was founded by Zengő Motorsport in 2005 and lists Norbert Michelisz as the first champion in 2006.

The series also forged the early careers of other young Hungarian talents like Dániel Nagy and Attila Tassi, who will race with Honda power in this season’s WTCR.

Although the Suzuki title eluded him, Boldizs was a multiple race winner, but switched his circuit racing skills to rallycross in 2019, when he finished second in the national championship.

The 22-year-old from Budapest has been handed his “miracle” WTCR drive by Zengő Motorsport following a successful test at the Hungaroring and because team boss Zoltán Zengő sees “a potential champion in him”.

Big step, small expectations but a pleasure
While joining the talent-packed WTCR grid for 2020 is a big opportunity for Boldizs, he’s keeping his expectations firmly in check. “The Suzuki was 100bhp, the TCR car is like 360hp so it’s a big step up for me,” Boldizs said. “For the first year and the first couple of races, the most important thing is to learn as much as I can because we are in the learning phase right now and the results are not the most important thing. I know the Hungaroring, I know Slovakia Ring but I’ve never been to the other tracks before.”

Of Zengő Motorsport’s belief in him, Boldizs is particularly humbled. “It’s a pleasure. We all know Zengő Motorsport has a history in World Touring Car racing and it was Zoltán Zengő who chose Norbert Michelisz. I am so grateful to the team, to my family, really it’s a miracle this is happening.”

What convinced you that Bence Boldizs was the right driver for your team?
“Zengő Motorsport’s mission is to give young and talented drivers like Bence an opportunity. He has already proved his abilities in the Hankook Racer Cup and I see a potential champion in him.”

When did you first become aware of his ability?
“We are always following the careers of young drivers. We would like to thank the manager of George Racing Team, Gábor György, for giving us all the useful info about Bence and helping us choosing him from the many other young, talented Hungarian drivers.”

What targets are you setting him for his first season in WTCR?
“We do not have big goals for his first season. I want him to gain as much experience as possible and to cover many kilometres on track with the most professional drivers and learn from the best.”

Once he gains experience what can he go on to achieve?
“Hopefully great success and big achievements! There are many talented Hungarian drivers, but we believe that Bence and Zengő Motorsport can reach big goals in the coming years.”

How do you plan to help Bence overcome his lack of experience?
“We would like to give him as many testing opportunities as possible and our engineers are prepared to use the many gigabytes of data from the last years to help Bence on this tough road. We have completed a whole day of testing when Bence could complete eight sessions of 30 minutes in racing conditions and the results from that day are promising. His time was one of the fastest in the car he was driving. He’s also doing some sim championships with support from our engineers.”

Can you compare him to any of your previous drivers, such as Norbert Michelisz?
“We do not want to compare him to anyone, but we see the kind of ambition, humility, diligence and passion in Bence that we are looking for.”

When do you plan to announce your second driver?
“We are close to signing the contract with an experienced, talented driver whose name will surprise the Hungarian fans. I believe that him, Bence and Zengő Motorsport can reach big goals in WTCR.”