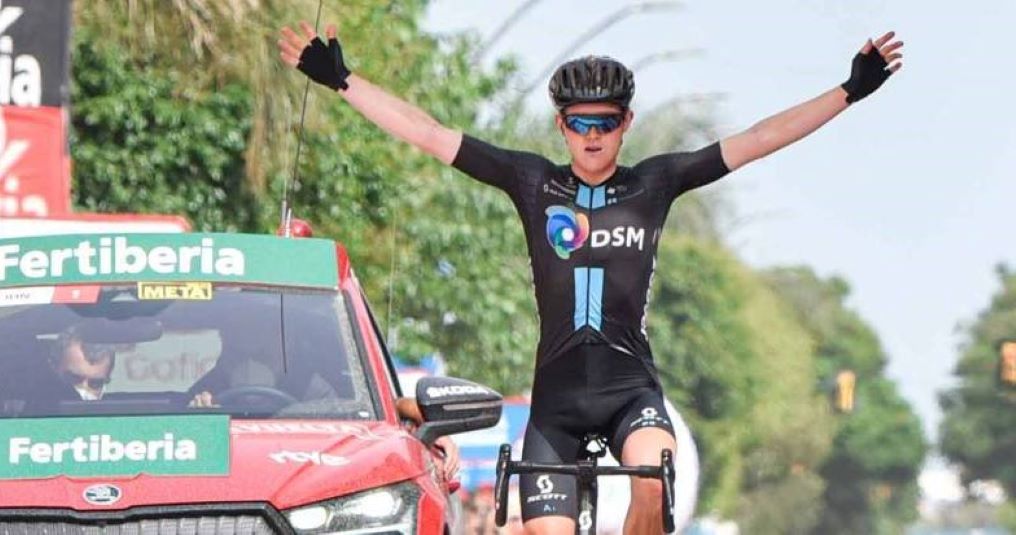 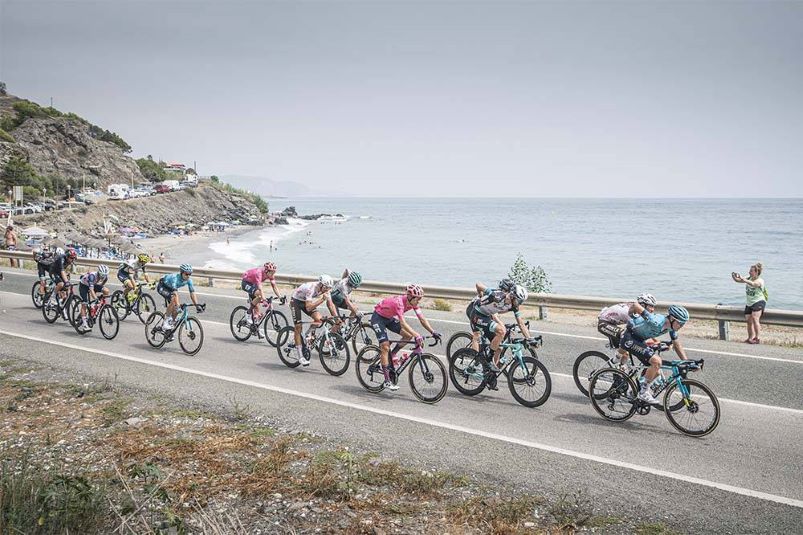 Michael Storer (Team DSM) claimed another solo win in Rincon de la Victoria, at the end of stage 10 of La Vuelta 21, a few days after he dominated the climb to Balcon de Alicante.

The Australian was the strongest rider from an impressive breakaway on the slopes of the Puerto de Almachar, where Primoz Roglic (Jumbo-Visma) also went for a strong attack. But the Slovenian went down on the following downhill.

He quickly got back on his bike to cross the line 11’49’’ behind the stage winner. That gap meant he lost La Roja to Odd Christian Eiking (Intermarché-Wanty-Gobert Matériaux), who was also part of the breakaway. He’s the second Norwegian leader of La Vuelta, 15 years after the iconic Thor Hushovd.

After the first rest day, 171 riders return to action and they’re all wary of echelons ahead of a stage 10 entirely set on the Mediterranean coast. Attacks fly from the start but, with cross-tailwinds, the hard pace doesn’t allow anyone to get away. The peloton already covers 49.3km in the first hour and the battle for the break keeps going.

A huge gap for a huge break

The Olympic Champion Richard Carapaz (Ineos Grenadiers) himself tries – unsuccessfully – to go on the move. Splits appear in the bunch after 65km of hard racing and the green jersey Fabio Jakobsen (Deceuninck-Quick Step) is among the riders caught behind.

A group of 31 attackers eventually emerge at the front at km 87. Among them, Odd Christan Eiking (Intermarché-Wanty-Gobert Matériaux) and Guillaume Martin (Cofidis) are the main threats for La Roja, as they respectively trail by 9’10’’ and 9’39’’. Stage winners Magnus Cort Nielsen (EF Education Nippo) and Michael Storer (Team DSM) also feature in that breakaway, as well as Kenny Elissonde (Trek-Segafredo), who wore La Roja during stage 6.

The peloton take it easier and let them go. Jakobsen returns to the main bunch and the gap quickly increases: 6’ at km 103 (86km to go), and even over 10’ to enter the last 50km. That means Eiking is the virtual leader of La Vuelta 21.

Floris de Tier, Alex Aranburu, Jesus Herrada and Matteo Trentin attack with 35km to go. But they’re quickly caught on the first slopes of the only ascent of the day, the cat-2 Puerto de Almachar (10.9km, 4.9%). After a series of attack, Storer goes solo on the steeper slopes of the climb. Twelve minutes later, Roglic choses the same place to drop all his GC rivals.

Storer dominates the final downhill to become the second Australian rider to win two stages in a single edition of La Vuelta, after Michael Matthews did so in 2013. But Roglic crashes in a curve. He quickly gets back up, but Movistar Team’s Enric Mas and Miguel Angel Lopez catch up to him with Jack Haig (Bahrain Victorious). Felix Grossschartner (Bora-Hansgrohe), Aleksandr Vlasov (Astana-Premier Tech) and Sepp Kuss (Jumbo-Visma) also bridge the gap on the downhill.