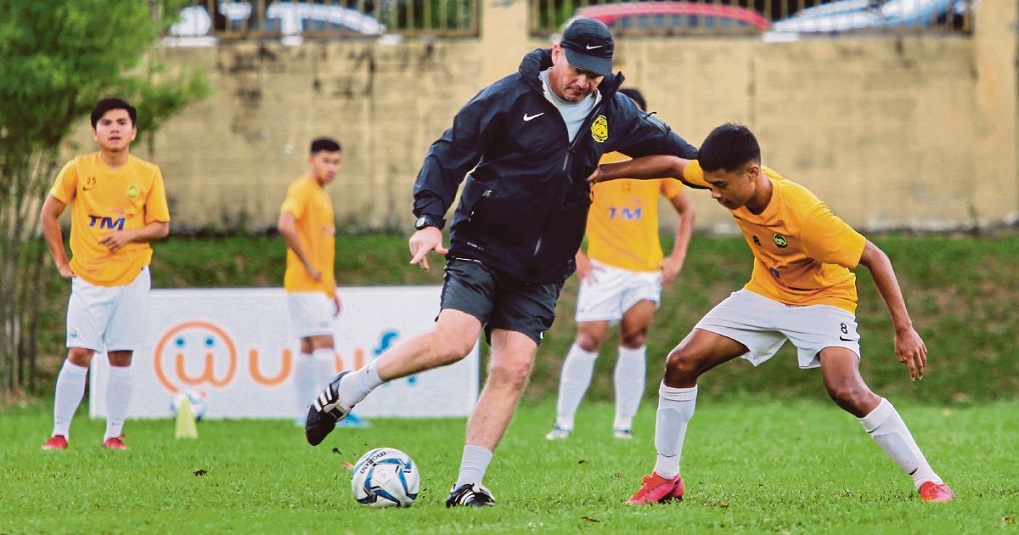 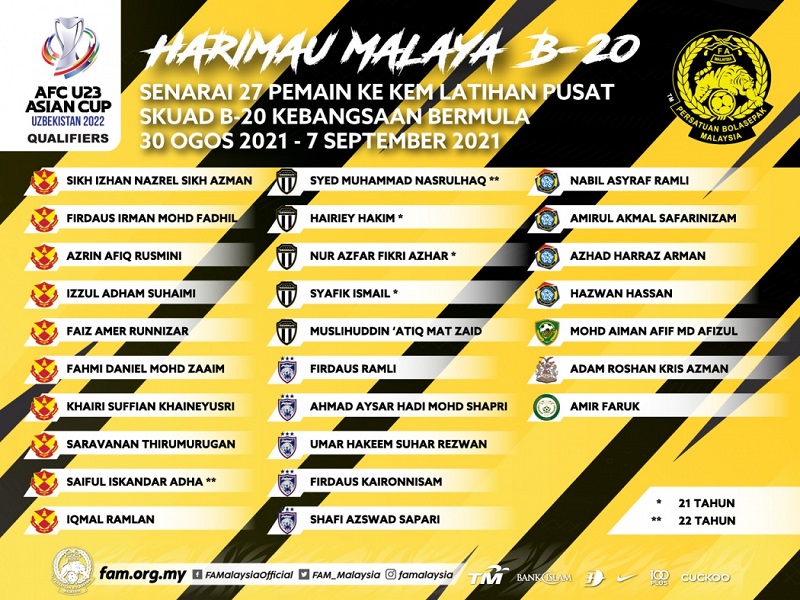 Brad Maloney, the head coach of the Malaysian Under-22 team, has called up 27 players to form the training squad ahead of the qualifying round of the AFC U22 Asian Cup in October.

Phase 1 of the training camp will be held under quarantine for nine days from 30 August to 7 September 2021 with players mostly from the Malaysian Premier League.

In Phase Two, players from the Malaysian Super League and several foreign-based players will join the team from 19 September 2021 onwards.

The Malaysians have been played in Group J of the AFC U22 Asian Cup qualifiers against Laos, Mongolia and Thailand in Ulaanbaatar, Mongolia from 27 to 31 October 2021.