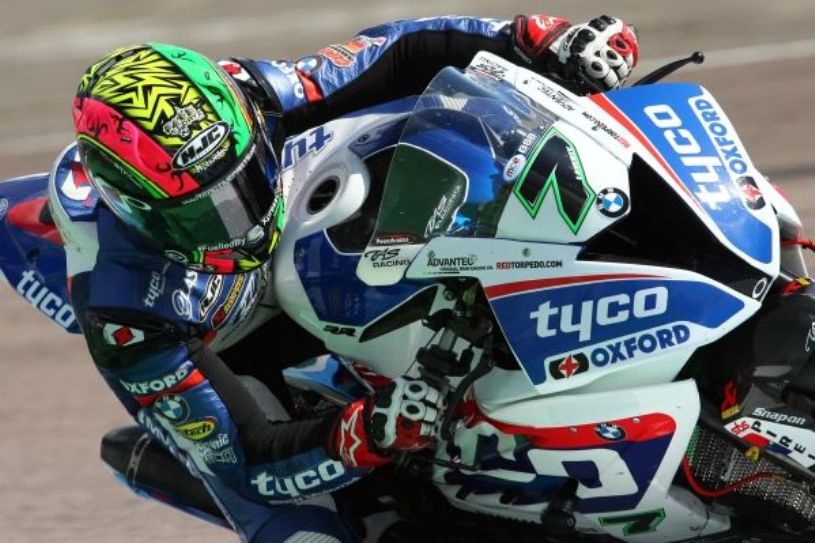 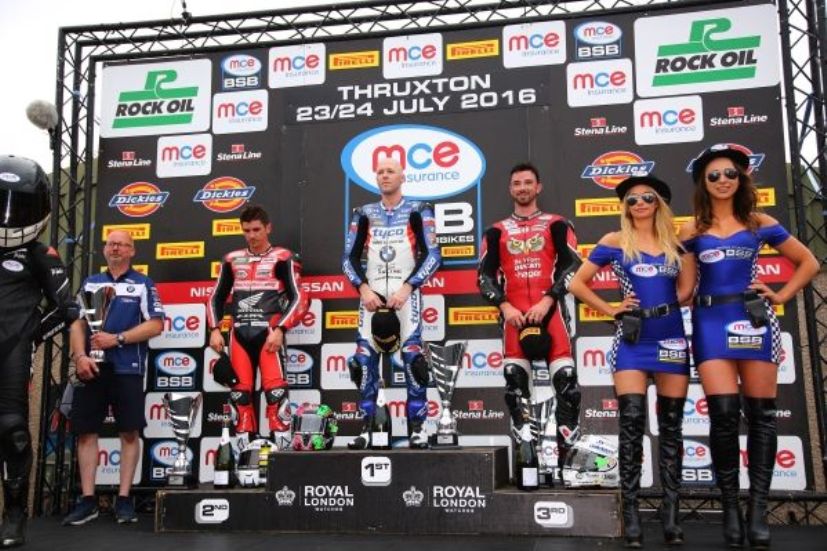 Courtesy of another double win in the International Road Racing Championship (IRRC), Vincent Lonbois (BE) returned back to the top three of the 2016 BMW Motorrad Race Trophy. The Belgian RR rider improved from 17th to third now with 239.55 Race Trophy points. The rankings are still led by Michal Prášek (CZ / AARR STK) with 325.60 points, second place is held by Jordan Szoke (CA / CSBK) with 291.25 points (see full standings below).

For the sixth round of the 2016 British Superbike Championship (BSB), the BMW teams and the experts from BMW Motorrad Motorsport travelled to Thruxton in the South of Great Britain. It turned out to be another successful trip, with wins in the Superbike and Superstock classes.

Tyco BMW rider Michael Laverty (GB) enjoyed a great weekend in the Superbike class (BSB SBK). In race one he stepped onto the podium, finishing second. He even bettered this in race two, when he celebrated his second win of the season on his BMW S 1000 RR. In the championship rankings Laverty improved to fourth. Four other BMW riders claimed top ten results. In race one Richard Cooper (GB / Buildbase BMW Motorrad), Jakub Smrz (CZ / Smiths Racing BMW) and Martin Jessopp (GB / Riders Motorcycles BMW) crossed the line in eighth, ninth and tenth. In the second heat Lee Jackson (GB / Buildbase BMW Motorrad) was tenth.

In the Superstock class race (BSB STK) the BMW riders were once more in a class of their own. No less than eight BMW S 1000 RRs crossed the line in the top ten. The BMW array was led by Buildbase BMW rider Taylor MacKenzie (GB), who celebrated his fourth win of the season. He was joined on the podium by Joshua Elliott (GB / Tyco BMW) in third. Positions four to nine also went to BMW riders: Ian Hutchinson (GB / Tyco BMW) was fourth, followed by Michael Rutter (GB / Bathams SMT), Adam Jenkinson (GB / NEI Motorsport), Alex Olsen (GB / Power Projects Racing), David Johnson (AU / Fleetwood Grab Services) and Chrissy Rouse (GB / CECS / Mission Racing). In the overall standings of the BSB STK, MacKenzie is in the lead ahead of Hutchinson. 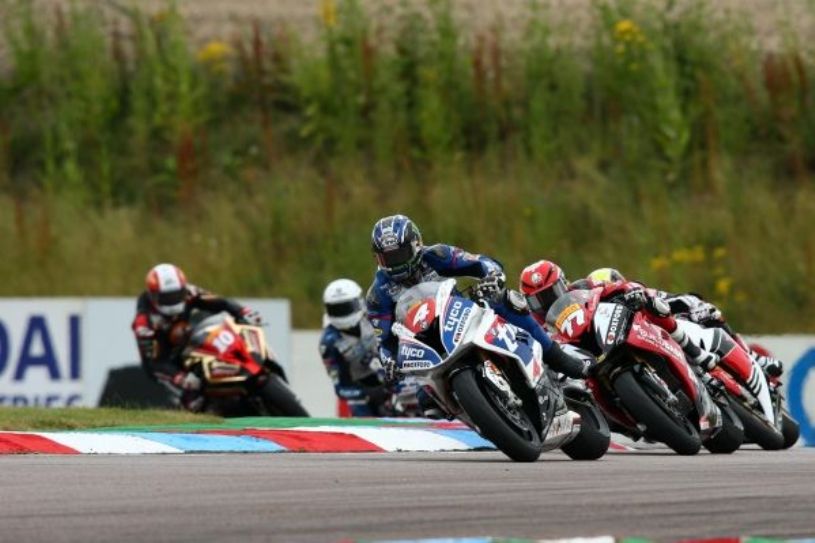 Six races and six victories: BMW rider Vincent Lonbois (BE) is the man to beat in the 2016 International Road Racing Championship (IRRC). Last weekend, the third round of the season was held in Chimay in Belgium. At his home round, Lonbois celebrated another double win on his Herpigny Motors BMW Motorrad Belux team’s BMW S 1000 RR and extended his championship lead.

His team-mate Sébastien Le Grelle (BE) was second once more in both races. Didier Grams (DE / G&G Motorsport) also secured a podium finish, claiming third in race one. The successful outing for the RR riders was completed by Patrick Quintens (BE), who was fifth on both occasions, Petr Bicište (CZ / Kimura Racing Team), who claimed two eighth places, and Christian Wiesinger (AT / PSV-Wels Motorsport), who finished ninth in race one.

After a long break, the 2016 season in the Malaysia Superbike Championship (MSC) resumed last weekend with the second round at the Sepang International Circuit near Kuala Lumpur (MY). On this occasion the BMW riders celebrated one win and two further podium finishes.

In the Superbike class (MSC SBK) Colin Butler (CA / AP Racing) took his first victory of the season. Butler won race two after he had already finished second on the podium in race one. Another podium finish for the BMW S 1000 RR followed in the second race of the Superstock class (MSC STK) when Linggam Rammoo (MY) was third.