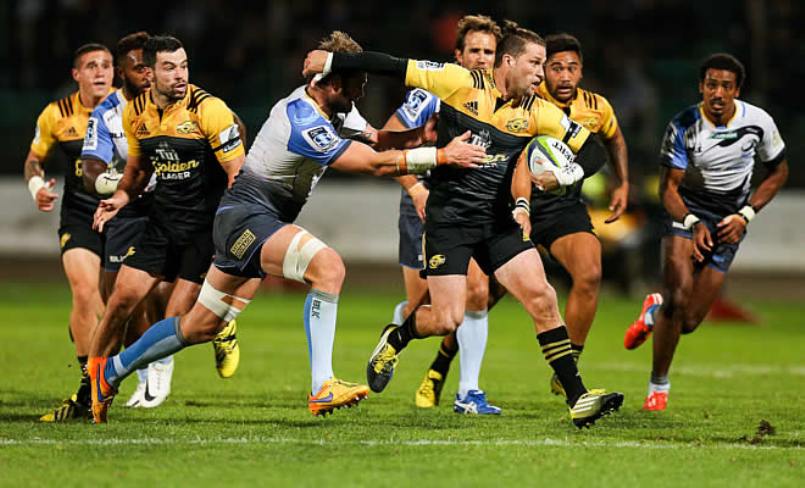 Super Rugby will retain its much-criticised conference format next year, while tweaking kick-off times to trial Thursday night matches and increase the number of afternoon games.

But the expanded competition — which straddles 16 time zones and four continents — resulted in complaints of lopsided contests, exhausting travel schedules and a fragmented four conference system seen as too complex.

In addition, the new teams struggled, particularly the Sunwolves, who managed just one win from 15 matches.

SANZAAR chief Andy Marinos on Tuesday unveiled an unchanged format for 2017, saying: “The new season is set to be another enthralling, action-packed one.”

He predicted the new clubs would be more competitive next year.

“It is anticipated that all three teams will be better for the experience of 2016 as we look forward to seeing their continued improvement,” he said.

“Super Rugby continues to be the toughest rugby tournament in the world.”

The season kicks off with the Melbourne Rebels playing the Auckland Blues at home on Thursday, February 23, and culminates in the competition final on Saturday, August 5.

The Sunwolves, who did not play any New Zealand teams last year, face a daunting start to the season against defending champions Wellington Hurricanes in Tokyo on February 25.

The Japanese will play four of their home matches in Tokyo and three in Singapore.

The first South African match is a local derby between the Central Cheetahs and Golden Lions in Bloemfontein.

There will be a short mid-season pause and some split rounds in June and July to accommodate international fixtures, including the British and Irish Lions tour of New Zealand.

The Australian Rugby Union said experimenting with Thursday night matches in the first two rounds of the season would “extend the Super Rugby weekend for fans”.

Each Super Rugby team plays 15 matches and has two byes in the 17-round regular season.

The eight finalists are made up of the four conference winners and four “wildcards”. – Agence France-Presse