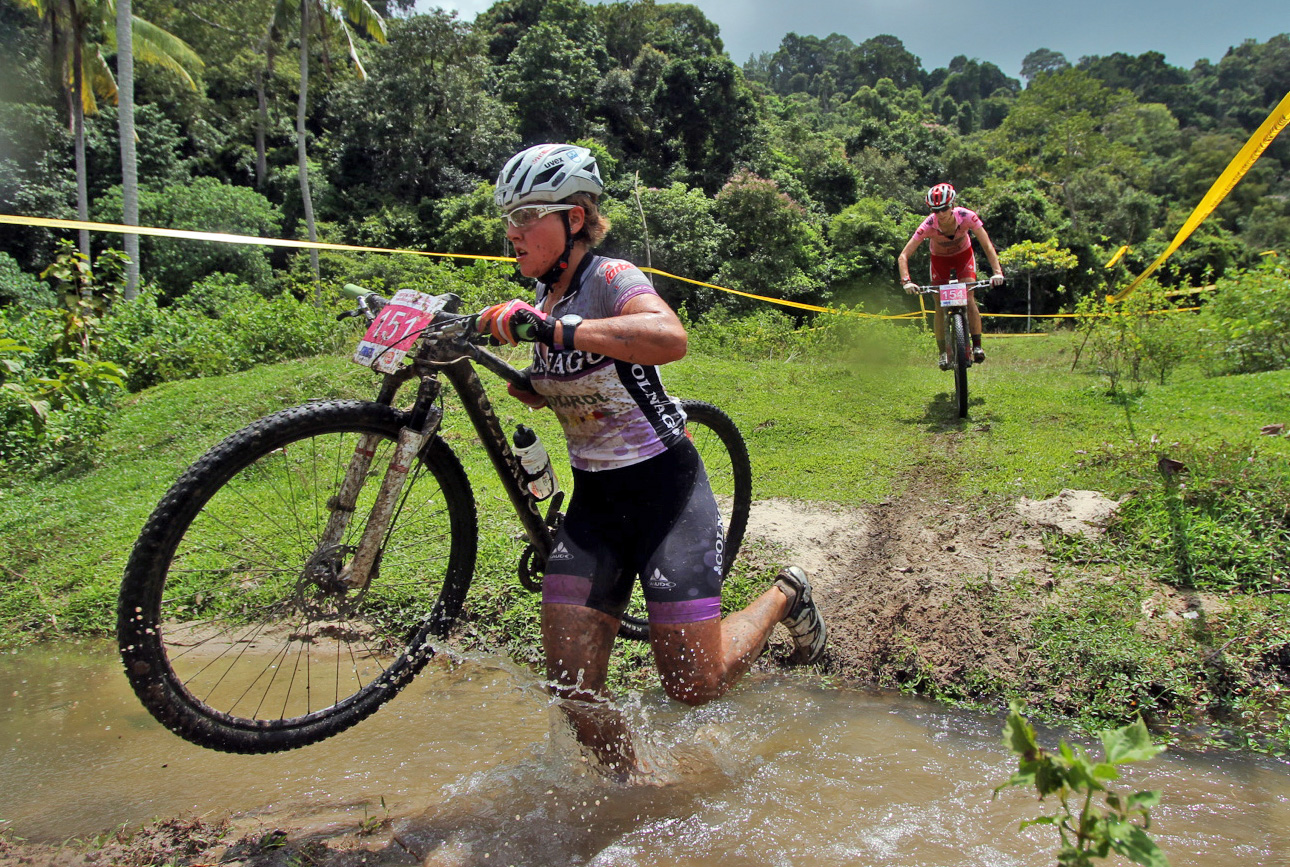 KUALA LUMPUR: The Women’s Elite title of the Tradewinds-Langkawi International Mountain Bike Challenge (LIMBC) 2014 on Oct 13-18 could witness a three-way tussle involving European riders in the absence of two-time champion Lea Davison of the United States.

The race is wide open for Nathalie Schneitter, Eva Lechner and Blaza Klemencic to stamp their mark and conquer Langkawi following Davison’s decision to skip the 2014 edition as she struggles to recover fully from a second hip surgery earlier this year.

Former Italian champion and cross country specialist Lechner was placed third in the Women’s Elite last year, as Lea romped home to her second successive crown in an emphatic manner. Lechner who competed in the London Olympics in 2012, was fifth overall in the general classification in LIMBC 2012.

Swiss rider Schneitter, a team mate of Lechner at Colgano Sudtirol, was the undisputed queen of Langkawi in 2011, winning four stage races en route to the title and has been a regular to LIMBC ever since.

Klemencic, the pride of Slovenia and two-time Olympian, comes with the reputation as an European MTB marathon champion in 2004 and may well turn out to be the darkhorse.

Others aiming for the podium are Jovana Crnogorac of Serbia and Katherine O’Neill of New Zealand.

The Tradewinds-LIMBC 2014has entered its fifth year, and for the second consecutive year, the UCI World Mountain Bike Marathon Series where the top 20 riders gain a ticket to the 2015 UCI Mountain Bike World Championship acts as the prelude to the stage race.

It was also in 2013 that LIMBC bore witness to the first champion from Asia – Kohei Yamamoto (Japan) of the Team Specialized Racing, with Davison defending her title in theWomen’s Elite after overcoming a challenge from an increasingly strong women’s field.

Tradewinds-LIMBC remains the only multi-stage MTB race in South East Asia with the most lucrative cash prizes on offer, a total of more than US$150,000 to be won and has grown from strength to strength over the years. Race organisers Human Voyage Sdn Bhd remains committed to improving the event on a continuous basis.The Langkawi Development Authority (LADA) also supports this event for the fifth consecutive year.