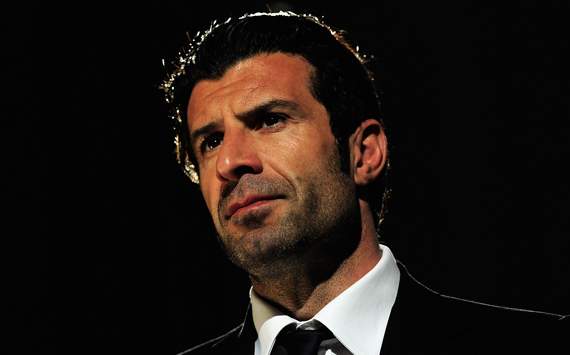 Two others who had been considering making bids – former France international forward David Ginola and ex-FIFA executive official Jerome Champagne – both failed to get the necessary backing from five national associations.

A FIFA statement said that the candidature dossiers would next go before the investigatory chamber of an independent Ethics Committee to carry out integrity checks on the four men within ten days.

“Upon receipt of the results of the integrity checks, the (FIFA) Ad-hoc Electoral Committee will reconvene in order to review all of the submissions and validate their compliance with the applicable FIFA regulatory provisions.

“Following this process, the Ad-hoc Electoral Committee will formally admit and declare the candidates who are eligible for the office of FIFA President.”

After that the FIFA executive committee will meet in Zurich on May 29 and decide if Blatter will get a fifth term as president or bring in a new man.

The 78-year-old Swiss bureaucrat is seen as an outstanding favourite to win a new term despite a storm of protest over the way he runs the organisation.

His reign has notably been tarnished by accusations of corruption stemming from the bidding process for the 2018 and 2022 World Cups, which were awarded to Russia and Qatar respectively.

The controversies have seriously eroded his support and tarnished his reputation in European strongholds like England, Germany and the Netherlands, but he still enjoys wide support in Asia, Africa and Oceania.

On top of that the success of last summer’s World Cup in Brazil, despite earlier fears over the state of the organisation, has further boosted his status.

Champagne, a former FIFA deputy general secretary, was for a long time the only man to declare his intention to challenge Blatter for the post.

But on Monday he announced his withdrawal from the contest in a letter to national associations where he blamed European-governing body UEFA and the “institutions” mobilising to eliminate him.

He said he had secured three nominations but other associations feared reprisals if they backed him.

“The reasons were numerous. Because they feared reprisals from their confederations having issued “recommendations”.

Ginola, whose late entry as a potential candidate took many by surprise, ended his bid on Friday after he failed to receive the required five nominations from football associations needed to continue.

Figo and van Praag both announced their candidatures last week while Prince Ali launched his campaign at the start of the year.

All three were successful in getting the minimum of five national associations to back their bids.  – Agence France-Presse