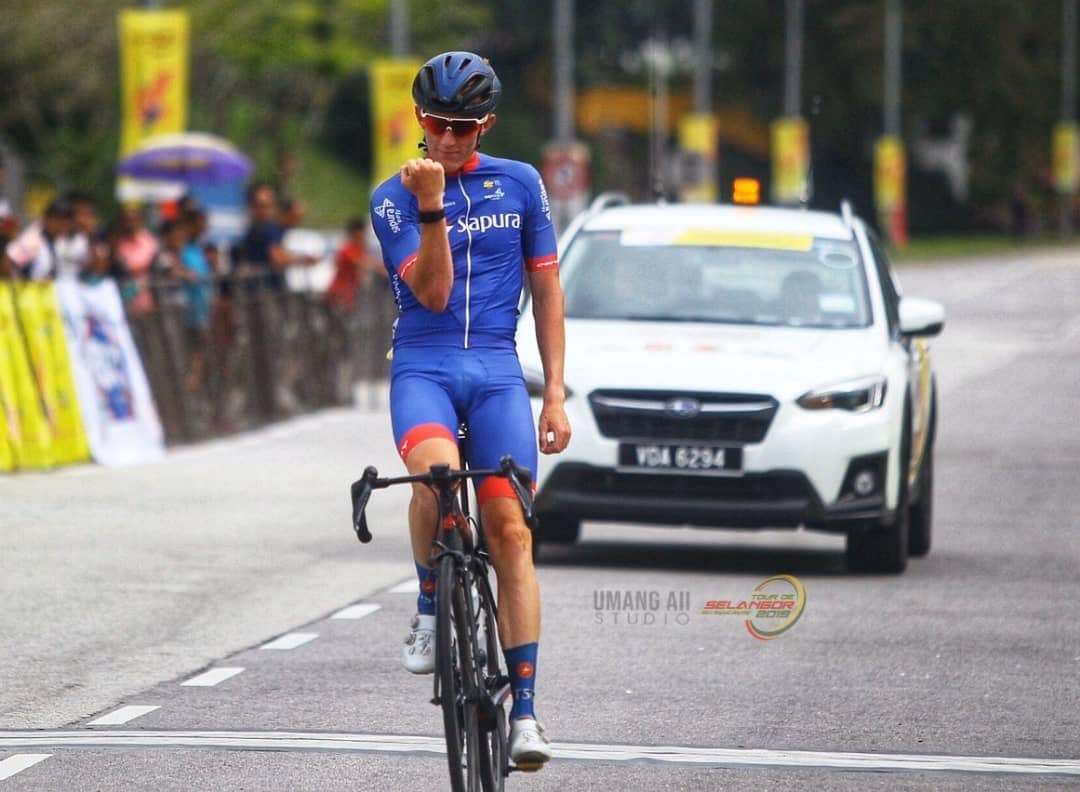 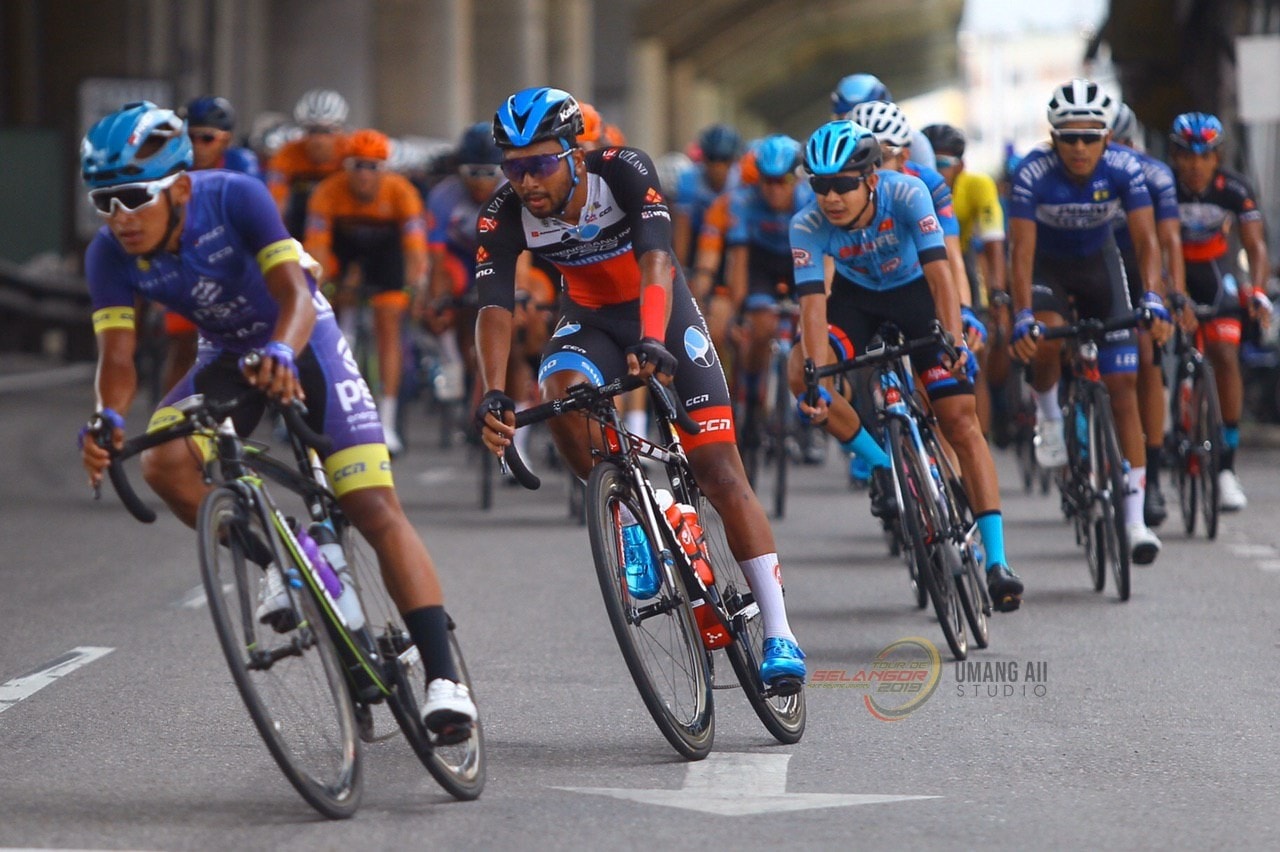 Team Sapura Cycling’s Marcus Culey launched a solo attack at the foot of the final summit, about 20km from the finish to solo to victory in Stage 1 of the Tour de Selangor 2019.

Culey also swept top spot in all three categorised climbs of the day fpor a maximum 14 points to hold a commanding lead in the mountains classification, 8 points ahead of second placed Desriac.

The 176.9km opening stage from Pulau Indah to Batang Kali saw the peloton active from the start, with several prospective breakaway groups forming in the earlier part of the stage before the quintet of Culey, Desriac, Benedikt Helbig of Team Embrace the World, Terengganu Inc-TSG’s Mohd Afiq Huznie Othman and Nguyen Hoang Sang of Bikelife Dong Nai established themselves as firm leaders after the midway point of the stage when spots of rain began disrupting the rhythm.

After pulling away from a chase group of 10 riders that hung on until the start of the undulations, featuring three categorised climbs at Puncak Templer, Sungai Tua and Hulu Yam that dotted the final 25km of the stage, when the lead quintet proved unstoppable as they pushed on.

The leaders worked in unison until they arrived at second summit in Sungai Tua, when with about 25km to go, Culey launched a solo attack which not only saw him progress unchallenged.

But Culey’s solo push split the lead group as they scattered to chase him down, eventually establishing significant gaps between the top 5 positions in the general classification at the end of the stage.

Culey, who penned his name among the elite riders of the UCI Asia Tour in April when he won the opening stage of Le Tour de Langkawi, also with a solo breakaway, said he saw the chance to establish a significant time gap to give the team a commanding hold on the yellow jersey. 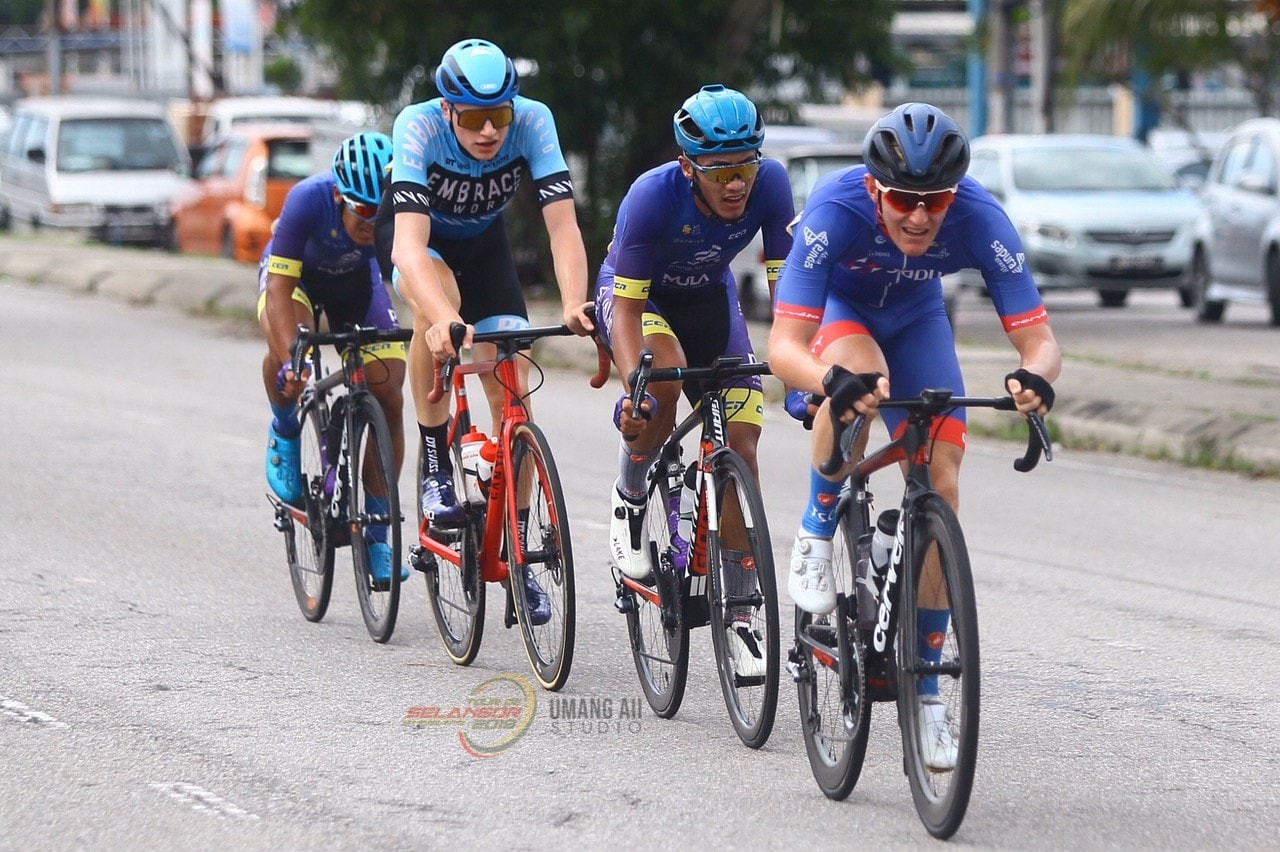 “It was a tough stage, with the rain. It was warm but it was good for bike racing. I was training in Melbourne last week and I put in some work on power. I did put in some good efforts, so I thought I would come here in pretty good shape,” said Culey.

“In the race today, there were groups coming and going, but when we got that group of 5 established maybe about 80km into the stage, I was confident. We have the yellow jersey, so we will maybe have to get the boys to control the race a little bit. We will take it day by day. We’ll sit down tonight and have a look at tomorrow’s stage to see what we can plan,” he added.

Sapura completed a clean sweep of the leaders’ jerseys when 22-year old Muhamad Nur Aiman Mohd Zariff finished seventh on the day, to take the lead in the Young Riders classification, holding a 2 minutes and 16 seconds lead over second placed Rachmad Noka Wibisono of the PGN Cycling Team, while Australian Bentley Niquet-Olden of the Carnegie Caulfield Cycling Club is third, 4 minutes and 23 seconds behind Nur Aiman.