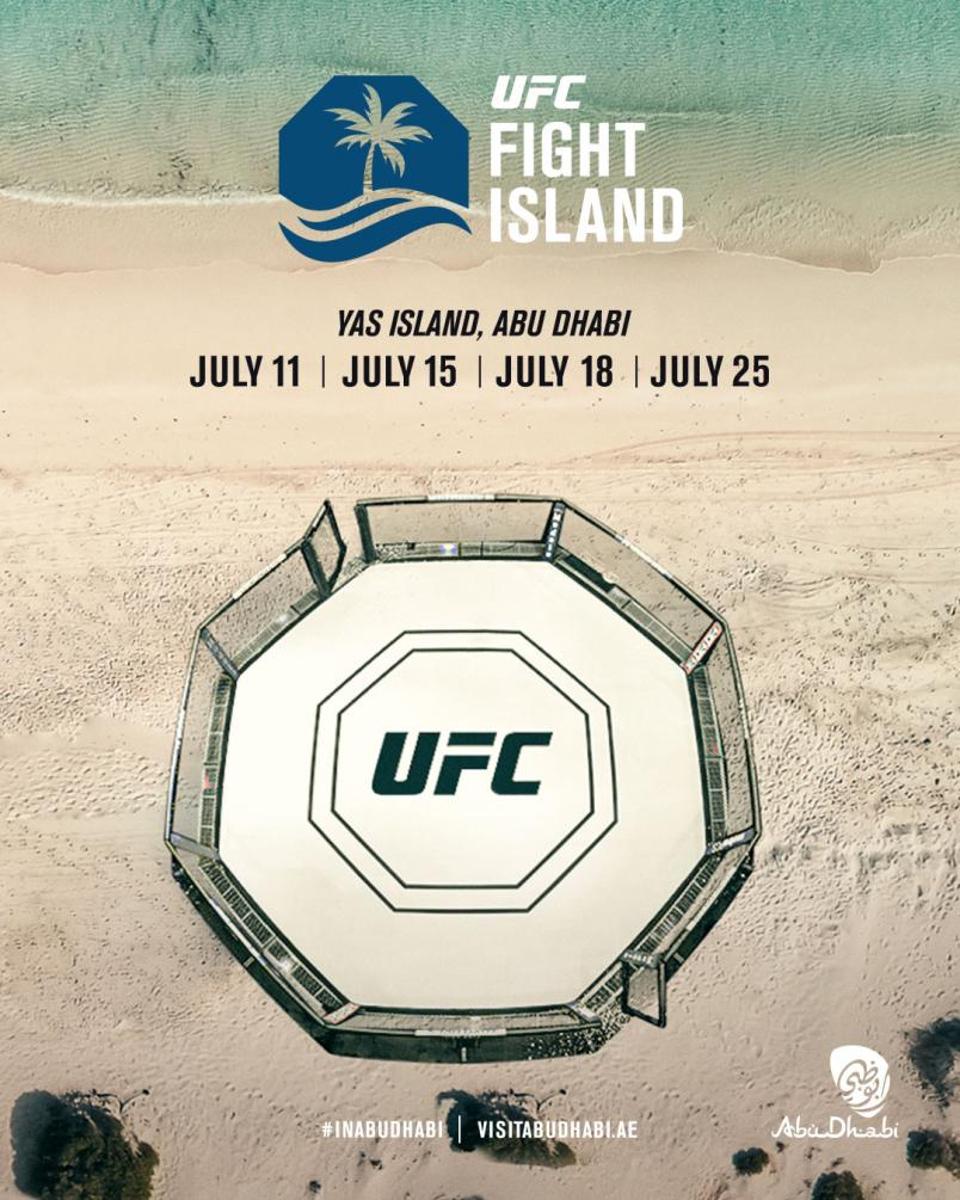 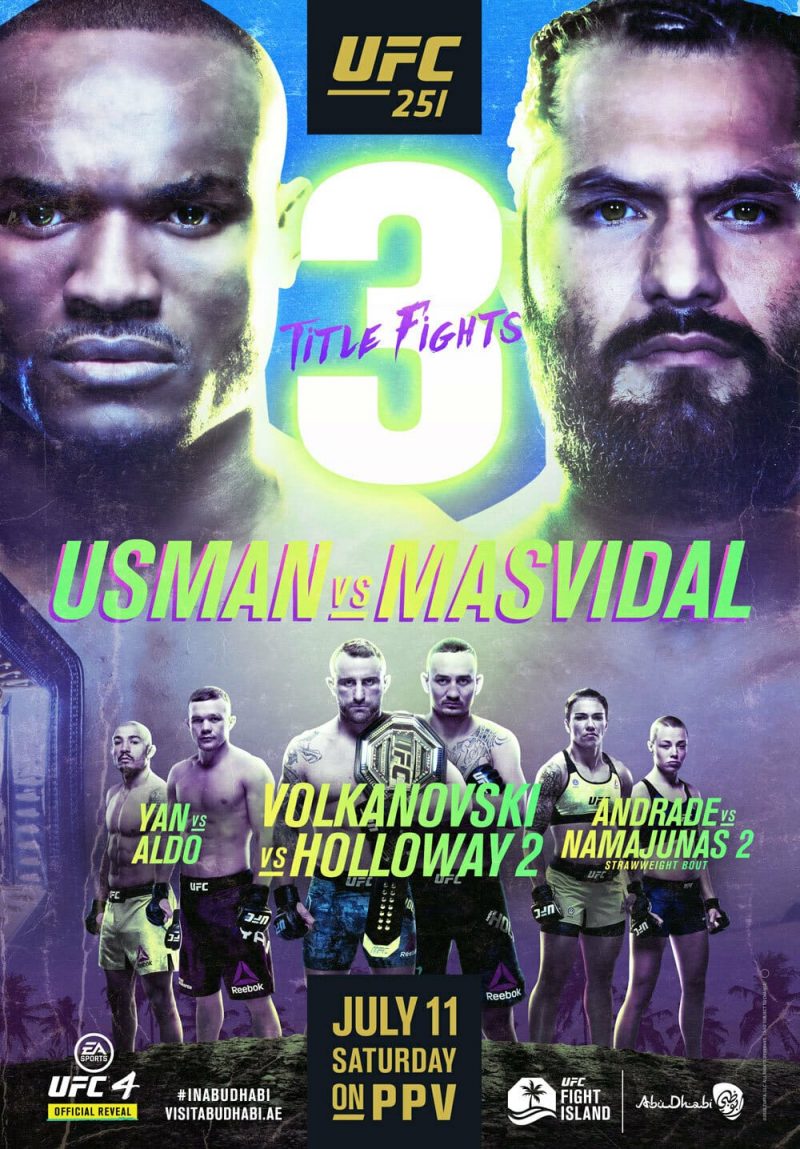 UFC holds its first in a series of events on UFC FIGHT ISLAND, headlined by a trio of world championship bouts his coming Sunday morning, July 12.

Welterweight champion Kamaru Usman will go for his second successful title defense when he takes on late stand-in No. 3 ranked holder of the BMF belt Jorge Masvidal.

In a featherweight championship rematch, Alexander Volkanovski defends against former
champion and No. 1 contender Max Holloway.

All events on UFC FIGHT ISLAND are the result of a partnership with the Abu Dhabi Department of Culture and Tourism.

Initially turning heads by winning season 21 of The Ultimate Fighter, Usman (16-1, fighting out of Boca Raton, Fla. by way of Auchi, Nigeria) has been unbeaten for over seven years.

After earning a dominant victory over Tyron Woodley to capture the UFC welterweight championship in early 2019, Usman closed out the year by delivering a thrilling knockout victory over heated rival Colby Covington.

Usman now aims to secure his second successful title defense. Masvidal (35-13, fighting out of Miami, Florida, USA) rises to the occasion on fight week to match Usman on short notice. The No. 3 ranked welterweight secured the “BMF” belt in a thriller against fellow bruiser veteran Nate Diaz at UFC 244.

Prior to that, Masvidal scored the fastest knockout in history with a 5-second knee to the head of Ben Askren. This title match opportunity is yet another chance for Masvidal to cement his legacy.

Volkanovski is now gunning to go 2-0 against Holloway and begin building his own
legacy as a dominant featherweight champion.

A former UFC featherweight champion, Holloway (21-5, fighting out of Waianae, Hawaii) is looking for a measure of revenge against the man who took his belt.

Holloway now has his sights set on evening the score with Volkanovski to reclaim his featherweight championship.

Unbeaten for over four years, Yan (14-1, fighting out of Yekaterinburg, Russia) has quickly emerged as one of the top bantamweights in the world since joining the UFC roster with a KO victory against Teruto Ishihara in 2018.

Since then, he has secured impressive wins over Urijah Faber, Jimmie Rivera and John Dodson. Yan now looks to take out another legend and achieve his dream of becoming UFC champion.

Among the greatest fighters in MMA history, Aldo (28-6, fighting out of Rio de Janeiro, Brazil) hopes to become the eighth athlete to win championships in two UFC divisions.

A two-time UFC featherweight champion, Aldo holds sensational victories over some of the biggest names in the sport, including Frankie Edgar (twice), Chad Mendes (twice) and Urijah Faber.

Aldo now aims to capture the vacant bantamweight championship and add to his incredible legacy.

Additional bouts on the card include:
 In a rematch of former women’s strawweight champions, No. 1 ranked contender Jessica Andrade (20-7, fighting out of Niteroi, Rio de Janeiro, Brazil) runs it back with No. 2 Rose Namajunas (9-4, fighting out of Denver, Colo.)